‘I adopted a girl after two biological sons. Now they are three happy siblings’

Raksha Bandhan 2019: "When you adopt older kids, you need to keep in mind that they remember their past. My daughter was three years old when she came to us. Every time we went back for court hearings and she saw her previous caretaker, she would get frightened." 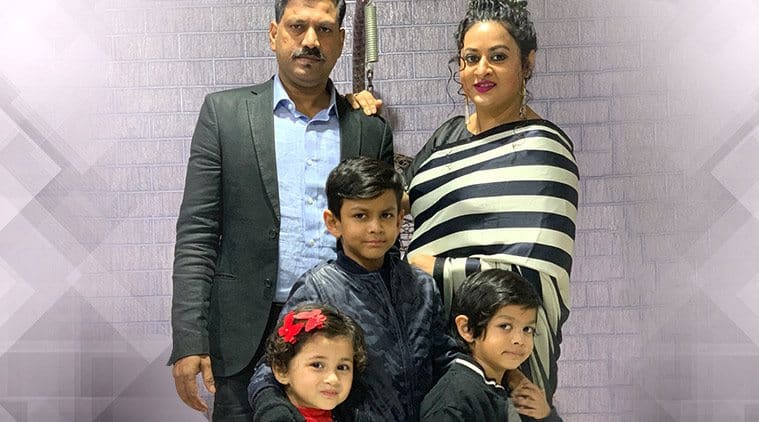 Raksha Bandhan 2019: Sheik Jenia, a mother from Gurugram, adopted a girl child last year after having two biological sons. The mother shared her experience of raising the three children together with Express Parenting. Here’s her story, in her words:

‘I wanted a girl. That’s when adoption came to my mind’

I have two boys and one girl. My boys, eight and six, are my biological kids. My husband and I wanted a girl. When I had my first child, I had no expectations with regard to gender and just wished for a healthy baby. When we planned our second baby, we hoped for a girl. And I gave birth to a boy. I remember telling my doctor in the operation theatre, ‘I will come back again.’

Life was back to normal but deep down, we felt a sort of void and wished for a girl. Getting pregnant for the third time would not have guaranteed a girl child. That’s when adoption first came to my mind around December 2016. I started reading more about it. I posted my queries in social media groups and got in touch with many adoptive parents. The other step was to convince myself that I was ready for a third child and for adoption. Not many couples plan for three kids these days. So, I had to think of financial aspects, physical health, among other things. I was 31 then and thought I could have another kid.

‘My parents took time to accept’

Through social media groups, I got in touch with parents who had both biological and adopted kids. The more I spoke to families, the more confident I got. My husband was supportive although he had some reservations about whether family members would accept it. We had no one in the family who had adopted before; we were the first ones. So, he took two to three months and was finally on board. I also spoke to my parents and later my mother-in-law about the decision. They were upset at first since they come from a generation which believes that adoption is only meant for those who are unable to conceive. Even I took six months to convince myself and so, they obviously needed more time to come to terms with the decision. My elder sister was apprehensive about the adopted child being bullied by family members. And that is not uncommon. 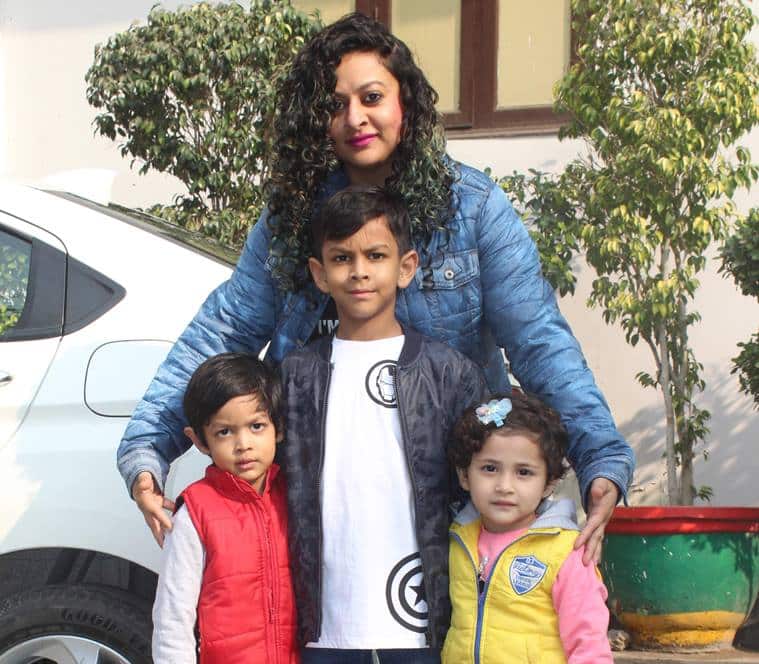 I found out that the adoption procedure in India takes 18-24 months. So, I had enough time to convince my family. Finally, I registered for adoption in January 2017. And in October 2018, we brought our daughter home.

‘I adopted an older child’

I opted for an older child, between two and four years old. When I was going through the process of adoption, I realised that a child is after all a child, be it a newborn or older kid. Since the trend in India is to adopt younger kids, I wondered what happened to the older kids. The older the kids get, their probability of getting adopted lessens, for no fault of theirs. I spoke to my husband and thought that I already had two kids and had been through the stage of taking care of infants and getting an older child meant all of them would get to play together. That way, I realised it would be easier for me to manage them.

‘I introduced my son to books on adoption’

When I registered for adoption, my elder son was five-and-a-half years old and was old enough to understand. Of course, I did not use the term “adoption”. I asked him, ‘Do you want a sister?’ I explained to him the concept of orphanages and about kids without parents. I introduced him to some age-appropriate books on adoption. I told him we would bring his sister home and he was excited. By the time we got a match from the adoption centre, my elder son was seven-and-a-half and the younger one was four-and-a-half years old. When I told my younger son, he said, ‘Mama, I want a newborn baby.’ But we were adopting a three-year-old girl. So, he wasn’t really happy initially because he wanted to play with a baby.

What worked for me was that I constantly kept telling my kids about adopting my daughter. I got the room renovated, got a bunker bed for the three kids, and a third study table. The more I spoke about this, the more were they accustomed to the fact that a new member would be coming soon. When I finally showed them pictures of my daughter, they were super-thrilled. I involved my kids in the whole process like shopping for my daughter, buying toys to taking them along to the orphanage where my daughter was from. My elder son cried on seeing them.

Now, they are like three normal and happy young siblings who play and fight together. When my daughter was home, she was more comfortable with her brothers than us. My daughter took time to accept her father. May be she wasn’t used to a male presence earlier. With me, she was fine. But she did not have issues in bonding with her brothers. Having kids really worked for me in the adoption process.

‘My daughter was frightened’

My daughter will complete one year of homecoming in October 2019. When you adopt older kids, you need to keep in mind that they remember their past. My daughter was three years old when she came to us. So, she definitely remembered her past. Every time we went back for court hearings and every time she saw her previous caretaker, she would get frightened. She would think that her parents were going to leave her with the caretaker. She had meltdowns, would hold our hands tightly and cry. We were also not experts in handling the situation. I constantly kept telling her, ‘We are your family and we will go back home.’ Initially, she would get scared in shopping malls and throw tantrums. I would tell her on our way to the mall that we will come back home again and eat her favourite dish. And tell her how much we love her. The constant reassurance worked for us. Be it a birthday party or going to a park, I have to do it constantly. At times, it would get frustrating for us, but we did not have any choice. We also went for family vacations together, which also helped us bond.

My family members took time; there are still some who are gradually coming to terms but they are all good to my daughter and make no difference between her and the other kids in the family. And that’s all I want.

Now, we have started grooming and disciplining my daughter. After all, I need to maintain a balance between all three of my children. Sometimes, she gets angry if she is not allowed to do something but we make her understand the difference between right and wrong. My sons have equally helped in reassuring her.