A father who thought he was donating his daughter’s body to science is seeking to have her returned to him, almost five years after finding out he was fooled into giving her body to alleged black market dealers.

John Butsch’s 26-year-old daughter Alexandria died suddenly in 2014, CBS 2 Chicago reported on Monday. He told the outlet she wanted to be donated to science, so he brought her remains to the now-closed Biological Resource Center of Illinois, near Chicago.

Months later, the FBI raided the center and shut it down.

He said the family had received some of her ashes, but added: “We have no way of knowing whether or not these are her ashes. Well, in fact, we’re pretty convinced they’re not because she’s in a freezer in Detroit.”

According to the outlet, officials said most of her body was found in a raid of the Biological Resource Center and is now being kept in a federal holding place in Detroit.

“If they had cremated her there would be no parts to take to Detroit,” Butsch said. “So those ashes couldn’t be hers.”

The two men who allegedly ran the Biological Resource Center of Illinois were federally charged in Michigan in early April. Their case is still open and their plea dates have been set for June, CBS 2 reported.

Donald Greene Sr. and Donald Greene Jr. allegedly sold body parts infected with diseases including HIV, sepsis and hepatitis and knew they were infected, CBS 2 Chicago previously reported. The father and son duo reportedly sold the body parts from 2008 to 2014. 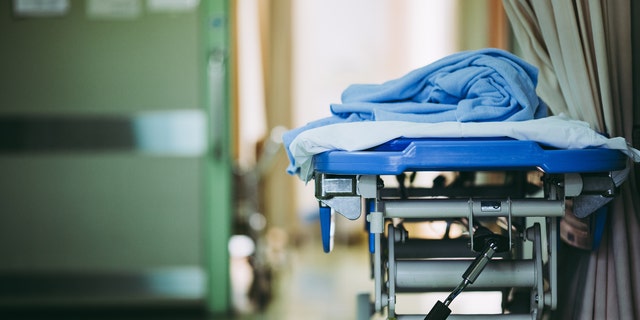 According to the outlet, people who donated the bodies of their loved ones to the center had been promised they would be donated for medical research, but they would actually be kept on ice and allegedly sold, some for up to $100,000, according to a search warrant.

Federal prosecutors said the people who bought the bodies reportedly did not know they had tested positive for infectious diseases.

Greene Sr. was charged with wire fraud while his son was charged with intentionally concealing a crime. Those charges are related to an investigation that saw the arrest of a Detroit-area man who was sentenced last year to 9 years in prison.

Arthur Rathburn was convicted of fraud and shipping hazardous materials last May. Investigators said he regularly provided body parts to medical associations for various seminars but didn't tell them that the parts came from people with infectious diseases.

The Associated Press contributed to this report.

8 Things To Consider Before Moving In With Your Partner

High blood pressure: Does your headache feel like this? When it could be something serious
Health News