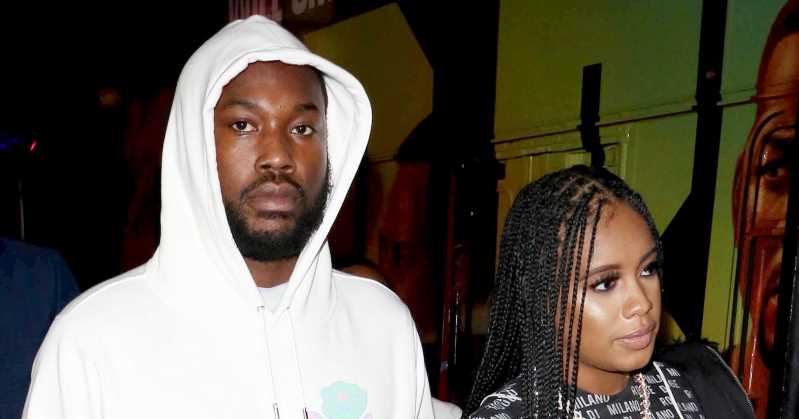 Baby on board! Meek Mill confirmed his girlfriend Milan Harris’ pregnancy for the first time on Wednesday, February 5.

“My girl is with me pregnant watching me tweet about my ex is very clownish,” the rapper, 32, wrote in a since-deleted tweet during a Twitter feud with ex Nicki Minaj. “Ima exit.”

The Philadelphia native, who welcomed sons Murad and Rihmeek in past relationships, hadn’t previously spoken of Harris’ pregnancy, although she broke the news in December 2019. 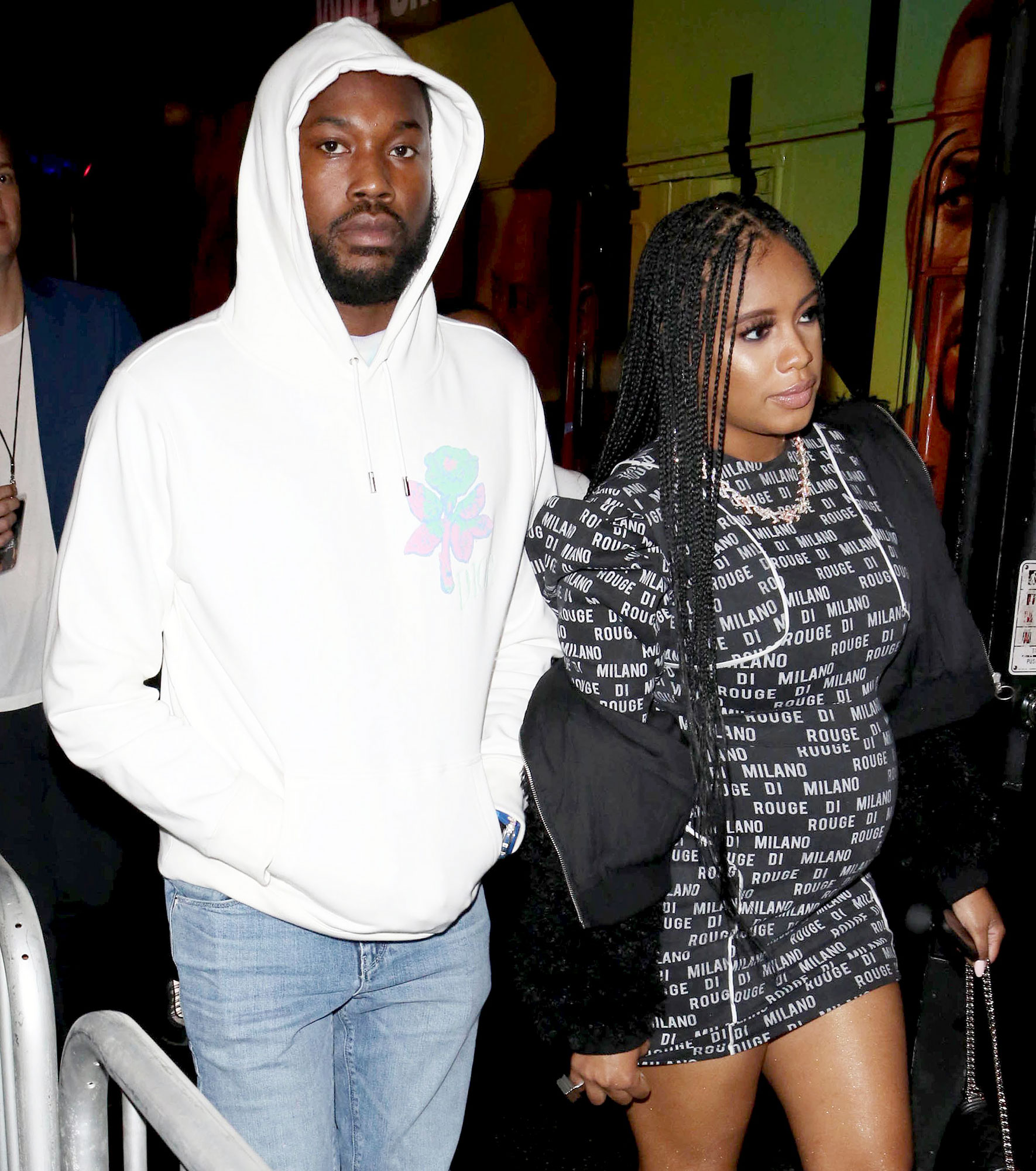 “For the first 3.5 months I’ve been super sick and unable to work and move like I use to do,” the fashion designer 30, captioned an Instagram video of her rubbing her budding belly on a runway. “The moment I started feeling even a little better & had more energy I wanted to do my annual fashion show because I pushed it back 2x already this year. I’m a creative, so I didn’t want to announce my pregnancy to the world or even to my family with just a photo of my baby bump.”

The pregnant star went on to write, “I wanted to create a moment that I could cherish and remember forever. We planned this show in 6 weeks and I have to say this was the hardest show we’ve planned to date but all in all I’m so happy with the turnout.”

The Milano Di Rouge clothing creator has been showing off her pregnancy progress ever since. “Woke up and felt my little baby moving,” she wrote on Instagram the following week. “I can’t wait to meet my mini-me. I’m going to give so many kisses, so much love and heartfelt hugs to my little baby. A dream come true.”

Two months prior to her announcement, Harris denied rumors that she was dating the “Going Bad” rapper during a Boom 109.3 interview and called him her “homie.”

Mill previously dated Minaj, 37, and the Grammy nominee confirmed their split in January 2017. “To confirm, yes I am single. Focusing on my work & looking forward to sharing it with you guys really soon,” Minaj tweeted at the time. “Have a blessed New Year. Love u.”