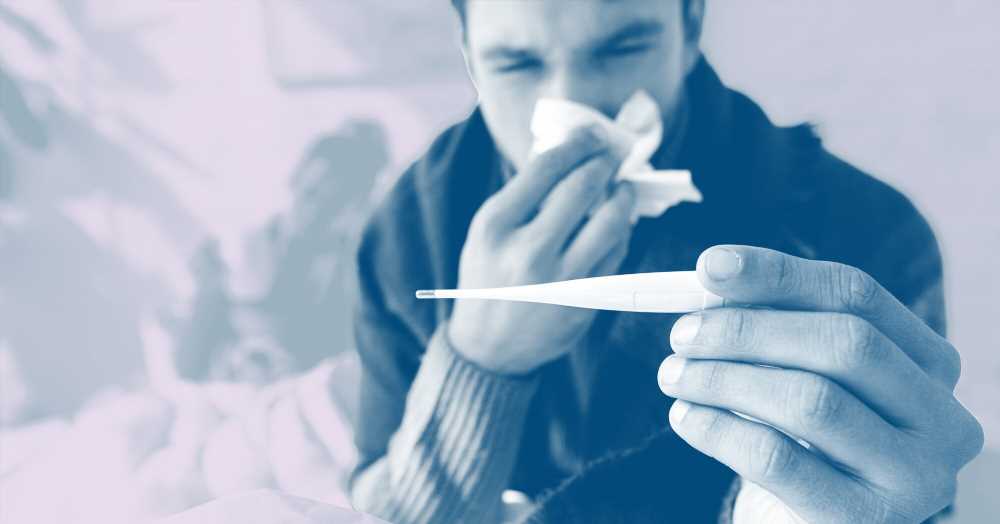 When a 25-year-old man from Southern California experienced headaches, fever, chills, and muscle pain in July, the first thing his doctor did was test him for COVID-19. The patient tested negative, but his symptoms persisted and he sought care at the emergency department. Eventually—after another negative COVID-19 test and almost three weeks of symptoms—he was diagnosed with murine typhus, a flea-borne illness.

According to a case report published in BMJ Case Reports on November 3, the man was febrile (showing a fever) with a temperature of 38.4 degrees Celsius (101.12 degrees Fahrenheit) when he first attended the emergency department. It was at this point that he tested negative for COVID-19 for the second time. His vital signs were stable and his physical exam was normal, so he was treated with oral ibuprofen and discharged with a diagnosis of presumptive viral syndrome.

A few days later, the man reported persistent fevers, cough, body aches, and vomiting during a follow-up with his doctor on the telephone. He also had new back pain, and his temperature had reached a high of 39.9 degrees Celsius (103.82 degrees Fahrenheit). At this point, he was advised to attend urgent care, and by the time he got there he had a pulse rate of 125 bpm (a normal resting pulse rate for an adult is 60 to 100 bpm, per Cleveland Clinic) and slightly lower temperature.

Again, his physical exam was normal. He was treated with antibiotic and pain relief meds, and discharged with azithromycin, an antibiotic used to treat a number of bacterial infections. But he continued to experience daily, persistent fevers, as well as cough, chills, body aches, headache, dizziness, fatigue, and diarrhea. On day 14 of his illness, during another telephone consultation with his doctor, he revealed that he was a dog trainer. It was at this point that he was tested for murine typhus, a disease transmitted by fleas—and everything fell into place.

What is murine typhus, and how do you get it?

Flea-borne (murine) typhus is caused by a bacteria called Rickettsia typhi and spread to people through contact with infected fleas, says the Centers for Disease Control and Prevention (CDC). Here's how it happens: Fleas get infected when they bite infected animals. They poop as they feed, and infection occurs when flea feces (also called flea dirt) containing the disease agent is rubbed into the bite site or other skin wound, breathed into the airway, or rubbed into the eye.

Murine typhus is a rare disease in the US, but cases have been reported in southern California, Hawaii, and Texas. (It's not the same as epidemic or louse-borne typhus, which doesn't tend to occur in the US.) According to the Los Angeles Department of Health Services, the Norway rat, roof rat, domestic cat, and opossum are typically involved in the transmission of murine typhus to people in Los Angeles County. Dogs can transmit the disease to humans too, per the case report.

What are the symptoms of murine typhus?

Symptoms of murine typhus usually present within two weeks after contact with infected fleas or flea dirt, says the CDC. But, as the case report shows, it's essential to tell your doctor if you've had any potential contact with fleas—or else, you may be misdiagnosed.

The following signs and symptoms are related to murine typhus, per the CDC:

While severe illness is rare and most people recover fully (sometimes even without treatment), it's still possible for murine typhus to lead to . However, it's possible that if left untreated, murine typhus can cause damage to one or more organs, including the heart, kidney, lungs, liver, and brain. Most cases reported in Los Angeles County require hospitalization, said the Department of Health.

What are the similarities and differences between murine typhus and COVID-19?

The symptoms of the two illnesses are where their similarities begin and end: "Because the symptoms of murine typhus can be nonspecific, it can be challenging to diagnose in a timely manner," wrote Hemesh Mahesh Patel, DO, the author of the case report. "This is especially true during the current COVID-19 pandemic where the non-specific presenting symptoms of murine typhus—fever, headache and myalgia—overlap with symptoms of COVID-19." Dr. Patel noted that fever is reported in more than 90% of patients with murine typhus and 83% to 98% of patients with COVID-19, which "may blind the clinician from exploring the broader differential diagnoses of other febrile illness."

But unlike COVID-19, which is mainly transmitted via close contact between humans, murine typhus can't be spread from person to person—only via contact with infected fleas, which is why it's so important to tell your health care provider if you've been in contact with animals.

Another big difference between murine typhus and COVID-19 is that murine typhus is completely treatable with antibiotics, such as doxycycline. To date, there's no approved treatment or vaccine for mild COVID-19 infections (the US Food and Drug Administration did, however, recently approve remdesivir for treatment of cases of COVID-19 that require hospitalization.

Overall, the case report shows the importance of being forthcoming with medical professionals about your health history and symptoms—especially during the COVID-19 pandemic. The case study also stresses that doctors should seek out other diagnoses—aside from COVID-19—if a patient's symptoms aren't improving and they have repeat negative test results.

Once the California was given his proper diagnosis of murine typhus, he was treated with doxycycline twice a day for two weeks, after which his symptoms resolved.