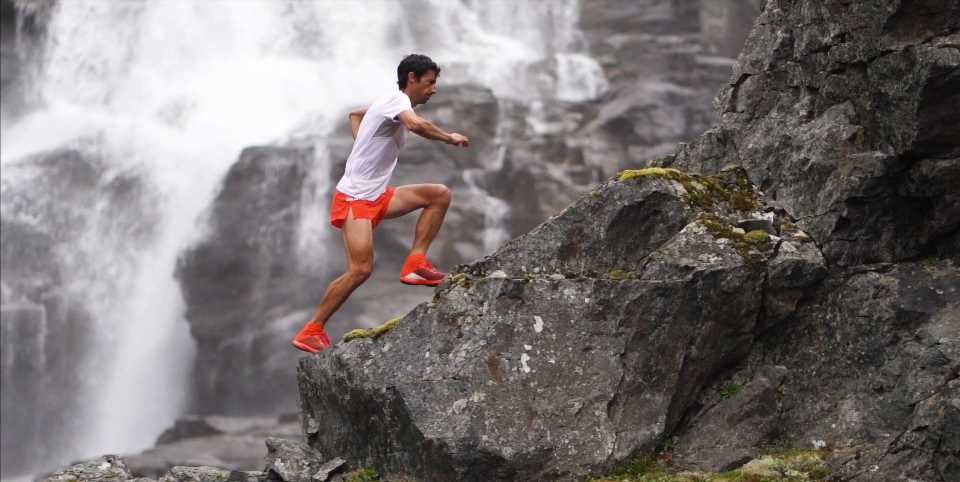 Kilian Jornet is always up to something: Breaking the records for the fastest ascent and descent on Mount Everest, winning some of the biggest ultramarathons in the world—including the 2017 Hardrock Endurance Run in a sling—and living his best life with his wife Emelie Forsberg in the mountains of Norway.

This time around, Jornet challenged his ski partner and world-class BASE jumper Tom Erik Heimen, 44, of Norway, to a race up and down one of the most-iconic climbing mountains in the world: Romsdalshorn. Sitting at more than 5,000 feet, both would have to climb up between 1,300 to 1,500 feet and descend to be declared the winner—Jornet doing so on foot and Heimen BASE-jumping down to the bottom.

Both took separate routes. Jornet went up the north face and climbed down Halls Renne on the other side while Heimen went up Halls Renne and BASE-jumped off the north face. This way, the two would cross paths during their treks.

“It was very unpredictable who would be faster,” Jornet said about the challenge. “I knew I could climb much faster, but the downhill is down climbing so it takes as much time as going up for me. And I also knew that Tom Erik [has] a very good physical level, so he would be quick to climb and of course very fast on the way down.”

As you can see in the video, Jornet has no issue ascending, finishing in just over 30 minutes before beginning his descent. Heimen reached the top 15 minutes after crossing paths with Jornet during his descent and quickly suited up for his jump.

Heimen hit the ground two minutes after takeoff, but Jornet made it to the bottom in a time of 52:26. Heimen’s time was 53:55.

“What surprised me most with the challenge was how fast Kilian is descending the technical and steep Halls Renne with the challenges of loose rocks all the way,” Heimen said. “I know he is very fast going up, and had no doubts that he would beat me to the summit, but I was expecting him to spend more time climbing down than climbing up.”

Who knows what we’ll see next?

From: Runner’s World US