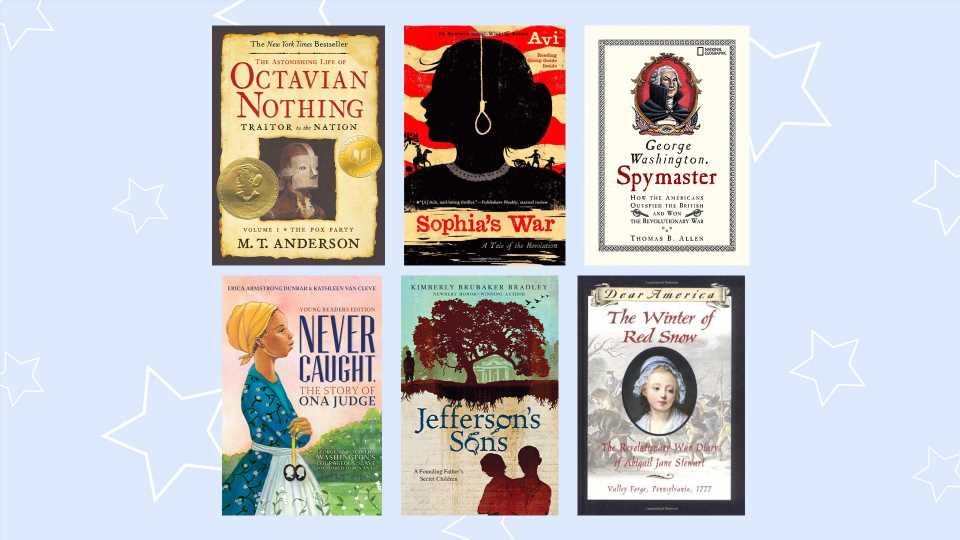 Getting kids excited about history, as it turns out, was as easy as writing a genre-redefining, record-breaking Broadway show. (Now if only we could get Lin-Manual Miranda to lend his genius to algebra.) But even if your kid hasn’t caught Hamilton fever, President’s Day is a perfect excuse to raid your library or fill up your shopping cart with some history books. While President’s Day is nominally intended to honor all presidents, it was originally established to celebrate George Washington. Today, however, it’s mostly just a Federal holiday and long weekend before Memorial Day. It’s also one of those pesky holidays where some (but not all) non-government workplaces are closed, making it a day in February we often forget about.

While there aren’t parades, fireworks, or family dinners to plan, you may still have a kid or two to entertain over a long weekend. So why not host a story hour (or three)? Since President’s Day was initially established to commemorate our first president, we’ve rounded up 12 of the best books that bring early American history to life for kids of all ages.

And in case it’s been a while since you struggled through Johnny Tremaine in seventh-grade history, know that there are tons of great books out there these days that go beyond the oversimplified versions of U.S. history (you know, the ones that also happen to be almost all white and all male). Some are richly rendered historical fiction adults will want to borrow. Other books bring little-known facts to life. In other words: Everyone, regardless of their age, is likely to learn something from this lineup.

Our mission at SheKnows is to empower and inspire women, and we only feature products we think you’ll love as much as we do. Please note that if you purchase something by clicking on a link within this story, we may receive a small commission of the sale and the retailer may receive certain auditable data for accounting purposes.

You Wouldn’t Want to Be an American Colonist! 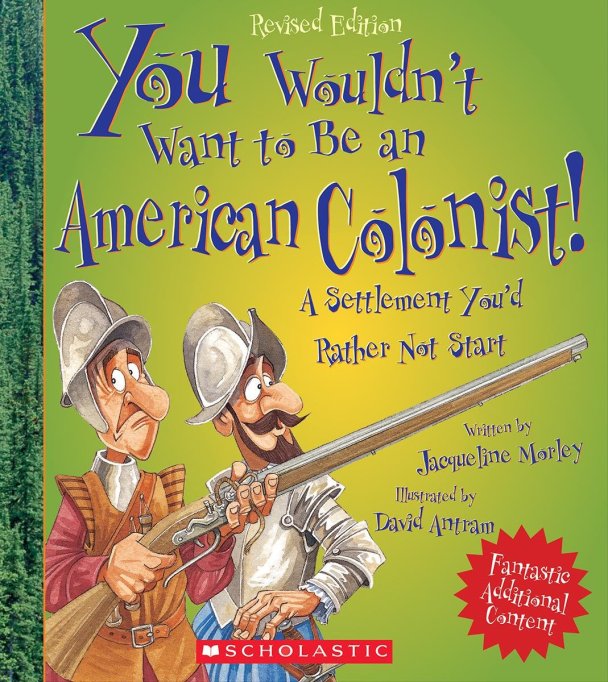 The “You Wouidn’t Want to Be…” series offers something rare in children’s history books: humor and subversion. The “warts and all” approach to history also has the side effect of teaching kids, and teaching them things they’ll actually remember. The other early American titles include You Wouldn’t Want to Be At The Boston Tea Party, and kids really taken with the series can find out why they wouldn’t want to be on Apollo 13, an Incan sacrafice, or in a world without glass, too.

The Dreadful, Smelly Colonies: The Disgusting Details About Life in Colonial America 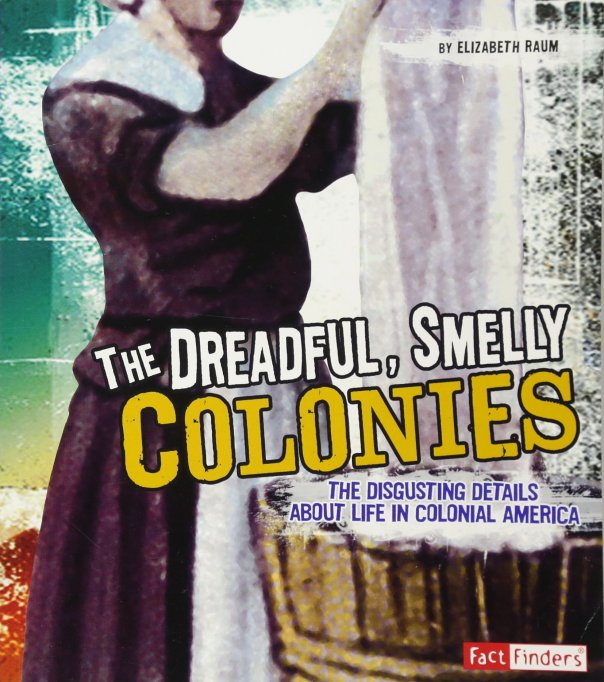 Another book for budding iconoclasts (or just kids who like to be grossed out), this book is a survey of all the things that weren’t so great about life in the colonies. Part of a “disgusting history” series, other titles include The Terrible, Awful Civil War and The Horrible, Miserable Middle Ages. As it turns out, lice was a problem for all three of those time periods.

The Winter of Red Snow: The Revolutionary War Diary of Abigail Jane Stewart 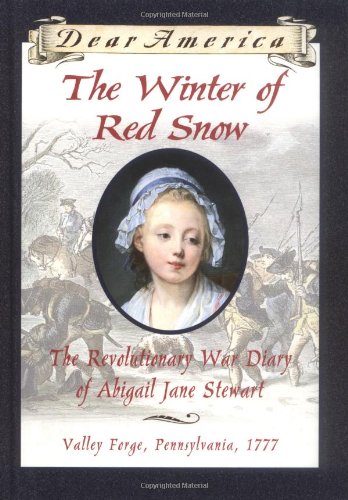 The Dear America books give readers a front seat to American history through the children who experienced it. While that’s captivating on it’s own, they also provide a benefit kids probably won’t realize. The series often offers multiple narratives on pivotal moments in American history, like the Revolutionary War told from the point of view of a girl mostly sympathetic to the patriots, as well as the diary of a young Tory girl with loyalties to England, Love Thy Neighbor. The Dear America series also offers a window into lesser-known parts of American history, like diaries of Native girls at different points in history as well as the diary of an African French slave in British New York.

The Astonishing Life of Octavian Nothing, Traitor to the Nation: The Pox Party 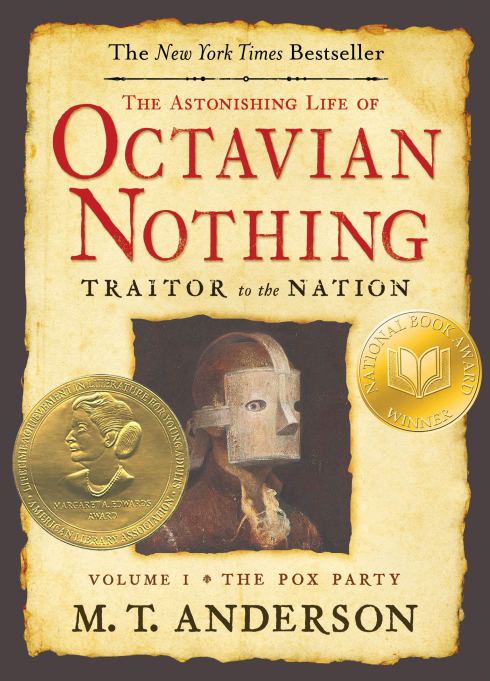 Octavian Nothing pushes the boundaries of historical fiction into something almost fantastical and satirical: Octavian, at first unaware he is a slave, is brought up in luxury by philosophers who go by numbers instead of names. Octavian learns the nature of the experiments he has been subject to since birth as the Revoluntary War begins to rage around him. But what is most disturbing and captivating about this book is how much of it is based on real life and the real beliefs of white society at the time, down to the smallpox “party” the book is named after. Good for mature middle grade readers and high schoolers, it is written as a series of letters, journal entries, and documents. 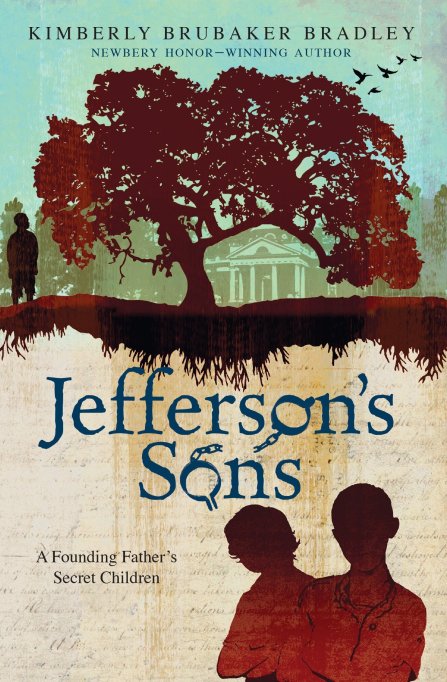 While Ocatvian’s story is part speculative fiction, this novel about two of Thomas Jefferson’s children with his slave, Sally Hemings, is based almost wholly in historical fact. The book follows the two boys as they come of age and learn about the line they must walk as enslaved children of America’s third president. The oldest, Beverly, can “pass” for white, while Madison cannot. The book also weaves in the story of Peter, an ordinary slave on Jefferson’s planation with none of the limited priviledges of the Hemings.

George vs. George: The American Revolution As Seen from Both Sides 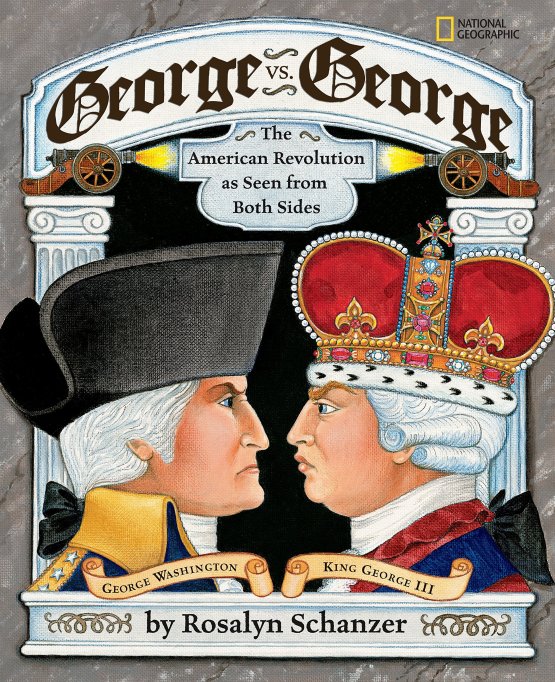 The Revolutionary War is part history, part civics lesson: It’s also used as a way for kids to learn certain ideals that seem uniquely American. It’s so foundational in our understanding of what it means to be American, rarely do even adults ask “But what about the other side?” This picture book, the result of two years of research, looks at the war from both sides in lively, engaging illustrations and text.

George Washington, Spymaster: How the Americans Outspied the British and Won the Revolutionary War 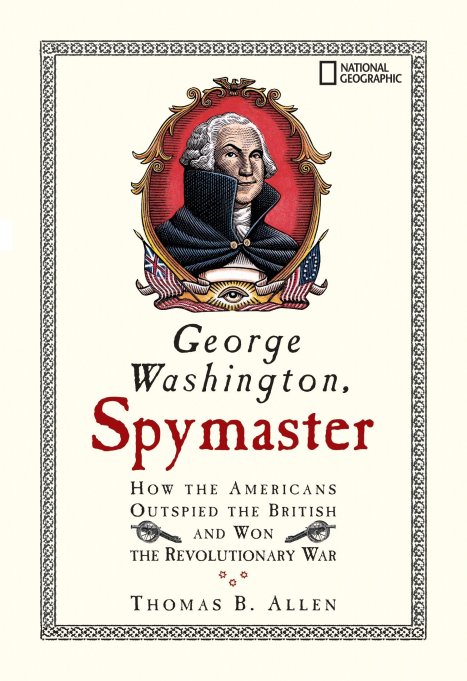 Spies and spying are rich territory for kid’s imaginations, but they might picture fancy equipment and blacklight pens when they think about it. George Washington’s spies had no such technology, relying on coded letters, signals, and even laundry to pass messages. The book even includes the key to the codebook Washington used. 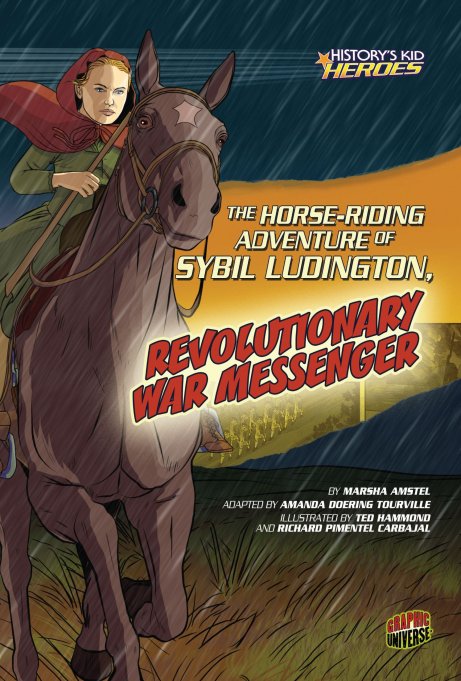 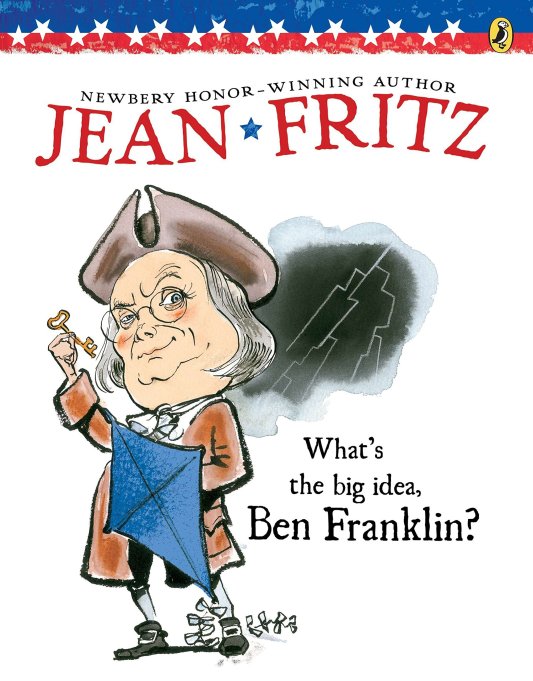 We’ve come a long way since Jean Fritz started publishing her children’s books on early American history in the 1970s. When What’s The Big Idea, Ben Franklin was published in 1976, it felt, well, revolutionary. The New Your Times wrote, “It does not display any of the useless pedantry that may satisfy adults but only serves to confuse, bore or antagonize children.” Just as remarkably, Fritz’s series, which include stories from the lives of Paul Revere, Alexander Hamilton, and Benedict Arnold, have stood the test of time and continue to delight school children in the 21st century who, like their 70s counterparts, may still be familiar with useless pedantry in their literature.

Before Columbus: The Americas of 1491 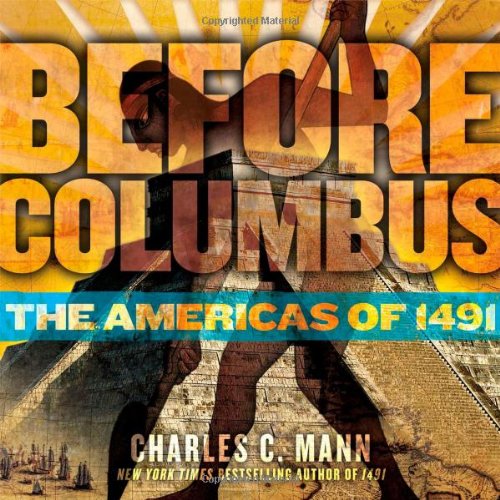 Books about Native history for kids can be maddeningly limiting: There are a handful of reference books that go up to present day, but most books, whether fiction or nonfiction, that are set before the 20th century cluster around a few well-known events and indivdiuals, like Squanto, Sacajawea, and Pocahontas. There are, it should ben oted, lots of wonderful options by Native authors that deal with more recent histories. But if you want an account of Native outside of contact with whites in early America, you’re going to be hard-pressed to find an example. Charles C. Mann’s book, Before Columbus, spans both North and South America, and goes way, way further back than Colonial America, but is notable for being a book for kids about Native life that doesn’t center around interactions with settlers. The American Girl series about Kaya, a Native girl living in the Pacific Northwest in the 1760s, is a good fictional option as well.. 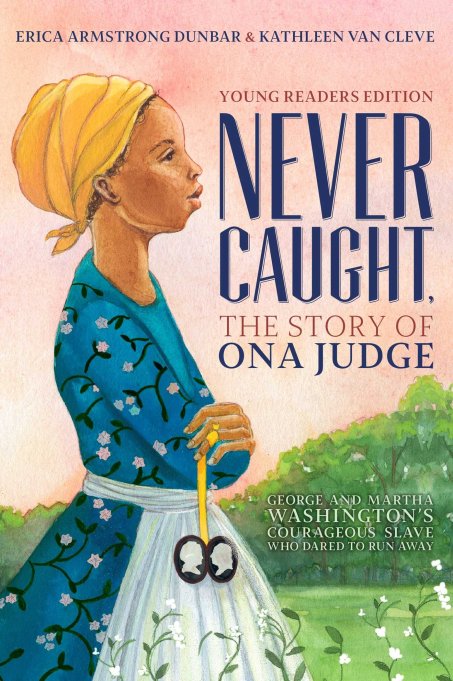 Erica Armstrong Dunbar’s groundbreaking book, Never Caught, was a deeply-researched account of a little-known figure in American history: George Washington’s escaped slave, Ona Judge, who fought for years to maintain her freedom. This young reader’s edition brings the same facts to life, this time written to capture the attentions and imaginations of kids ages ten and up. The book is also a rare example of a nonfiction book for kids that feels like a novel.

Sophia’s War: A Tale of the Revolution 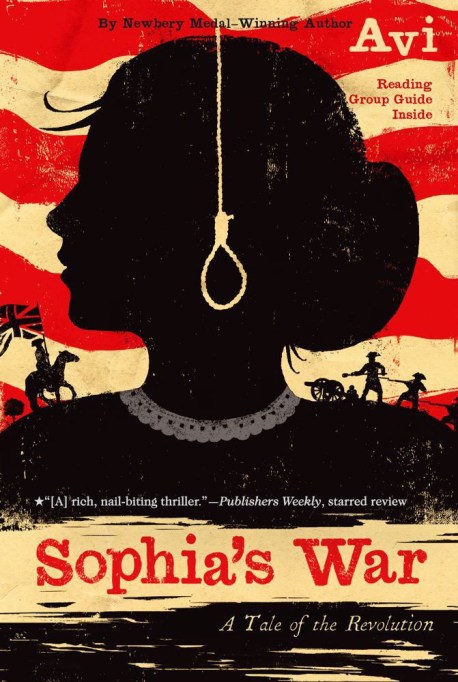 A novel that explores the real-life spies of the Revolutionary War, kids are put in the shoes of Sophia, a young girl inspired to do her part to help the Americans. But as she gets closer to uncovering a double agent in the ranks of the American army, the story turns into a thriller. Perfect for any kid who claims history is boring: A book they cant put down. 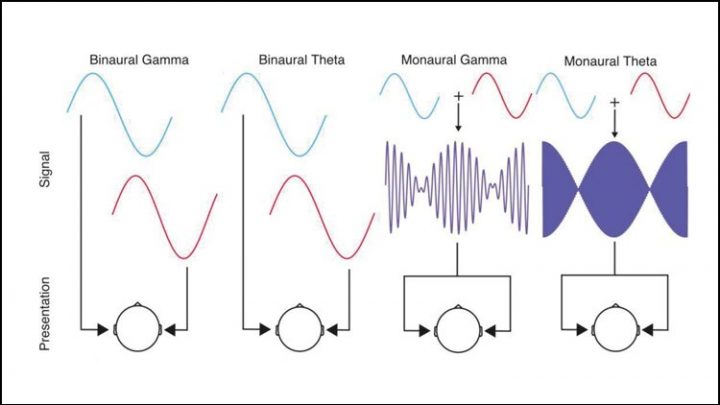