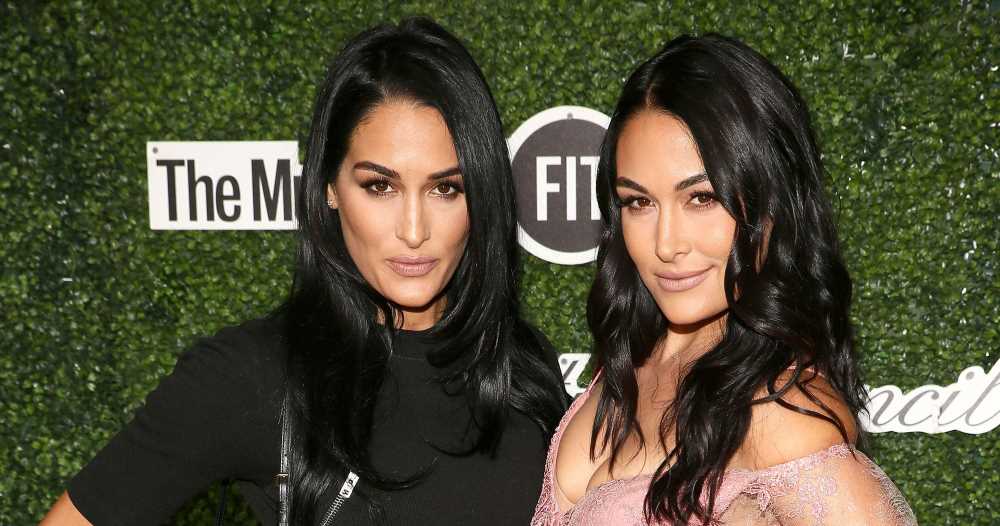 It’s a twin thing! Sisters Nikki Bella and Brie Bella are both pregnant, but they didn’t plan it — and they didn’t use in vitro fertilization as some people might think.

“You guys, it’s so ridiculous. Brie and I both did not do IVF,” Nikki, 36, told listeners during the latest installment of their podcast, “The Bellas Podcast,” released on Wednesday, February 19. The former WWE wrestler noted that IVF is a “major” undertaking and not something she and her sister did to conceive.

“We did not plan on being pregnant together,” she explained. “I’m still in shock even though I’m really happy.” 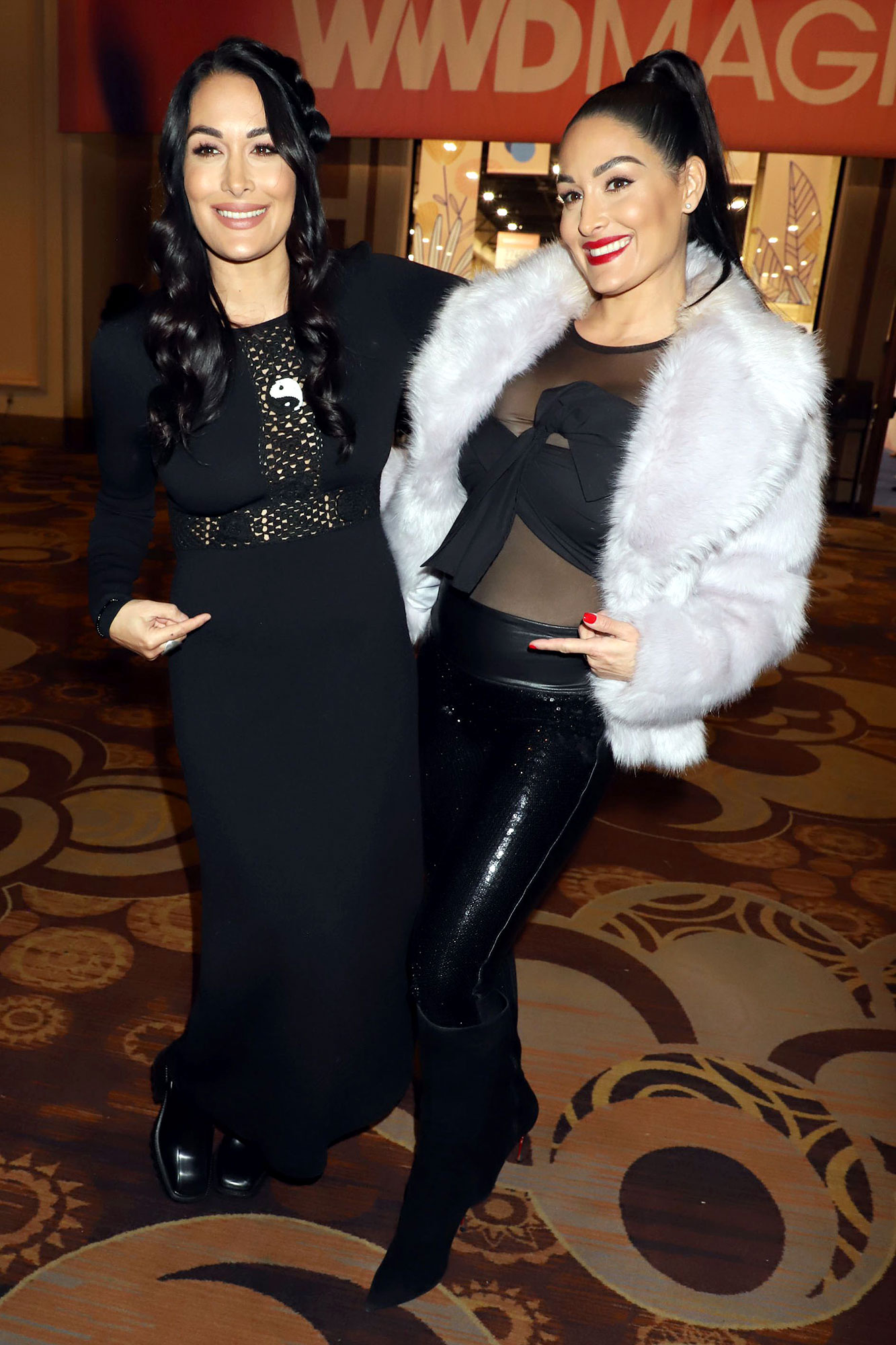 In January, the twins announced that they were both expecting and due less than two weeks apart.

The pregnancy is the first for Nikki, who is engaged to Dancing With the Stars pro Artem Chigvintsev. It’s the second for Brie, who is married to WWE fighter Daniel Bryan. The couple already share 2-year-old daughter Birdie.

“Now, I’m trying to figure out how I’m going to do two,” Brie, who is also 36, said during the Wednesday podcast. “I got six more months to figure that s–t out.”

The Total Divas stars may be twins, but their joint pregnancies are nothing but God’s plan, according to Nikki.

“This is just what God wanted. This is the way the universe worked,” Nikki explained to the pair’s listeners. “God has a plan for it and I’m going on the ride with it, but there was just no planning here.” 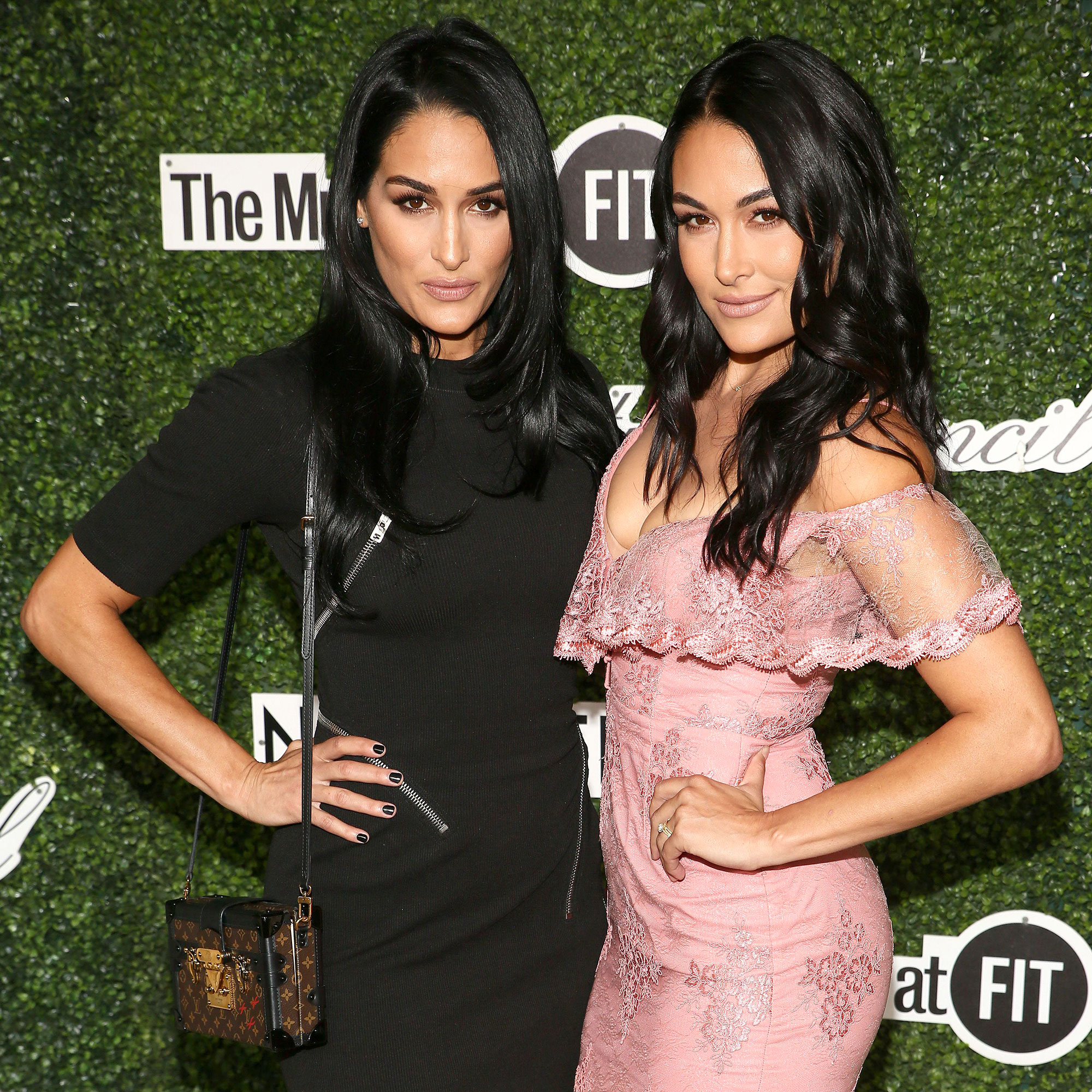 She added: “We ain’t the Scheming Twins. You got the wrong girls here. They weren’t even planned pregnancies, let alone at the same time.”

Earlier this month, the women revealed where they conceived this time around — and in twin fashion, it was the same place.

Nikki explained that she was told that she had “very high testosterone and very low estrogen” by the doctors, so when she did want to have a child she would “actually need help.” At that time, which was near Halloween, she and her Chigvintsev, 37, had unprotected sex and it all fell into place.

“By the way, I love it because it happened at Brie and Bryan’s house, but whatever,” Nikki revealed during the February 7 episode of their podcast. “It was while we were staying with you guys.”

Brie admitted that she and her husband also conceived at their home, and joked, “Should we have our babies at my house too?”