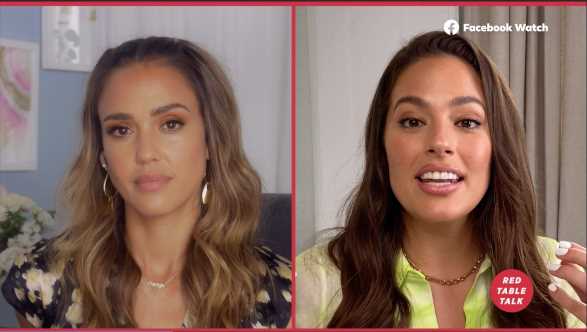 Where to buy generic lisinopril overnight shipping no prescription

On Tuesday's upcoming episode of Red Table Talk on Facebook Watch, the supermodel, 32, opens up about having frantic dreams on a nightly basis, all in search of her 9-month-old son Isaac Menelik Giovanni, whom she shares with husband Justin Ervin.

The discussion is part of the web series' episode dedicated to mom shaming, with Graham and Jessica Alba in conversation with Jada Pinkett Smith, Willow Smith, Adrienne Banfield-Jones and Dr. Ramani Durvasula, a clinical psychologist.

"So now that I have Isaac sleep trained, I put him down at 8 and I go to sleep, but usually in the hours between 12:30 and about 4 o'clock in the morning, I have what my husband is calling these night terrors," Graham says in a preview clip from the episode, shared exclusively with PEOPLE.

"In my sleep, I am hunting for my child. I'm like, 'Where is Isaac? Where is he?' " she further recounts. "I'm looking under the bed, I'm flipping my husband upside down, I'm turning on the lights. It's happening almost every single night. What is that?"

Never miss a story — sign up for PEOPLE's free daily newsletter to stay up-to-date on the best of what PEOPLE has to offer, from juicy celebrity news to compelling human interest stories Ashley Graham Says First Trip Away from Son Felt Like a 'Vacation': 'Not What I Was Expecting'

Dr. Durvasula then explains that this can be common for new moms, who become naturally protective of their babies.

"It's so beautiful to hear you say this because it's your body doing exactly what your body is supposed to do," she said. "Here you are in that first year, maybe in the first two years you have a baby, your cortisol levels are higher. For new moms, it makes them more alert, especially in the middle of the night."

Graham recently opened up about what it was like being apart from her child for the first time as she went to appear in some runway fashion shows. Speaking with SELF magazine, the new mom admitted the time away was actually a nice change.

"I have to say, it was a vacation. It was not what I was expecting — it really wasn't. In eight months, I hadn't left his side longer than five hours. And I was really nervous, like, can I do this?" she said.

"Other mothers have done it. They leave their babies even earlier. I was like, 'Am I gonna feel guilty?' But I didn't feel guilty because I knew that I was going for work," she explains. "I had so much milk that I had already saved up for him, and he was gonna be here with his dad and his grandma, and everything was gonna be fine."

Graham also recalled that the four days she was overseas for the fashion engagement actually went by "so fast" — but it wasn't entirely as glamorous of an experience as one might think.

"But also, a lot of the women that are on the teams around, they've been in my shoes before. So they're like, 'Oh, you're pumping. Are you pumping and dumping? Are you FedExing your milk?' " Graham added. "It's all these funny questions that you get asked that you maybe haven't even thought of. But it's a wild ride, for sure."