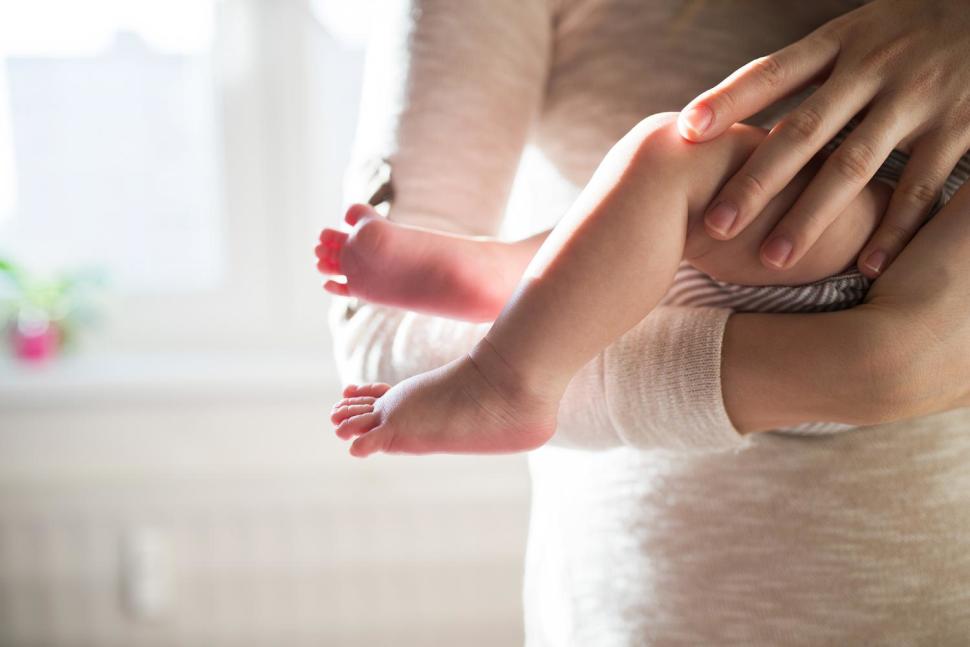 What Is Spina Bifida?

Spina bifida is a birth defect that occurs when the brain, spinal cord, the protective covering around them or all of the above didn’t develop properly in utero.(Getty Images)

Every day, about eight babies in the U.S. are born with spina bifida, a birth defect that literally means “split spine” or “cleft spine,” and essentially means that the brain, spinal cord, the protective covering around them or all of the above didn’t develop properly in utero.

Most parents of babies born with the condition, which typically appears as a sort of bulb coming out of the spine, are expecting the news since the condition is detectable via a blood test during pregnancy. But that doesn’t mean they always feel completely prepared to handle the potential complications, which can range from minor physical issues to severe mental and physical disabilities.

“There’s a huge spectrum [of prognoses] depending on the level of the lesion and the management of other systems,” explains Rebecca Sherlock, a nurse practitioner and the clinical coordinator of Boston Children’s Hospital’s Spina Bifida and Spinal Cord Conditions Center. “This is a multi-system problem,” which can include bowel and bladder problems like urinary tract infections and incontinence, orthopedic issues like physical deformities and neurological consequences like learning disabilities, she adds.

But spina bifida can be managed, and babies born with it today can grow into fulfilled children and adults. In fact, the Spina Bifida Association reports, most succeed in school and are involved in other activities like sports. “It’s really rewarding to see how they grow and develop,” says Megan Geno, a physical therapist at Boston Children’s Hospital’s spina bifida center.

Here’s an overview of what else is known about the neural tube defect:

It’s unclear what causes spina bifida, but like many conditions, it’s likely a combination of genetic and environmental factors. Folic acid, for one, seems to play a role. The B vitamin helps to prevent spina bifida and other neural tube defects, which was a key reason the U.S. government mandated certain cereal products be fortified with the vitamin starting in the late 1990s, Sherlock points out. The Centers for Disease Control and Prevention recommends women who are or who could become pregnant supplement with 400 micrograms of folic acid daily, and potentially more if they’ve already had a pregnancy affected by the condition.

Most babies with spina bifida have one of these three kinds; each of which is typically treated differently (if at all) soon after birth:

The complications and other conditions associated with spina bifida vary widely depending on the type of the condition, as well as where the malformation is located, according to the National Institute of Neurological Disorders and Stroke. For example, a baby with an opening low on the spine will have fewer complications related to muscle function and sensation than one whose defect is higher, since it’s the nerves below the malformation that are affected. Outside of mobility issues, gastrointestinal problems and learning disabilities, people with spina bifida may also have latex allergies and skin issues, tendonitis and sexual problems.

Due to a common neck area malformation in children with myelomeningocele, trouble eating, swallowing and breathing normally can also occur, NINDS reports, as can a buildup of fluid in and around the brain (aka hydrocephalus) which can lead to its own complications if not treated.

Before 1960, only 10 to 12 percent of babies with any type spina bifida survived beyond a few years, due to infections and complications related to swelling of the brain, studies report. Today, the outlook is much brighter, with 90 percent of babies with it living into adulthood, according to the Spina Bifida Association. One notable and ongoing advance has been the finding that treating the malformation while the child is still in utero rather than after he or she is born can significantly improve outcomes, experts say, though the procedure isn’t yet commonplace or always recommended. Another newer treatment manages hydrocephalus without implanting a shunt, the typical course of action. “The hope is that you can avoid long-term shunting and the complications associated,” Sherlock says.

Still, even the latest advances don’t eliminate the daily challenges people with myelomeningocele face. But with a strong team of professionals – neurologists, physical therapists, surgeons, urologists, social workers and nurses may be among them – patients and their families can maximize functioning and quality of life, Sherlock says. For example, physical therapists can help with mobility issues (some people with spina bifida use braces or wheelchairs), while urologists can help monitor and protect kidney function (another advance has been the introduction of “clean intermittent catheterization” for patients with incontinence). “Coordination of care … makes a huge difference for these families navigating these complex illnesses,” Sherlock says.

Connecting to other families affected by spina bifida is also very helpful for many patients and their parents and siblings, she finds. Some camps, for instance, can normalize little-discussed topics like catheterization for kids, while support networks for parents can be encouraging and useful resources. A lot of coping with spina bifida, Sherlock says, is being realistic – but not accepting limitations.

Anna Medaris Miller is a Senior Health Editor at U.S. News, where she covers fitness and athlet…  Read moreAnna Medaris Miller is a Senior Health Editor at U.S. News, where she covers fitness and athletic performance; nutrition and fad diets; “invisible” medical conditions; complementary medicine, reproductive health; mental health; gender, sexuality and body image issues; and more. She also manages the Eat+Run blog, a practical guide for healthy living. Before joining U.S. News in 2014, Anna was an associate editor for Monitor on Psychology magazine and freelanced for the Washington Post. Her work has also appeared in the Huffington Post, Women’s Health, Yahoo!, Business Insider, the Muse and more. Anna frequently acts as a health expert and spokesperson for U.S. News on national and local TV and radio, and has appeared on the Today Show, Good Morning America, Fox 5 New York and more. She has held leadership positions on the National Press Club’s young members committee, the Association of Health Care Journalists’ D.C. chapter and the American News Women’s Club. Anna graduated Phi Beta Kappa from the University of Michigan, where she studied psychology and gender and health, and later earned her master’s degree in interactive journalism from American University. Anna lives in New York City and is a multi-time triathlete and marathoner currently training for an IRONMAN 70.3. To learn more about Anna, visit her website or follow her on Facebook, Twitter, LinkedIn or Instagram.

Inhaled Nitrite Does Not Improve Exercise Capacity in HFpEF

Nonprofit Versus For-Profit Senior Care – Is There a Difference?
Health News