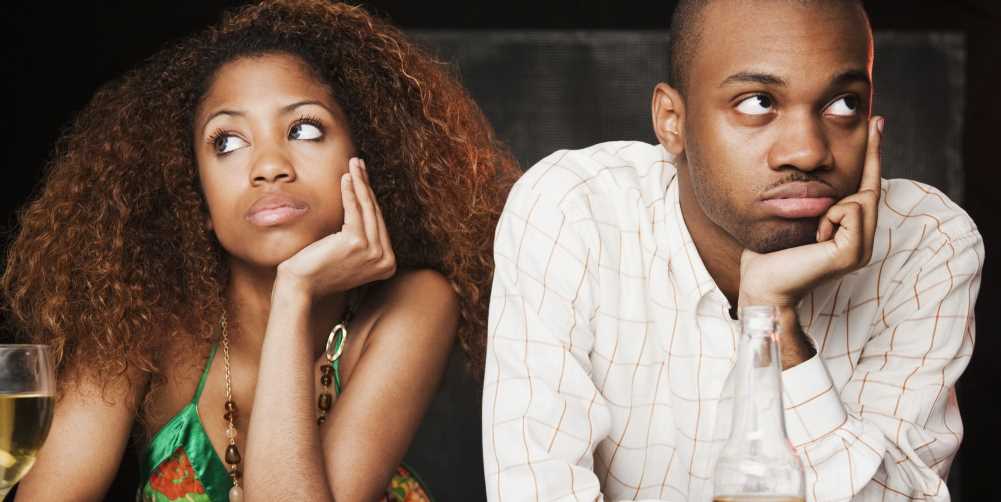 I have this friend who, when I’m feeling fatigued or intimidated by the prospect of swiping right and going on another first date, says: “What’s the worst that could happen? At the very least, you might get a good story out of it.”

But here’s the thing. Very few first date stories are actually good. Even if it goes well and you end up seeing that person again, you’re more likely to end up remembering how good things got later on. Nobody ever leaves a restaurant raving about their appetizer.

A bad first date story, however, can be a thing of savage beauty. In a thread on Reddit, people have been sharing the worst first dates that they’ve ever been on, or heard about secondhand from a traumatized friend after the fact.

“I had a girl try to convince me to cut off my long hair for the date. The first date,” says one guy. “She knew I had long hair, it wasn’t a blind date. She also brought her dog unannounced, insisted it go into the bar with her, then only talked about money for the next hour or two, constantly pestering me about how much I made. The second I caved in the date was over. Ms. Moneybags still let my apparently broke ass pay the tab.”

Another commenter shares a story in which her date gives her too much information (or, depending on how you look at it, just enough information to make the decision not to go on a second date.)

“The day before our date he says his car is having issues and asked if I could pick him up. No problem. I show up to a trailer park (we had never met before) and out he comes wearing silk shorts and a Rugrats tee shirt. I was wearing tights and little black dress. He sparks a blunt as he’s giving me shitty directions to the restaurant we’re heading to, definitely taking the long way. Proceeds to tell me very loudly over dinner about his two restraining orders. I literally saw a woman stop her fork mid-bite to side eye where that confession came from.”

Then there are the dates where even as a bystander, you experience the cringe all-too-deeply.

“At lunch today I was sitting next to a couple and a friend of there’s that they were setting up a blind double date with,” says the original post. “Dude was wearing Black Rifles Matter shirt and when the girl arrived she was in a March For Our Lives shirt. It was the most quiet, awkward, fast lunch date I have ever seen.” This does seem to beg the question; what on earth were those matchmaking friends thinking?

“I was walking past a rickshaw one night with a dude and a lady in it, and the lady says, ‘I always feel bad for these guys, I feel like I’m too heavy,'” recalls another commenter. “And instead of reassuring her the guy says, ‘Oh don’t even worry about it, these guys could carry a moose!’ I think he knew as soon as it left his mouth that he wasn’t getting anywhere on that date.”

Commenting on your date’s weight, no matter how obliquely, is probably a good area to avoid. As is asking personal, inappropriate questions, like this guy: “My friend was asked by a date (very early into said date) ‘Are you on your period? I have this strange talent where I can always smell when a girl is on her period.’ She picked up her bag and left immediately.”

One commenter recalls overhearing a man using a highly offensive slur rather casually while making a joke, followed immediately by asking his date if she wanted to see him again: “Unfortunately for him she was moving to Argentina next week, apparently!”

It turns out, there are plenty of people who feel perfectly comfortable spewing hate speech on a first date, unconcerned with making a good impression, like this young woman a guy met on an app:

“She seemed okay. Then about half way through the date she starts ranting about the Jews, as she’s just realized I’m ethnically Jewish. She goes on about how I’m going to convert her babies to my evil cult (note: she does not yet have babies, and I’m an atheist). That… didn’t go so well.”

Of course, some of these stories are down to sheer bad luck: not everybody you meet on Tinder is a raging anti-Semite, or a criminal, or obsessed with money and appearance. In fact, next time you’re on a slightly awkward or boring first date, you should count yourself lucky you’re not having dinner with one of the people mentioned here.