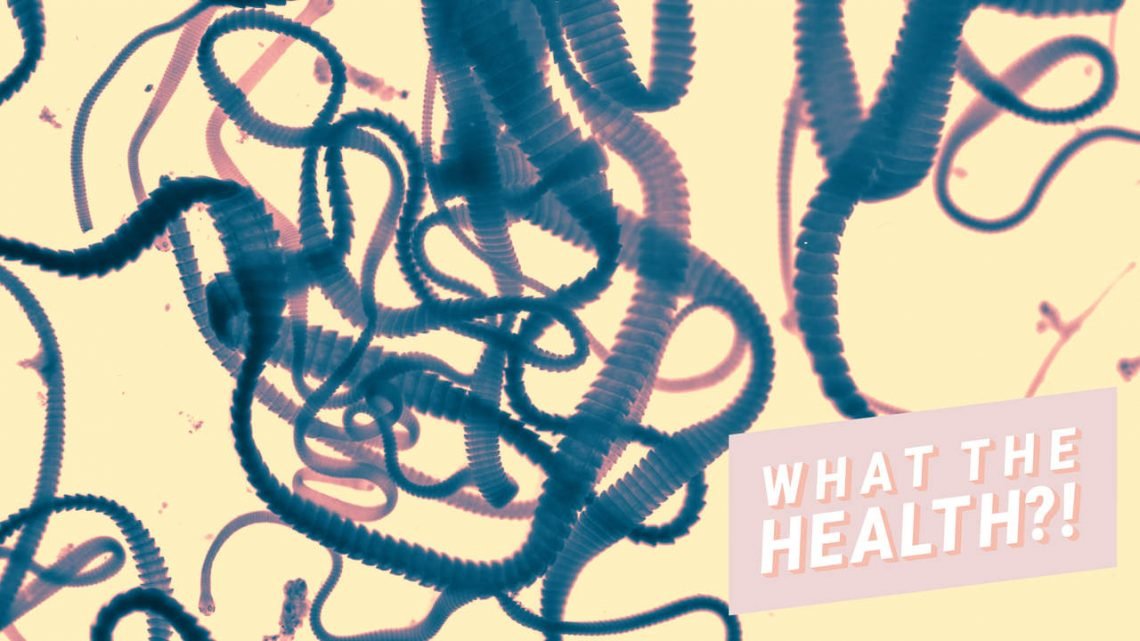 As if getting a tapeworm wasn’t terrifying enough, imagine getting its eggs in your brain. Yep, it sounds like it’s straight out of a horror movie, but it really happened to an 18-year-old man in India. The unnamed man went to the emergency room after suffering seizures, but he soon learned he had parasites in his brain. Talk about a spine-chilling diagnosis.

According to a case report in the New England Journal of Medicine, the man was having tonic-clonic seizures, a rare type of seizure during which a person can lose consciousness and have violent muscle contractions. His parents said he also had pain in his groin for about a week. The patient’s doctors, from ESIC Medical College and Hospital in India, wrote in the report that the man seemed confused and had swelling over his right eye.

After doing an MRI and ultrasound, doctors found several well-defined cysts in his cerebral cortex, brain stem, cerebellum, eye, and right testicle. It’s what caused the cysts, though, that’s seriously horror-movie worthy: Tapeworm eggs had formed larval cysts, or cysts containing larvae, throughout his brain and other parts of his body (*shudders*).

The diagnosis was neurocysticercosis, a parasitic infection caused by the larvae of a pork tapeworm entering the brain and central nervous system. Tapeworm infections are caused by consuming food (usually when it’s undercooked) or water that’s contaminated with tapeworm eggs or larvae, according to the Mayo Clinic. Certain tapeworm eggs can hatch into larvae that then migrate outside of the intestines and form larval cysts in other parts of the body, which is what happened to the man in this case.

Doctors didn’t give the man antiparasitic medication because of the risk that it could worsen the swelling in his brain, which could have made him go blind because of the cysts above his eye. Instead, doctors gave him dexamethasone, a steroid used to treat inflammation, as well as anti-seizure medication. The man unfortunately died two weeks later.

Though neurocysticercosis is preventable, the World Health Organization says tapeworm infestation is a leading cause of epilepsy worldwide. The CDC estimates there are 1,000 new hospitalizations for neurocysticercosis in the United States each year.

Demi Lovato Slams Body-Shaming Article: ‘I Am More Than My Weight’

Everything You Need In Your Sexual Health Toolkit
Health News