Home » Medications » What is the difference between HIV and AIDS? 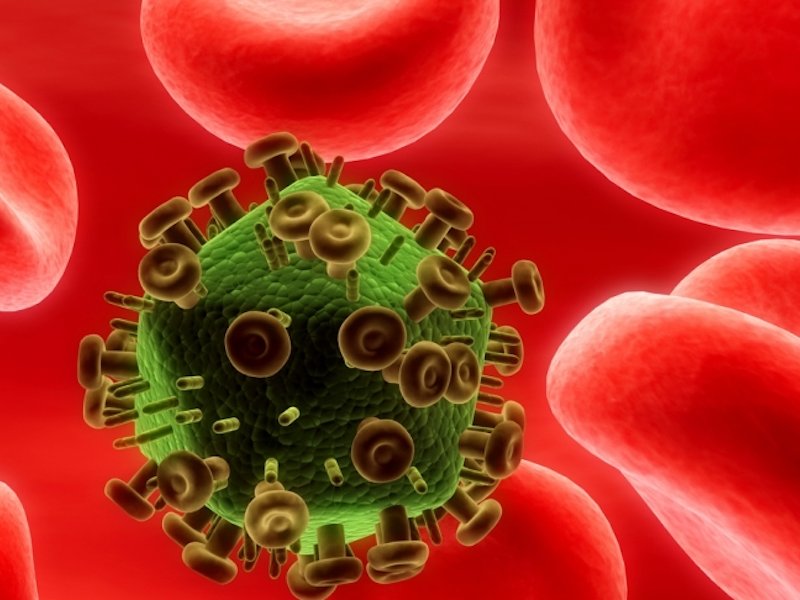 What is the difference between HIV and AIDS?

What is the difference between AIDS and HIV?

How is HIV transmitted?

Statistics of HIV and AIDS in the world is quite frightening. Every year people who are faced with these diseases is becoming more. And despite the fact that modern society is more informed about the terrible illnesses, have progressed in their treatment, not everyone knows that HIV and AIDS are completely different diseases. What is the difference between HIV and AIDS, will be discussed in our material.

HIV (human immunodeficiency virus) is the virus that causes AIDS (acquired immunodeficiency syndrome). HIV can lead to weakening of the immune system to such a state, when it starts to develop so-called opportunistic diseases in which the immune system usually can handle. At hit of a virus in the body, it weakens the system by attacking certain cells that are designed to fight infections. It’s T-lymphocytes or CD4 cells. Over time, HIV has such a form when cells are destroyed in too many that eventually the person can no longer deal with various diseases such as cancer, bacteria, fungi and parasites.

It is believed that HIV is one of the worst types of viruses for humans. The first symptoms only appear a few weeks after getting the virus in the body. These include fever, swollen lymph nodes, pain in the throat, diarrhea, red spots on the skin. This ailment generally begins like a cold or food poisoning. Symptoms fairly quickly by itself. But quite often the signs are not visible at all: the quiet virus lives in the body, and therefore quite often learn about HIV in the last moment. There are situations when he has time to develop into AIDS.

AIDS (acquired immunodeficiency Syndrome) is the final and most severe stage of HIV infection. The disease develops several years after contact with HIV in the body and leads to the development of immunodeficiency. This means that all the viruses, infections that enter the body do not receive adequate protection and are slowly ruining it. AIDS patients are often faced with so many diseases that it’s hard to imagine that a person could feel this bad.

Disease faced by the patient, referred to as AIDS-associated. It is up to them and dying people that have AIDS. However, I should add that if even 30-40 years ago from AIDS, died almost every patient, now everything is completely different. With the development of modern medicine and the creation of new drugs has decreased statistics of deaths of HIV-infected people. Most of these patients do not even are living with AIDS as receive necessary treatment.

What is the difference between AIDS and HIV?

Despite the availability of information and improving health literacy of ordinary people, the majority still remain in the dark. Not everyone knows that there is a difference between AIDS and HIV are completely different things. As we have said above, HIV is the human immunodeficiency virus and AIDS — the final stage of HIV, acquired immune deficiency syndrome. HIV is a virus that suppresses and weakens the immune system and AIDS is a complex of diseases that occur in HIV-infected in the General weakening of the immune system.

It should be noted that in HIV-infected, the concentration of virus is highest in blood, lymph, semen, vaginal secretions and breast milk. In saliva, sweat, urine, secretions of the nose they are very few, because it’s not enough to infect another person. The difference in concentration of the virus makes some biological fluids are dangerous and others safe. So, do not think that in such patients it is unacceptable to touch, to kiss them or do not use their utensils. The virus is not transmitted by touching, kissing, shaking hands, even coughing and sneezing HIV patient can not be transferred, contrary to popular belief.

Sorry, ignorance in this matter leads to the spread of wrong information and as a consequence of the fear that HIV and AIDS is a death sentence. Yes, it is a disease in which the immune system undergoes a severe trial, and the man gets a lot of unpleasant symptoms, but it can be. Therefore, always pass the examination on time, take an HIV test.

How is HIV transmitted?

Quite often people are not even aware that they have the virus. Symptoms, as a rule, not so different from colds or the flu. Therefore, it is important to be checked by specialists to confirm a negative result.

HIV is transmitted several ways. The doctors believed that HIV people who lead risky lifestyles: men with gay, for example. But modern research shows that actually it is not so. The virus is transmitted in other ways — through injecting drug users, with sexual life.

In recent years the “face” of HIV and AIDS is changing. The heterosexual way of HIV transmission prevails worldwide, including in Russia. Among those infected, fewer drug addicts, people with untraditional sexual orientation. But infected through heterosexual contact more, including a growing number of infected children, that transmitted to them from infected mothers.

On average, HIV-infected people live 5-10 years, but it is only in the absence of treatment. Of course, there are no magic injection or pill against HIV and AIDS, but doctors and scientists continue to work in this field. Over the past few years on the market there are medicines which can suppress the replication of the virus, to prevent the disease from spreading, and do not allow for the development of HIV into AIDS. The majority of patients in need of treatment live a long time, are working and are no different from other people. While doctors in the most part optimistic about the treatment and rehabilitation of their patients.

Medicine-Professor warns that cheese makes you fat, sick, and even addictive!
Health News