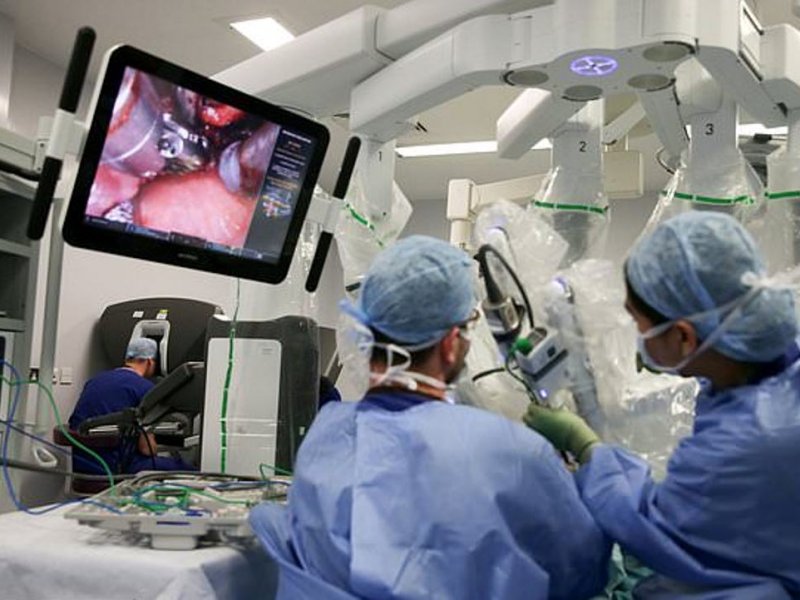 Robots will carry out cesarean section

In the near future robots under the supervision of medical specialists will carry out caesarean sections and other operations. Such innovations are actively looking in the UK.

Very soon robots can be used to carry out caesarean sections or removal of skin tumors, experts believe. These robots will become so advanced that the surgeons will move away from the operating table and begin to assist their mechanical counterparts somewhere from another room, as this will make the surgical operation much more safe. Also a significant change in modern medicine will be the recording technology of human DNA, which will make the treatment more effective.

As a result, doctors will be able to diagnose diseases such as cancer, before they destroy the internal organs. In the end, surgeries will be less ambitious in scope and less traumatic. All of these predictions are contained in a report published by the Royal College of surgeons of UK. The authors report that the medicine is on the verge of a digital breakthrough, but a massive invasion of the machines in the public hospitals of England is expected in the next year.

However, an excess of enthusiasm in this matter, too dangerous, and robots should be used with caution. So, in 2015, the 69-year-old patient died after the robot conducted the operation on the heart. The study showed that the death occurred because of the use of the robot, and if the operation was performed by surgeon people, then this error could not be. However, it is expected that robots will in the near future, be used extensively in surgery, especially in operations on the intestines, heart, lungs and the female genital organs. The use of robots allows to do these operations much faster and less invasive, which means that patients will recover much faster. (READ MORE)