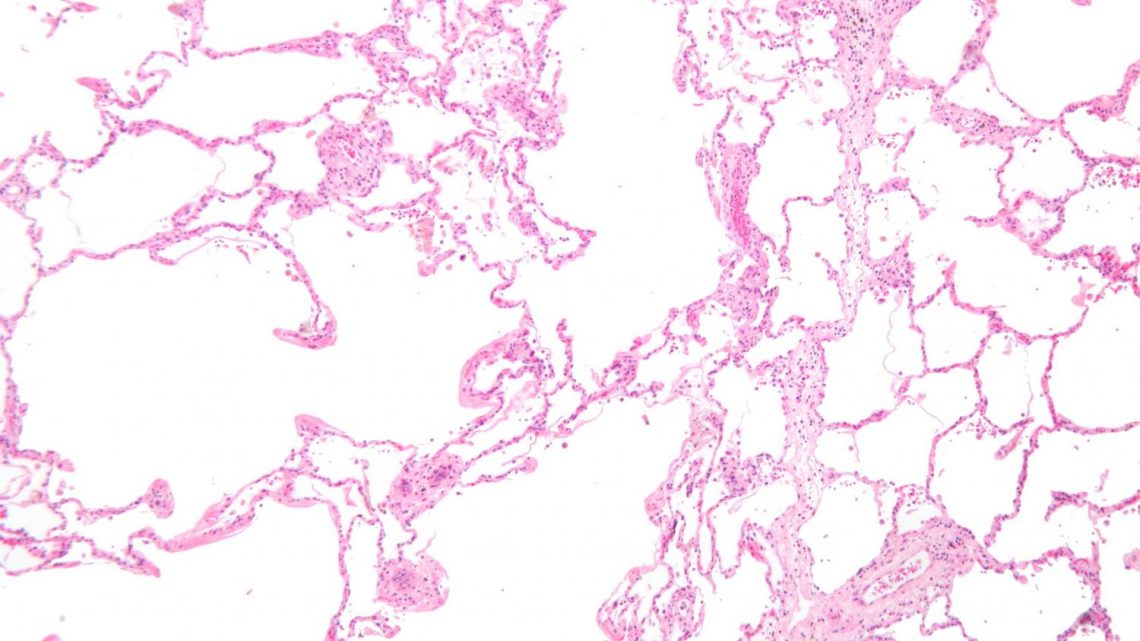 Scientists from the University of Sheffield have been investigating the effect of drugs used to treat a variety of cancers on this inflammatory response; the main driver of lung damage in people living with COPD.

COPD slowly develops over many years—often patients are not aware they have it until their 40s or 50s—and for the 1.2 million people in the UK who have been diagnosed, it makes breathing progressively more difficult.

People living with COPD experience a wide range of symptoms that have an increasing impact on their quality of life, including breathlessness, coughing and frequent chest infections.

The damage to the lungs is driven by inflammation caused by immune cells called neutrophils.

A research team at the University’s Department of Infection, Immunity and Cardiovascular Disease screened a library of cancer drugs and identified a number of compounds which accelerate the death of the neutrophil cells and promote healing in the lungs.

The research, funded mainly by the Medical Research Council, discovered that specific cancer drugs inhibit a cell signaling process controlling the death-rate of the harmful neutrophils. The team also discovered that editing the genes that encode the cell signaling in the first place, further decreased inflammation.

Dr. Lynne Prince, Russell Fellow at the University of Sheffield, said: “COPD is usually treated with steroids and airway muscle relaxants which ease symptoms, but there is currently no effective treatment clinically available to counteract the damage it does to the lungs.

“Our research now shows that inhibitors of these cell signaling processes, or ErbB kinases, could have therapeutic potential in neutrophilic inflammatory disease.

“The hope of these drugs is that they can clear the damaging cells from the lungs of people living with COPD, preventing any further damage and therefore the progression of the disease for the first time.”

Repurposing a clinically available drug has many benefits, said Professor Stephen Renshaw, from the University of Sheffield: “We are in desperate need of a new treatment for COPD, millions of people all over the world live with the disease and it has a massive impact on their quality of life, especially as the disease progresses.

“What is exciting about this research is that these drug compounds are available now, which means if our continued research can effectively find a lead compound to benefit people living with COPD, they are ready to use.

“As neutrophilic inflammation is also central to the progression of other chronic inflammatory diseases such as rheumatoid arthritis, the research has the potential to impact not only people living with COPD.

WHO observed the mysterious lung disease