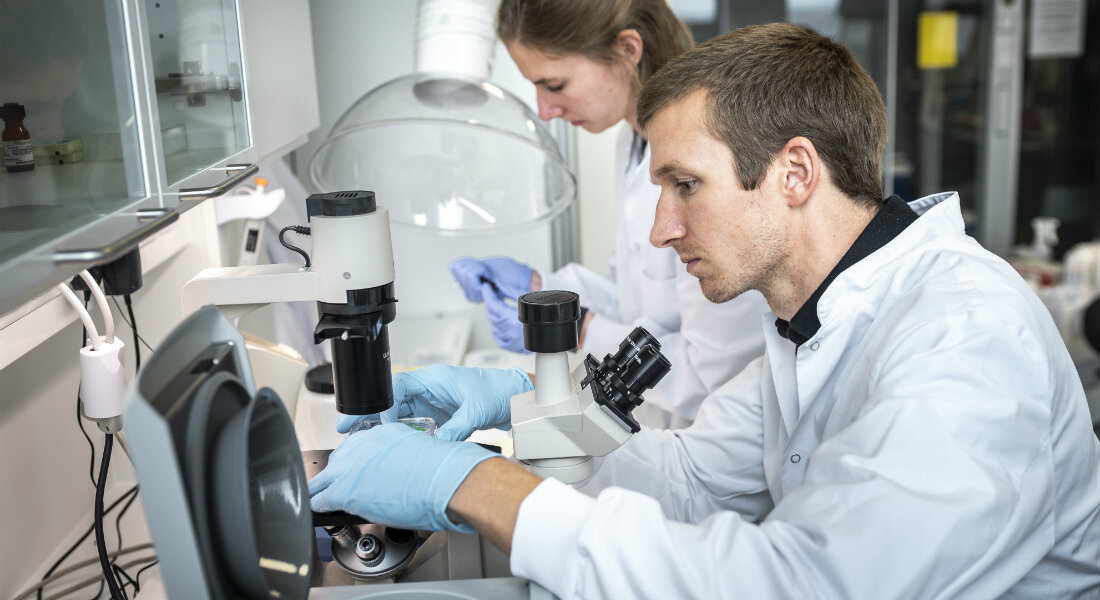 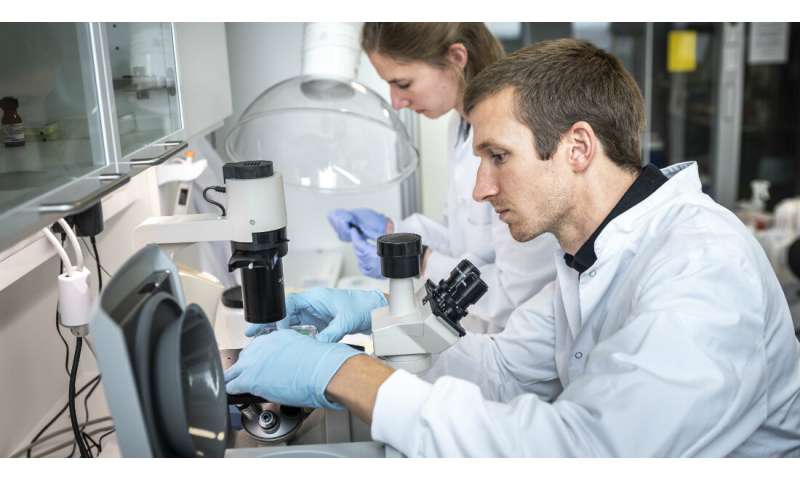 New research from the LEO Foundation Skin Immunology Research Center at the University of Copenhagen shows, surprisingly, that antibiotics inhibit cancer in the skin in patients with rare type of lymphoma.

Many patients with the rare lymphoma cancer, CTCL, contract staphylococcal infections in the skin. CTCL is a cancer in the so-called T-cells of the immune system, which shows in the skin. Therefore, the patient’s immune system is weakened and the skin is less resistant to bacteria.

In a new study, researchers from the LEO Foundation Skin Immunology Research Center at the Faculty of Health and Medical Sciences, the University of Copenhagen, have—in collaboration with Aarhus and Zealand University Hospitals and Aarhus University—shown that aggressive treatment with antibiotics not only inhibits the staphylococcal bacteria, but also the cancer cells. The number of cancer cells is reduced and the cancer is significantly diminished for a period of time in patients with severe skin inflammation.

During a staphylococcal infection, the healthy immune cells in the body are working at full throttle. They produce growth substances called cytokines, which are used to get the immune system up and running. The cancer cells latch onto the growth substances, using them to accelerate their own growth. The research results show for the first time that the antibiotic treatment can slow down this process.

“When we inhibit the staphylococcal bacteria with antibiotics, we simultaneously remove the activation of the immune cells. This means that they do not produce as many cytokines, and therefore the cancer cells cannot get the extra ‘fuel.’ As a result, the cancer cells are inhibited from growing as fast as they did during the bacterial attack. This finding is ground-breaking as it is the first time ever that we see this connection between bacteria and cancer cells in patients,” says Professor Niels Ødum from the LEO Foundation Skin Immunology Research Center.

The finding is the result of many years’ research where the researchers have conducted molecular studies and laboratory tests, taken tissue samples from skin and blood and conducted clinical studies of carefully selected patients. 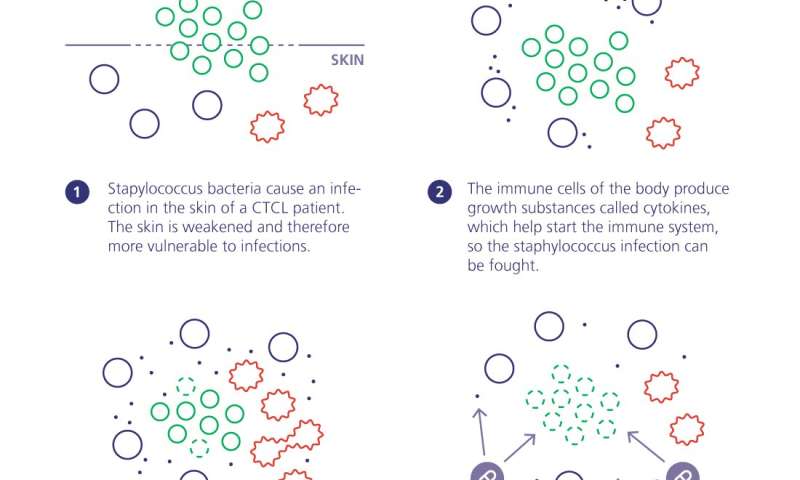 So far, CTCL patients with infections in the skin have only reluctantly been given antibiotics because it was feared that the infection would come back as antibiotic-resistant staphylococci after the treatment. The researchers behind the finding believe that the new results will change this.

“It has previously been seen that antibiotics have had some kind of positive effect on some of these patients, but it has never been studied what it actually does to the cancer itself. Our finding shows that it may actually be a good idea to give patients with staphylococci on the skin this treatment because it inhibits the cancer and at the same time possibly reduces the risk of new infections,” says Ødum.

It is still difficult to say whether the new knowledge may be transferred to other types of cancer. For the researchers at the LEO Foundation Skin Immunology Research Center, the next step is to initially look more closely at the link between cancer and bacteria.

“We do not know if this finding is only valid for lymphoma. We see it particularly in this type of cancer because it is a cancer within the immune system. The cancer cells already ‘understand’ the signals that the immune cells send out. When the immune cells are put to work, so are the cancer cells. At any rate, it is very interesting and relevant to take a closer look at the interaction between bacteria and cancer, which we see here,” says Ødum.

Half of U.S. adults should monitor blood pressure at home