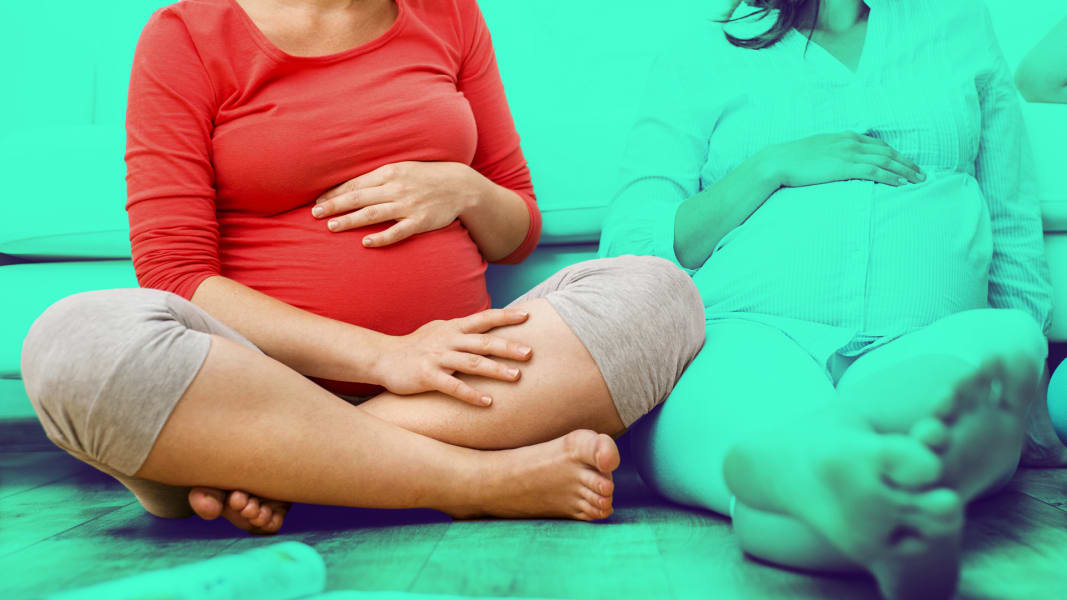 Why You Shouldn't Tell People Your Baby Name Choice

One of the best parts of pregnancy should be choosing a name for your baby. And it can be — if you don’t get overwhelmed by all the choices and you and your partner are pretty much on the same page when it comes to these things. My top tip as someone who has already named two kids and is currently growing a third in her uterus who’s estimated to make an appearance in around eight weeks’ time is don’t tell anyone your baby name until there’s an actual breathing, squirming, puking person attached to it.

My theory was proved right a couple of months ago. We found out we were having a girl, so the baby boy name we’d chosen early on in the pregnancy was no longer required. We didn’t think everyone would dig it as much as we did, so we agreed to keep it between us until little Sonny arrived. But now that we’re not having a Sonny, we decided to share the name with our families. The reactions of some people were as expected ("Okaaaaay," accompanied by a skeptical look and even a shocked, "Really?!" followed by repetition of "Sonny" as if the more they said it, the better it would sound). We’re pretty laid back about some people’s absence of a filter, but it strengthened our resolve not to reveal the name we’ve chosen for our daughter.

I’ve since discovered that a lack of baby name diplomacy definitely isn’t unique to our respective families.

When Kristen S. and her husband shared their baby name choice — Gram — with her "very Italian in-laws, who were deeply rooted in generations of Vinnies, Josephs, Sals, etc." her father-in-law looked them in the eye and said, "You ought to be ashamed of yourselves."

"It’s funny now," says Kristen. "But I admit I was intimidated at the time."

It seems that even when a name otherwise gets a lot of compliments, there are always people ready to burst your baby name bubble. And sorry, grandparents, but you’re typically the guilty parties. "For my second son, Milo, my parents hated it and kept saying it sounded like a dog or a cat’s name (because of that ’80s movie…) and my husband’s parents just said it was ‘interesting,’" says Alyssa H.

"When we shared a few top choices for our second son with two or three family members, we got all kinds of annoying stories, associations and feedback," says Katie C. “Toby was apparently the name of my brother-in-law’s bird and what my mother’s childhood friend called his … ahem, most private part."

Lauren C., who is pregnant with twins, has shared her baby names with mixed results. "My girl’s name has been met with silence, and the boy’s name people are quick to say they love," she says. "I’m sad more people don’t like my girl’s name, but we love it."

So what’s the answer? It’s unanimous: Save yourself a world of pain and keep your baby name to yourself. "It’s very hurtful to tell people you hate a name that they’ve chosen; it’s as if you’ll hate their kid because of the name," says Bethany K. "My advice is don’t tell anyone in advance. It’s a fun secret to reveal at birth."

Lauren G. and her husband also kept their son’s name — Zephyr — a secret until he was born. "People are so eager to give their opinions," she says. "It was nice to keep it to ourselves, free of judgment, allowing us to really get used to the sound of it in our home in conversations just between my husband and I."

Midwife and author Kathy Fray agrees that the problem with announcing an unborn baby’s name is that people tend to give you their unsolicited opinion, perhaps because they assume the name is not quite set in stone because the baby isn’t born yet.

"My advice to parents-to-be about their chosen unborn-baby name is to keep it to yourself unless you want to receive others’ opinions, because after a baby is born, people are generally far more accepting of the name you’ve chosen and won’t slather you with unwanted naming advice," she tells SheKnows.

That’s advice my husband and I are definitely following right now. We’re also getting a kick out of the fact that people know we’ve chosen our baby name, they’re driving themselves crazy trying to guess it, and so far, they’re way off the mark.

On the other hand, you could just share the baby name you love and tell everyone to get over themselves.

A poliolike illness is on the rise again. But why?

What do metastatic cancer cells have in common with sharks?
Health News