Home » Kids Health » This author wrote his first book at 60, for children 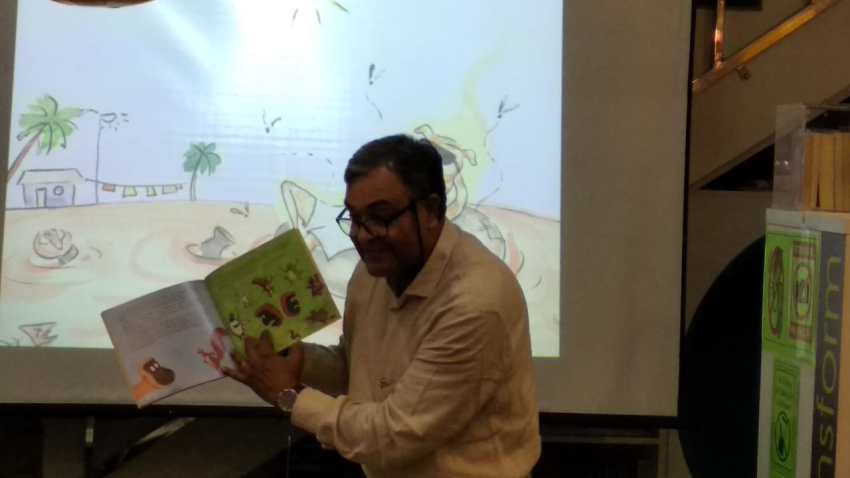 This author wrote his first book at 60, for children

Meet Rahul Kansal, author of How the Pig Became Dirty and other Animal Stories, his first-ever book, for children.

It is not an easy task to hold the attention of young children for long. But there the author was, reading out to a group of kids, perhaps not more than eight to nine years of age, wide-eyed, as they saw him enact the story in front of them, at a children’s library in Delhi.

Author Rahul Kansal was reading out an excerpt from his book How the Pig Became Dirty and other Animal Stories, published by Goodearth. With his animated and interactive storytelling about how the pig, who was once a squeaky clean animal came to be dirty, it did not take long for his young audience to find themselves immersed in his narrative.

Kansal’s book is a collection of three such animal stories, including How the Saras got its Long Neck, and The Langur’s Black Face. This children’s book is his first, 61-year-old Kansal told Express Parenting in a brief tete-a-tete, which he penned in the last couple of years. For a man, who has devoted a major part of his life to the corporate sector, the sudden idea of writing a children’s book seems quite an intriguing turning point.

However, it looks like the idea of a children’s book wasn’t that impromptu after all. Express Parenting got to know more about Kansal’s writing process and his love for stories. 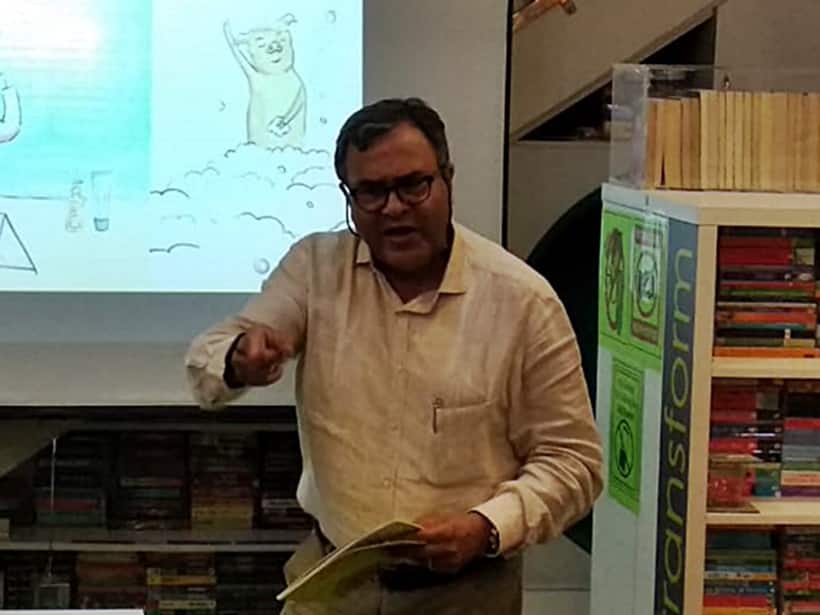 Why did you choose to write a children’s book? How did you come up with the plot?

I have always been fond of writing but this is my first venture into fiction and children’s books. These were stories that were with me for the past 25 years. When my daughters were around six and three years old respectively, we got into this pattern where they would pick out any animal and ask how its defining trait came to be. For instance, they would ask, how did the elephant get its trunk or the giraffe get its long neck? At that time, I had to create some story at the spur of the moment.

In the last two years, I had a lot of free time. I was working as a marketing head in a company, for which I had to travel. During my idle evenings in the hotel in Mumbai, I decided to start writing at the urging of my daughters.

The decision to write a children’s book was largely personal. I tried my hand at writing one of them and got a good response.

Has storytelling been a part of your family tradition too? What kind of books did you enjoy reading with your kids?

In my family, one of the favourite authors was Roald Dahl. So, when the children learned to fully read and comprehend things for themselves, we started having reading and storytelling sessions on holidays or on a vacation. Their reading list mostly included Enid Blyton, Amar Chitra Katha and Goosebumps by R L Stine, to name a few. And so, both my wife and I have always been enthusiastic about filling in reading material in the house.

In what ways can stories influence a child’s development?

Storytelling triggers imagination and creativity. Reading stories is good; inventing stories is even more interesting, even if it is silly. I remember how my children also gave their inputs while we framed narratives during those storytelling sessions during their childhood. It gives the child a lot of joy.

What role do illustrations play in a children’s book?

Illustrations are extremely important. With no illustrations, there is greater scope for the child to exercise his imaginative powers, no doubt. Having said that, I feel it is good to at least introduce the child to the key frames of the story so that he or she can fill in the blanks. It helps them visualise the book a little better, especially for young children.

My book wouldn’t have come out well without the illustrations that were done by 23-year-old Vijay Manure. When we were looking for an illustrator, we were looking for somebody who had worked on the subject of animals. Manure had already done a lot of work in the area and contributed to the book.

So, when are you writing your next book?

I am currently busy with a full-time job. But I do have some ideas and might plan something the next time I get to enjoy some sort of a retirement spell. It will probably be in a similar genre.