Home » Kids Health » Shaheen Bhatt experienced depression at 12. How do you tell if your child is sad or depressed? 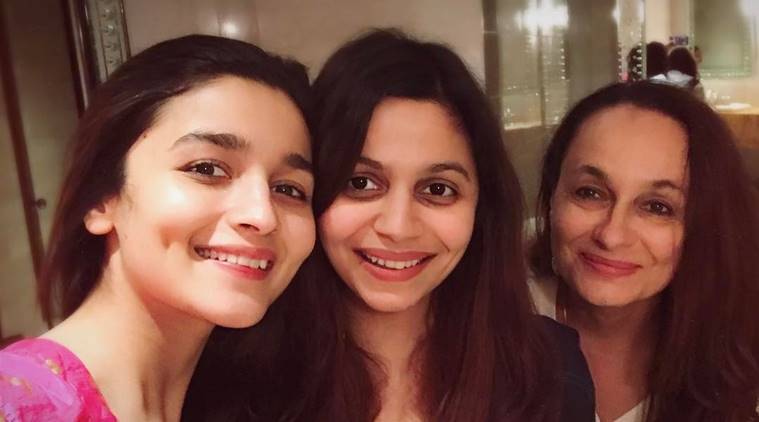 Shaheen Bhatt experienced depression at 12. How do you tell if your child is sad or depressed?

According to World Health Organisation (WHO), 10-20 per cent of children and adolescents experience mental disorders, half of which begin by the age of 14. And yet, more often than not, mental health issues tend to go unrecognised in children.

In a recent interview, Alia Bhatt’s sister Shaheen Bhatt talked about battling depression since childhood. Shaheen was 12-years-old when she started dealing with depression. At such a young age, she would get suicidal thoughts and later on, rely on unhealthy, hedonistic practices to cope with it, she revealed.

According to World Health Organisation (WHO), 10-20 per cent of children and adolescents experience mental disorders, half of which begin by the age of 14. And yet, more often than not, mental health issues tend to go unrecognised in children. “If untreated, these conditions severely influence children’s development, their educational attainments and their potential to live fulfilling and productive lives. Children with mental disorders face major challenges with stigma, isolation and discrimination, as well as lack of access to health care and education facilities, in violation of their fundamental human rights,” as per WHO.

One of the major reasons behind ignoring mental health concerns in children is the stigma attached to it. Some stay in constant denial while many others are not aware enough to be able to identify the problem. Child psychologist Dr Dharendra Kumar explained, “A lot of times, parents are not aware enough to recognise mental health concerns in themselves, leave alone kids. Secondly, parents tend to be more concerned with their child’s core development in the initial years like physical, cognitive and hormonal changes. So, even if the child shows symptoms of mental health problems, parents either associate it with their general development or attribute it to behavioural issues. For instance, when a child stops taking interest in regular activities or studies, parents feel it is just a problem with their attitude.”

Also Read| Why mental health issues are increasing in children

How to identify depression in children

Shaheen said in her interview, “One of the biggest misconceptions is that depression and sadness are the same thing. They are absolutely not the same thing.” And many parents may fail to recognise the difference.

Not just sadness, sometimes children also show symptoms of anger outburst, change in appetite or irritability but parents are not able to relate it to depression. “If these symptoms are persistent, say for more than a week, parents need to pay immediate attention,” said Dr Kumar. He advised, “First, they should find out if their child’s mood is related to any particular event. Secondly, they should analyse if the severity of their child’s reaction or mood is proportionate to the event that occurred,” like in the case of Shaheen who was deeply affected by an incident where she was asked to step aside for a photoshoot with sisters Alia and Pooja, for being “dark” and “overweight”.

When to consult a doctor

In case your child shows persistent signs, how do you deal with it? “Parents should first consult a pediatrician to find out if the child is undergoing any physical changes. Children sometimes report a headache or stomach ache. In such cases, we need to rule out physical issues first. If the child is physically fit but continues to show symptoms, then they should be checked for mental health,” stressed the psychologist.

Tips to ensure your child is mentally healthy

Here are some tips for parents from Dr Kumar to ensure their child is mentally healthy:

1. To begin with, parents should have an open communication with the child. The child should be free to communicate his or her feelings clearly. A particular event might trigger a reaction in the child but more often than not, they are not able to speak to parents about the event.

2. Parents should help in developing emotional awareness in children. Children need help to identify and express emotions, thereby regulating them. This can begin in the early years where the child can be asked to identify phases of their emotions and mood.

3. Parents should let their children interact with other kids. That way, children see and learn and how their friends are coping with situations in their own life. Children learn better by example.

Medical costs create hardships for more than half of Americans