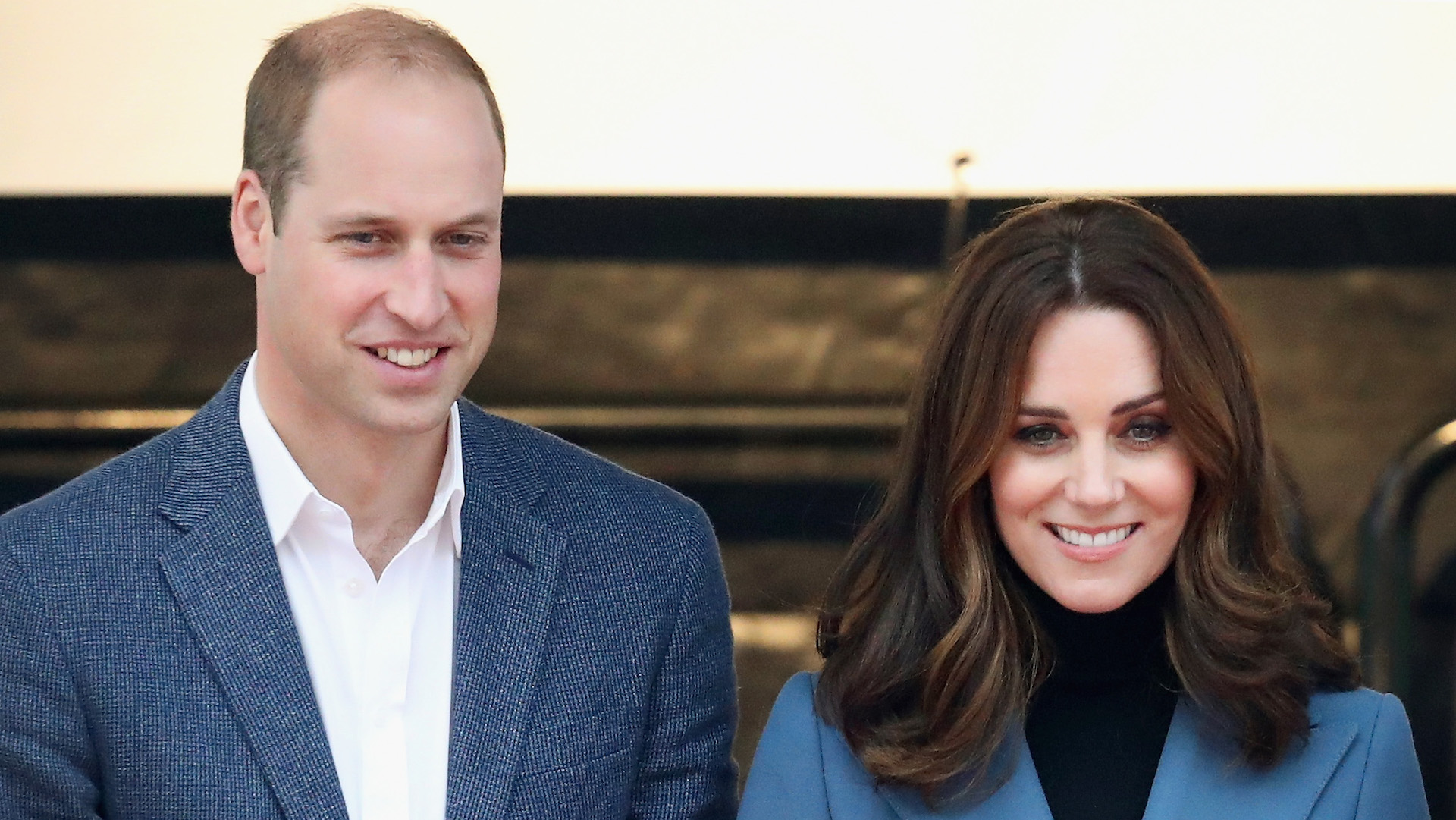 This totally basic Christmas card of this totally ordinary family of five is everything.

Yes, as you have gleaned, this is no regular family of five in front of a JCPenney portrait studio backdrop. That is a real downed royal-ass tree the Duke and Duchess of Cambridge (better known as Prince William and Kate Middleton) and their offspring are touching with their royal hineys.

The surprisingly low-key Christmas photo was released on Kensington Palace’s Instagram on Friday with this caption:

Sure, you may have a poorly furnished timeshare at the Jersey Shore (that’s Jersey as in New Jersey, not windswept moors full of Jersey cows), but do you have an Anmer Hall to retreat to for all your most casual-chic photography needs? No, no you don’t, peasant. Anmer Hall is a Georgian-style manor in Norfolk, England — a wedding gift to the Duke and Duchess of Cambridge from Queen Elizabeth II — 2 miles down the road from the queen’s beloved country estate of Sandringham.

Truly, we are digging Kate and William’s family Christmas card. This isn’t their first attempt at casual-chic photos. Exhibit A: a handout shot taken by Kate’s dad, Michael Middleton, at the Middleton homestead when Prince George was but a wee bairn. 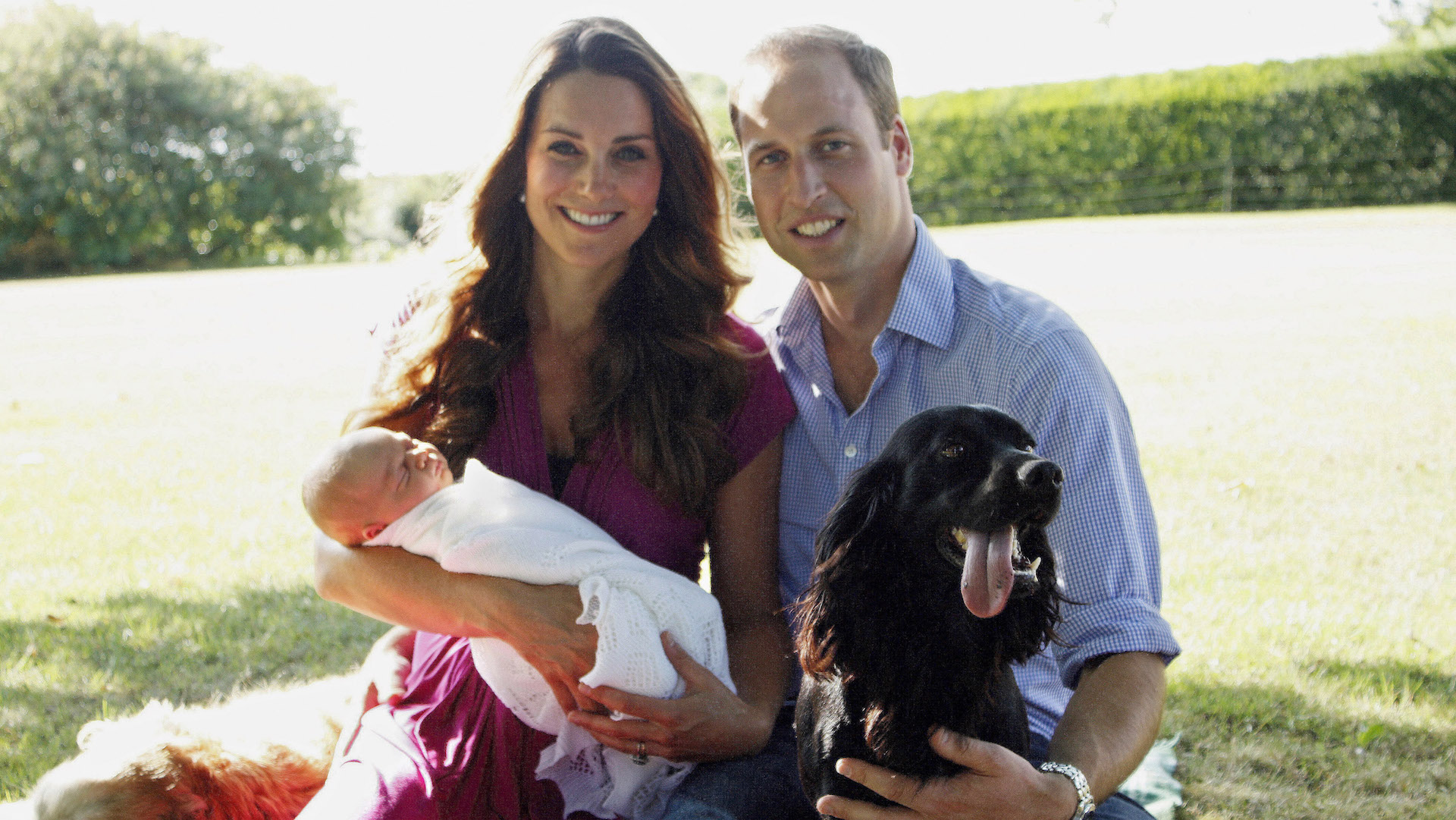 They were clearly striving for Casual-Chic, capital C’s, then, and they’re at it again.

We’re not saying they’re never casual, because they are human, so of course they are. And they even have the family group text thread to prove it.

But when it comes to photos released to the public, ah, that’s challenging. They may never quite nail casual-chic, but this year, the family gets an A+ for effort. Good on you, mates!

At first glance, if you saw the 2018 Christmas card from the Duke and Duchess of Cambridge propped on your fireplace mantel (that is, if you even have a mantel, commoner), you might mistake the royal fam of five for, you know, your first cousin, once removed Lara’s family down in Rehoboth, Delaware, where they moved to get away from Aunt Susan because you know how she is.

The joy of this royal Christmas card, however, is all in the details. Look closely and revel in the carefully curated tiny fashion moments with us.

Kate is rocking the “expensive button-down under gray cashmere pullover and high-waisted mom jeans” look while holding mini-me Prince Louis. Prince Louis is going for the same look as his photogenic mama, but as a royal lad, he is not allowed to wear jeans, so he’s trying to fake us out by wearing navy shorts over cabled tights. You can’t fool us, Louis.

Casual rating: Kate gets a solid B+. She could be the wealthy carpool mom who finally invited you to bunko night if you squint your eyes just right. Louis: C-. Sorry, little guy, but the knickers just give you away.

Princess Charlotte is loving life at the center of the family Christmas card. She is perched on the fallen tree between her parents and brothers, grinning like she’s planned a smashing prank involving imported Camembert, Romanoff caviar and Prince George’s blond locks. The cheeky imp is sporting an embellished navy cardigan and blue skirt, and since her feet are mostly out of sight, it’s totally possible she’s also kicking her mama in the butt.

And as for the flaxen-haired Prince George and his usual short pants, well, he looks positively tickled amid all this Casual, cap C. He’s hanging on his dad, kicking up one wellie like, well, a wellie-wearing dog peeing on a fire hydrant. Except he’s peeing on the second in line to the British throne. If that’s not casual-chic, we don’t know what is.

Casual rating: Charlotte and George both rack up an A. If you gave them enough ice cream and dragged them through an American shopping mall for a few hours, you could probably turn them into casual commoners capable of busting out a massive double tantrum right at the intersection of Sunglass Hut and Dippin’ Dots.

We saved the best for last. Again, Prince William’s massive efforts are not completely in vain. His earnest quest to represent the royal family in a casual, accessible manner (and, no doubt, to please his wife) is commendable. It’s not his fault jeans confuse him. He wore knickers and tights until he was flying helicopters, people. Jeans are not part of his phenotype. So let’s only lightly touch upon the fact that his royal genes appear to be wearing ill-fitting mom jeans. It’s a very special royal mom jeans Christmas card, and we are so here for it.

His discomfited expression is the absolute cherry on top of this delightful we’re-so-basic Christmas card. We can practically hear him thinking, “Where do I put my hand? Knee? Mid-thigh? How very tricky. And how many buttons shall I button on this… what is this called again? A fennel? Oh, flannel, yes, of course. How might a normal father wear his plaid flannel as he frolics in a seated position amongst his wife and offspring in a carefully scouted clearing of ancient woods? Might I show my subjects some royal chest hair? Yes, yes, I think I shall! I am a man of the people!”

Casual rating: Prince William receives a D+, but with a trumpet flourish of mad props for effort.

We can’t wait for their 2019 card. How do we get on that mailing list? Because we want that paper version for our fake fireplace.

Psycho-therapies are soon to be only for selected people available?
Health News