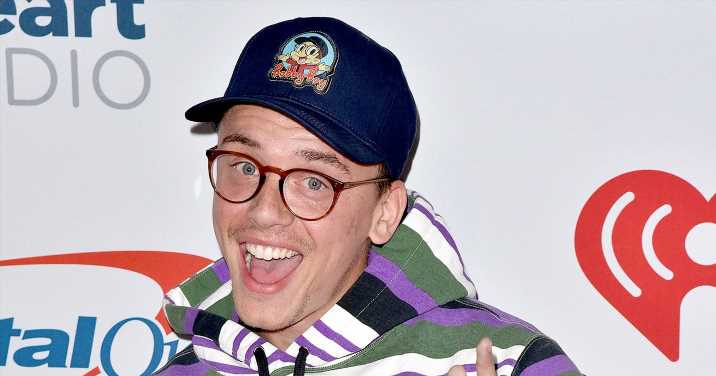 Logic is a dad! The rapper announced the birth of his son on Friday, July 17.

“Privacy with family is something that is very important to me,” the “Sucker for Pain” artist, 30, wrote via Instagram while sharing photos of the newborn. “However, my fans have been my family since this all started so I wanted to share with you a glimpse into the life I am now diving into head first. I would like you to meet LB as we call him, Little Bobby. And my beautiful wife Brittney who is an incredible mother. These two make me the happiest man in the world and it’s a happiness nothing else has ever been able to fulfill.”

Logic continued by addressing his decision to retire from music after releasing his upcoming album, No Pressure, later this month, adding, “I know the news of retirement may be bittersweet when understanding the motives behind it. But worry not dear listener. I will still be here for you. This will now, if anything, only allow me to focus more on not only my family. But YOU!”

The Grammy nominee then directed his message toward his family, noting that they “can communicate more” without having “the stress of this industry.” He concluded his statement by sharing his love and appreciation to his fans and loved ones, adding: “Now let’s all kick back, love life and enjoy each day having fun … No Pressure.”

The Maryland native announced that he was expecting his first child in an August freestyle rap, “No Pressure.” In the song, Logic, whose real name is Sir Robert Bryson Hall II, said, “Surprise! It’s a little baby boy, f–k TMZ they can’t get the scoop on that shit.”

This lyric was in reference to the outlet’s 2018 report that the “Take it Back” rapper and his wife, Jessica Andrea, had split after two years of marriage.

Although Logic didn’t mention his baby-to-be’s mother in his pregnancy reveal, he seemingly confirmed the following month that designer Brittney Noell was expecting their first child. “She’s chillin’, thinking about our little baby in her tummy,” he told TMZ in a September video.

The Grammy nominee also confirmed in the footage that he and Noelle are married. “Me and my wife were playing [chess] tonight,” he said while holding up a board. “She’s pretty good.”

TMZ reported in July that the pair had taken out a marriage license. This news came one month after Noell was spotted wearing what looked like an engagement ring in a friend’s Instagram upload.

While the couple await their little one’s arrival, they are filling his nursery with toys. “Little Bobby’s friends are excited to meet him!!!!” the Supermarket author captioned a September photo, featuring a range of stuffed animals, from Winnie the Pooh to Curious George, sitting in a circle on a sky rug. “This low key look like a support group.”

The dad-to-be has also been touring and working on new music, which he teased in his “No Pressure” freestyle, rapping, “On this Under Pressure sequel we not takin’ it back. / We keepin’ it pushin’. / People scared of change, but you’ll find me deep in a cushion.”

Scroll down to see photos of Logic’s son.