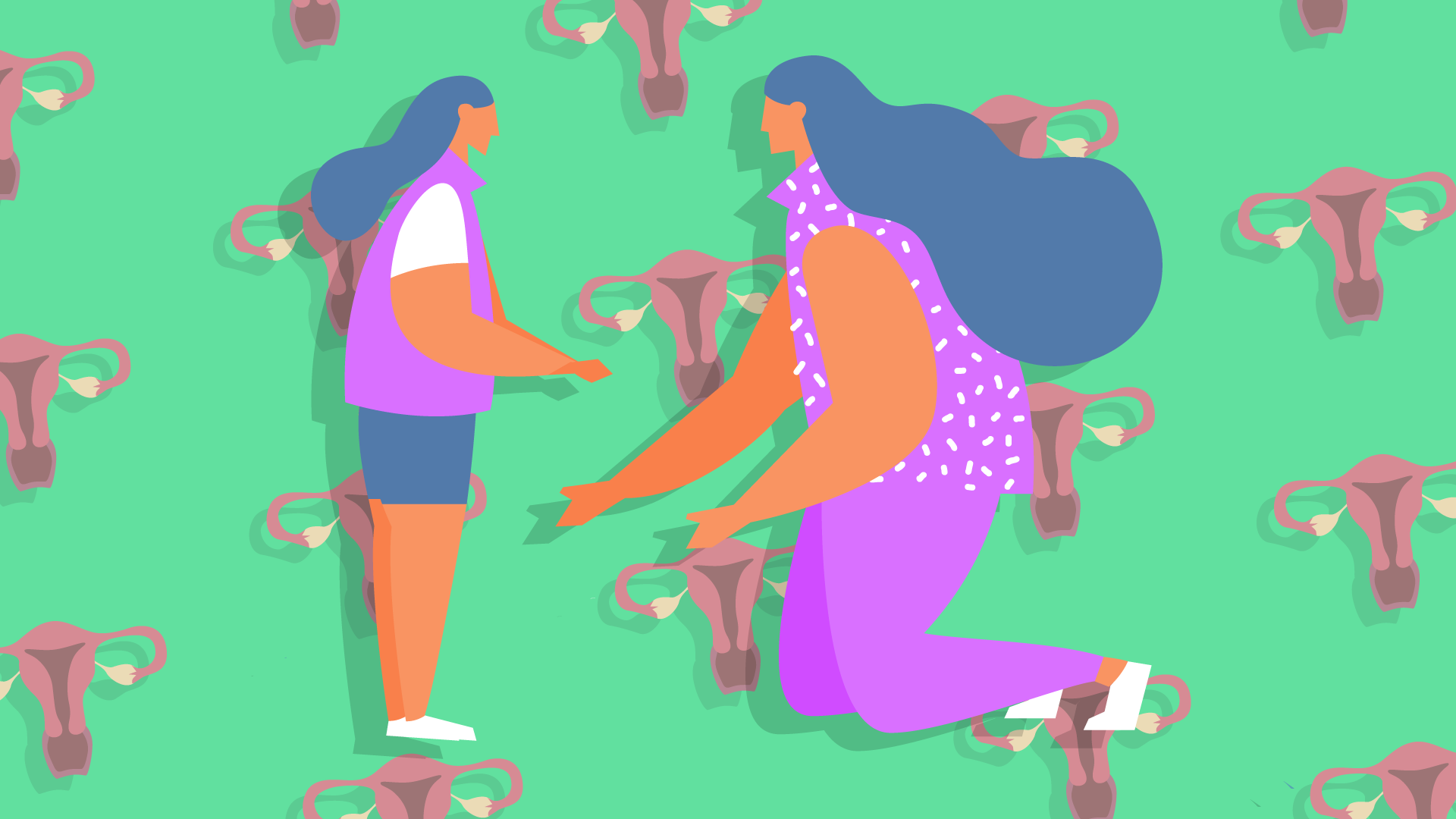 I Had a Hysterectomy — & It Was So Important for My Daughter

At the age of 41, after suffering from symptoms of a uterine fibroid, I had a hysterectomy. The surprise positive outcome? My 10-year-old daughter’s curiosity about what my body was going through after the surgery led to a line of questioning about her own body, and my hysterectomy turned out to be a timely teachable moment to talk to my daughter about body positivity, puberty, fertility and women’s health.

My daughter was at the ever-crisis-producing stage of middle school when her fifth-grade sex ed class contained the most disgusting yet fascinating pool of information she’d ever heard. I had long ago had discussions with her about menstruating and later about sex, but it felt more like anatomy lessons than question-and-answer sessions. I bought her books she chose to read on her own, and even though I found the books on her nightstand with dozens of sticky notes marking specific pages, she never approached me to revisit our discussions.

In the weeks leading up to my hysterectomy, I told her I had a noncancerous growth in my uterus that was too large to remove through a simple procedure. Therefore, I was having surgery to take out my uterus, cervix and fallopian tubes so I would no longer be in pain.

At first, she accepted that simple explanation. But after my surgery had been successfully completed and I was home recovering, she started asking questions. And what began as curiosity about the effects of both the fibroid and the surgery on my body quickly turned into open mother-daughter conversations about her body.

Whatever question she asked, I answered, but I didn’t go into more detail than I thought she was ready for. Allowing her to take the lead helped me to understand how much she already knew and what, if anything, she was misinformed about.

One day, she asked how I found out about the uterine fibroid and its removal. I explained that women see doctors called gynecologists, and during one of my checkups two years earlier an ultrasound technician discovered it. However, the fibroid didn’t cause any symptoms until recently, and once I realized the pain was beyond normal cramps, I went to see my doctor, who informed me the fibroid had grown and recommended a hysterectomy.

We then had a discussion about how important it is for women to see their doctors regularly for various tests, and that one day, she would have to start that lifelong practice as well. We talked about knowing our bodies well enough to discern what feelings are normal and what feelings should be discussed with a professional.

After letting that information sink in for a couple of days, my daughter asked if the surgery made my periods stop (yes) and if I would be able to have more children (not unless I wanted to adopt). I knew she was nervous about the unknowns of getting her first period, so I flipped the focus to her, skipping another anatomy lesson and instead encouraging her to share her fears and uncertainties.

As it turns out, she wasn’t worried about cramps and PMS moodiness as I suspected. Nope, my daughter, ever the planner, was worried about logistics: What should she do if she started her period at school?

Before long, we had created a plan for what she should do if she gets her first period at just about any location other than home, including school, her father’s house and public places where she might not have access to feminine hygiene products. And after answering the rest of her questions, we laughed at how the boys in our house were probably happy the girls in the house would never have their periods at the same time.

By the time I fully recovered from my hysterectomy, we had tackled all kinds of health issues in our near-daily chats. She asked about the parts of my body I had removed, and when I explained that the surgeon left my ovaries so I wouldn’t go into instant menopause, we talked about what happens as women age. She asked if she would get a fibroid like me, which led to a discussion about the disorders she could possibly inherit from me, like hypothyroidism and a handful of autoimmune disorders. She even asked about the postsurgery medications I had lined up on my nightstand, so we talked about prescription drugs and addiction.

My tween daughter is just beginning to learn about everything her body will endure as she grows into a woman. My candor about my own body and health issues didn’t just satisfy her curiosity about the inner workings of the female body and show her the importance of making health a priority, but it also opened a line of communication I’m hoping she can continue to rely on throughout her childhood and into adulthood.

Hawthorn: Ranked 1. the medicinal plant of the year 2019