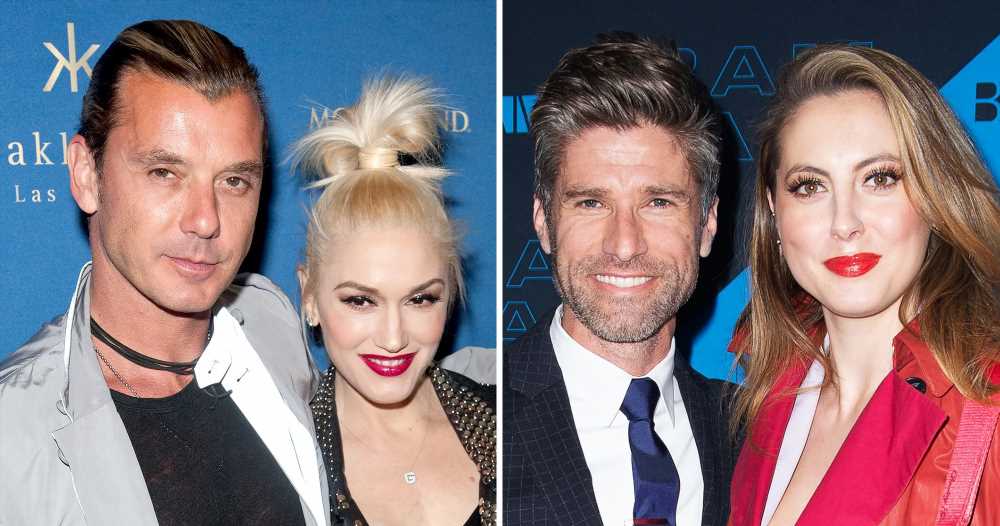 Making it work amid a pandemic! Gavin Rossdale, Gwen Stefani and more former couples have been coparenting their kids while quarantining amid the coronavirus spread.

The Bush frontman admitted in April 2020 that the transition has been “tricky.”

“I did the first two weeks with them, then they went to Oklahoma,” the “Glycerine” singer said of his and Stefani’s three sons, Kingston, Zuma and Apollo during a Sirius XM “Trunk Nation” interview at the time. “I think it’s OK for now, but it’s a real big dilemma for parents and kids with split custody.”

Rossdale added, “I miss them, and they should be back. I have them the first week and then I haven’t had them for 10 or 11 days, and that’s a long time. Normally, I have them every five days or something.”

While the English star joked that he had previously been “content” with the time off to be “selfish” and “play that guitar,” he now “prefer[s] it when they’re around” and FaceTimes his sons when they’re not.

As for Jewel, the Grammy nominee told Us Weekly exclusively that she was having a “hard” time explaining to her son, Kase, why he couldn’t be with his dad, Ty Murray.

“It definitely takes a lot of conversations to help him understand,” the Utah native told Us in April. “And then also just to know it’s OK to be sad. It is a sad thing. … He knows that we have to stay in to protect people. He’s also young, [so] I think this is harder.”

When the mother-son pair aren’t homeschooling, they’re playing in their garage band to pass the time.

“We’ve been learning ‘Seven Nation Army’ [by The White Stripes],” Jewel told Us. “He plays drums. He’s a lot better at the drums than I am [with] the electric riff. But we have a little garage full of instruments downstairs and he and I are our own little garage band. It’s so fun.”

Keep scrolling to read what more exes have had to say about their quarantine coparenting dynamics, from Christina Anstead and Tarek El Moussa to Eva Amurri and Kyle Martino.