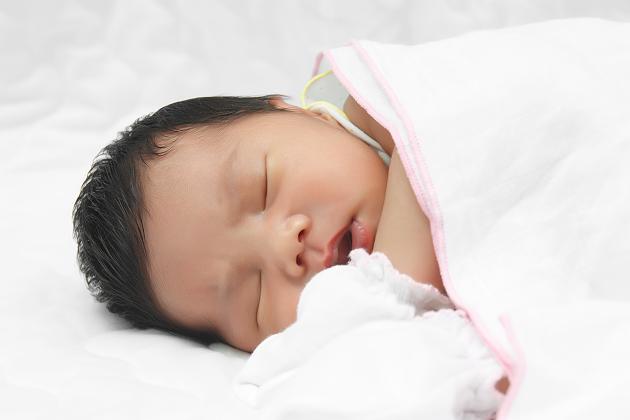 The opposition to the recommendations of international specialists came from a medical layman. Detective Roland Zumpe from Delmenhorst near Bremen expressed cautious doubts that the stomach is the optimal sleeping position for babies.

“Concerns whether the parents are applying the modern recommendation ‘belly situation’ properly, however, if in a relatively small service area in the period of almost two years, five cases were known in which infants are suffocated, without vomit inhaled,” wrote the police officer in 1973 in the journal “criminalistics”.

“In all cases, the kids face had a pillow on top of a more or less soft, traditional baby or a soft blanket rested,” said Zumpe.

A deadly recommendation of Doctors

Two years previously, pediatricians had recommended at an international conference in Vienna, the prone position as a sleeping position. This better motor development, promote deep sleep and protect the child in front of it, vomit, breathe in, experts believed at the time. Thereafter the cases increased from Sudden infant death syndrome (SIDS; Sudden Infant Death Syndrome) significantly.

The recommendation have cost tens of thousands of children’s life, stated the coroner, Peter Jan Sperhake from the Hamburg University hospital Eppendorf in the journal “legal medicine”. From today’s point of view, difficult to imagine not only the former, scientifically untested recommendation, but also the fact that this misconception is, despite the many warnings in many countries for decades.

“In retrospect, it is incredible that this has taken so long,” said Sperhake. “But when international campaigns are in the world, they are difficult to undo.”

The GDR reacted faster than the Federal Republic of

In the GDR the error was detected rapidly. After several eye-catching deaths, the Ministry of health has allowed, already in the spring of 1972, the prone position for children in nurseries, only in the awake condition and under observation. In the Federal Republic of Germany objected to the children’s doctor Gerhard Jorch to the doctrine in 1982.

“In the face of every year more than 1000 of such SIDS deaths alone in the old Federal States, the question must be asked, if not in this country, the time for the warning before the stomach is able to come as a preferred storage of the infant in their sleep,” wrote the experts.

“At the time, one of the leading children’s doctors called me in Germany and said: ‘According to this article, you are burned!'”, Jorch recalls. Mr kept wrong. Jorch is since 1998 Director of the clinic for General paediatrics and neonatology at the University of Magdeburg. “There has long been evidence to suggest that the prone position is dangerous”, as Jorch. “But it never became a campaign.”

All of that changed after the reunification, not least thanks to Jorchs article in the “medical journal”. In 1991, 1285 babies to the Sudden infant death syndrome, the vast majority of them in the West, died in Germany. Thereafter the value fell steadily. In the year 2015, according to the Federal statistical office 127 children – this is equivalent to a stable number of children of a decline of 90 percent.

Despite the positive development of the Sudden infant death counts in addition to congenital malformations – still one of the most common causes of death of children in the first year of life. And furthermore, the phenomenon is medical mystery. This is also in the Definition of justified.

Once there is a diagnosis, it may no longer be Sudden infant death syndrome. Often, it is emphasized that young people are more at risk than girls. Jorch, this is the fact that boys are generally more prone to health problems. According to the statistics, exactly 67 boys and 60 girls died in 2015, to SIDS.

The most dangerous age, the Phase from the 2. to 4. Month life. Jorch was the result of the fact that children in this age mobile. “Children start from 2. Month, to move more,“ he says. “You can bring in a dangerous situation, but still not free.”

In the year 2019, the major changes in health care