Home » Kids Health » Difficult conversations: What to say when your kid asks about #MeToo 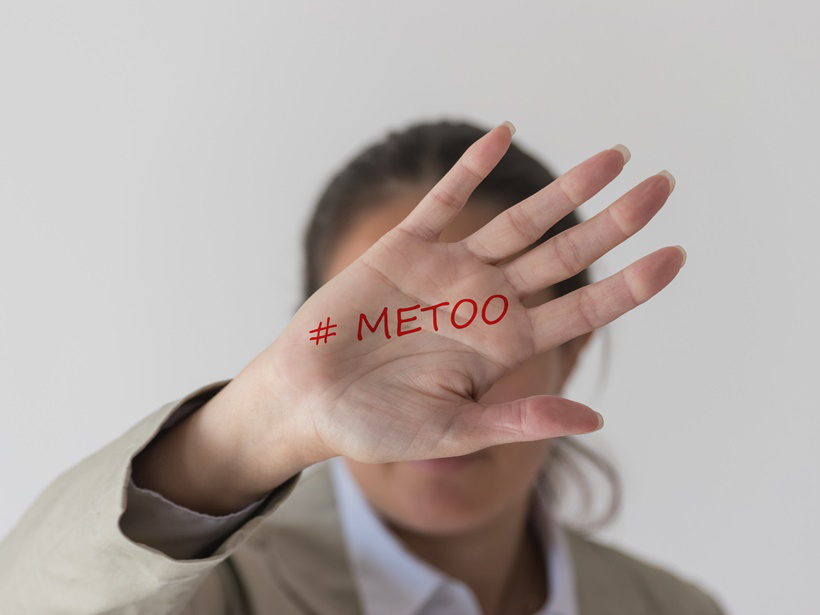 Difficult conversations: What to say when your kid asks about #MeToo

(This is the first of a two-part series on initiating a conversation on #MeToo with the kids.)

A few years back, the boy had grumpily declared, “This whole ‘respect women thing’ sucks. It isn’t all that bad for them.”

I think my coffee mug shook a little when the boy declared that. The younger one mostly chooses to observe while the older one makes such declarations.

“Why do you think so?” I asked. I am totally proud of the fact that my voice was unusually calm.

“Well, the girls in my class, remember? I was bullied by them. They scared me rather than vice versa.” He frowned.

Cut to present, we are discussing the current #MeToo movement. Sometimes I can still see disbelief in the boys’ eyes. At times like these, we talk.

“Is it really that bad Ma? I mean the girls in our class do not seem like victims at all!” The older one mumbled while reading the paper.

“Whoa. Keep me out of it.” The younger one was alarmed at being made a party.

“Heh. Want to hear some stories?”

A few minutes later, both of them had tears of anger and disbelief in their eyes. They heard my own stories. My stories of walking back from school with a friend with our eyes fixed on the pavement since on the opposite side a man had decided to let his pyjama fall. My stories of bus travels and people pushing against you even when there was not much crowd. And then I went on to tell them stories from other people’s lives which were far more gruesome and changed them forever.

“It does get misused though. The whole girl-privilege.” He mumbled in a not-so-sure voice.

“I am sure. But the idea is to know the difference and understand that the misusers are far and few, the sufferers many.”

The younger one just hugged me.

It isn’t just important to talk to boys about what we women go through but also the girls. It is essential that they know that they are not wrong, that they do not have to be apologetic, that it is not their fault and that we stand with them. As parents we often scare the child and understandably so. We are trying to protect them. We tell the girls about everything they should do in order to stay safe. We never tell them that despite all their attempts and learning, they might still find themselves in predatory situations. As for boys, we assume they will never be predators or be preyed upon. They are on their own.

It is high time we addressed this. With all genders. #Metoo is not just a hashtag on social media and a few columns in newspapers. It is our chance to educate our children better. To make sure that they are seen and heard. To make amends in what we tell (or do not tell) them. As parents, our first reaction is denial. We pretend that it is limited to what we read online and will not seep into real life. I have friends who have been calling me with distressing accounts of abuse, the memory of which they had buried deep. The memories that are now painfully standing in front of them in full, ugly nakedness. So it is real. And it is everywhere.

It is not about “How do I tell my child?” You just do. You use newspapers, anecdotes and preferably personal experiences—whatever it is, just talk. The more important questions are:

The answer to all these questions is a big resounding ‘YES.’ Your child needs to know. The real world is as much a part of her life as yours. Just because you have sons, doesn’t mean you are absolved. Your job just became infinitely complex! Not only do you have to educate the boys about what predatory behaviour is and ensure that they do not indulge in harmless precursors to it, you also have to make sure that they understand that victims do not have a specific gender. It can be anyone.

Of course it might scare the child. It scared us, the all-knowing adults too. But fear should never stand in the way of knowledge. Courage is not fearlessness. Courage is acceptance of the fear and the ability to fight it. We arm them with knowledge and then we be their courage till they find their own.

Children are much more ready to handle complexities than we give them credit for. The actual question is are we ready to handle their questions, worries and fears? This is not just one conversation that we can have and get done with. It is a process. There might be unanswered questions. When that happens, honestly admit that you do not know the answer. I have done that a million times! I simply say, “I do not know the answer to that but I shall find out and get back to you.” And I do. After reading more, talking to others and getting clarity on the subject.

For the child’s sake, do not brush it aside as a ‘fad’. It isn’t and you know it. Now the choice is ours—are we going to let our children believe that it is all a part of being a woman, something that we have to helplessly bear? Or are we going to help them stand up? For that matter, are WE going to stand up? Turning a blind eye and pretending the world is full of candy floss and rainbows will not get us far. We need to face our demons and introduce them to the kids. We need to make sure that the tiny ones grow up to be the demon-slayers. Today when you stand in front of the mirror, look yourself in the eye and ask yourself what it is going to be—another generation of the same or a crop of hope?

(The writer has a PhD in Positive Psychology and is a lecturer in psychology. She is also the author of the book Keep Calm and Mommy On.)

5 drinks that can help you quickly lose weight
Health News