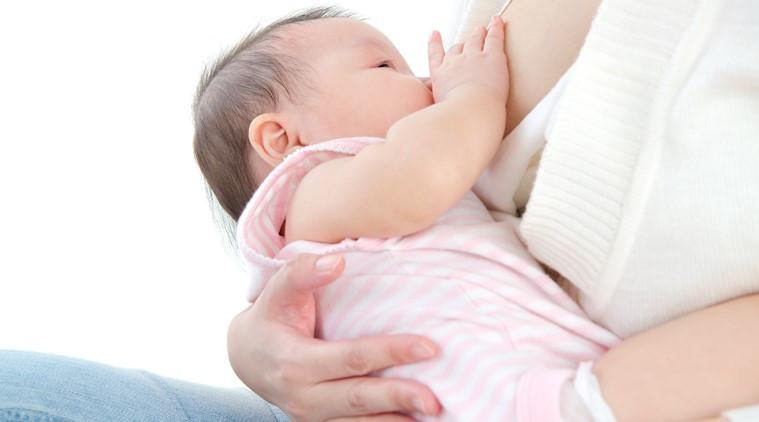 Breast milk that is pumped and delivered by bottle is generally better than formula. But pumped breast milk may not deliver the benefits of the sugars that arrive in breast milk straight from the source. 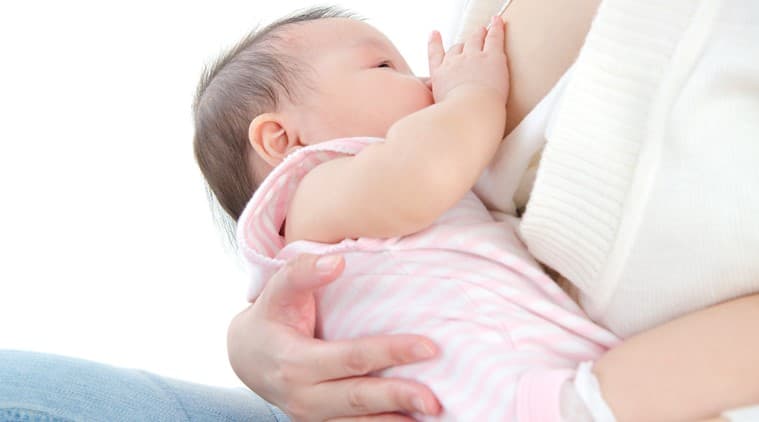 In the earliest days after birth, millions of bacteria make their home in a baby’s body — in the skin, mouth and especially the gut. These immigrants come from the birth canal and the mother’s feces (during a vaginal birth), the mother’s skin and mouth as she holds and nuzzles the baby and perhaps even from the placenta, although that source is still debated.

The colonizing microbiome can have a far-reaching impact on the baby’s health. Studies have suggested, for instance, that the populace of a baby’s microbiome in the first two years of life may predict later risk of obesity. Children born by cesarean section are also more likely to become obese, or to develop autoimmune diseases such as type 1 diabetes and asthma.

Lately, scientists have identified another major contributor to the infant microbiome. Breast milk, it turns out, is teeming with bacteria that colonize the infant’s gut, and could help set the course for the baby’s growing immune system and metabolism.

Moreover, breast milk seems to be rich in beneficial bacteria only when it comes directly from the mother’s breast — not even when the same milk is pumped and delivered later by bottle. Pumped milk still carries most other riches of breast milk. Nevertheless, this news about the microbiome, emerging from studies done in the past few years, taps into a fraught issue for many women: medical recommendations and societal pressure to breast-feed, combined with policies, or physical problems, that often make it all but impossible to do so.

Especially for the gut microbiome of older babies, “the number one thing that influences that composition is what they’re being fed,” said Meghan Azad, a pediatric researcher and epidemiologist at the University of Manitoba. “In some ways that message isn’t for individual moms, but for society overall: Breast-feeding is very important.”

The idea of a breast milk microbiome, and of its importance, is only just beginning to take root. The numbers of bacteria in breast milk are much lower than in stool, the usual route to sample gut bacteria, and scientists lacked the tools to analyze breast milk. As the technology has matured, researchers have found that breast-feeding seems to have an outsize impact, populating the baby’s microbiome with good bacteria.

It’s well known by now that babies born by cesarean section miss out on many helpful bacteria. And antibiotic use in the mother or baby can also obliterate the baby’s nascent bacterial populations. Breast-feeding can compensate to some extent.

“Those instructions come very early in life,” said Jed Friedman, director of the Harold Hamm Diabetes Center at the University of Oklahoma. “The problem becomes if you can’t breast-feed and are switching to formula, and maybe you’re getting antibiotics — if you wipe out all these sources then you’ll see big changes. When you add all those together it’s a triple whammy.”

A recent series of studies has cast light on a particularly beneficial type of microbe, called bifidobacteria. Groundbreaking work published in 2012 by Omry Koren, who runs the Microbiome Research Lab at Bar-Ilan University in Israel, showed that the microbiome evolves during pregnancy. Over time, it becomes similar to a state that resembles inflammation and metabolic syndrome — a condition associated with heart disease, stroke and Type 2 diabetes. In April, Koren’s team showed that, late in pregnancy, bifidobacteria sense a gestational hormone called progesterone and proliferate in response, as if preparing for the breast-feeding phase.

“We actually think there is a sort of evolutionary mechanism here, which basically causes bifidobacterium to grow faster,” Koren said. “The fact that bacteria can sense human hormones and react to those hormones, I think that’s pretty fascinating.”

Bifidobacteria consume special sugars found in breast milk, called human milk oligosaccharides, that babies cannot otherwise digest. As a result, these bacteria are abundant in the guts of breast-fed infants but not of formula-fed babies.

Breast milk has long been known to contain human milk oligosaccharides, but the discovery that they’re important for the microbiome to thrive has drawn attention to them. Cows make about 40 different oligosaccharides, and humans make more than 100, although each woman’s breast milk contains a subset of that number.

A woman’s breast milk also contains a unique mélange of hormones, antibodies and bacteria — a brew that presumably evolved to meet the needs of her child. “It’s one of the unique things about human milk that’s really hard to replicate,” Azad said. “A formula is an attempt at making something that’s one-size-fits-all, essentially.”

Formula manufacturers keep up with the science on breast milk, and they strive to mimic the substance as closely as possible. But in the case of oligosaccharides, they may have jumped the gun: Some companies are adding one of the complex sugars, called 2FL, to their products (and are testing many others). However, about 20% of women don’t produce 2FL in their breast milk. If one of these women gives her baby a formula that contains 2FL, the baby receives a sugar that it would not have received naturally, Azad said: “And is that a good thing? Is that a bad thing? We don’t really know yet.”

Adding just one sugar also may not provide much benefit. Research suggests that only about 10 of the sugars seem to be particularly important for a baby’s health — but only when consumed in combination.

“What is the function of those components if they’re isolated and not all in combination with each other?” said Dr Andrew Bremer, a pediatric researcher at the Eunice Kennedy Shriver National Institute of Child Health and Human Development, in Bethesda, Maryland. “Just adding one to a predefined formula, is that comparable to breast milk? Or, heaven forbid, is it deleterious?”

Breast milk that is pumped and delivered by bottle is generally better than formula, Azad said. But she had some additional news that some working mothers may find unsettling: Pumped breast milk may not deliver the benefits of the sugars that arrive in breast milk straight from the source.

Azad and her colleagues studied 393 Canadian mother-infant pairs and found that pumped breast milk seems to be richer in some harmful bacteria, and has few bifidobacteria. Many variables can affect the quality of pumped breast milk, including the type of pump, how the milk is stored and the cleanliness of the bottles and nipples. Azad’s work suggests that direct contact between the mother’s breast and the baby’s mouth is important: When a baby nurses, some denizens of its oral microbiome may traverse back into the mother’s breast.

In other words, the benefits of breast-feeding may derive from myriad factors, including the many microbiomes in the mother’s body — in the breast milk and on the skin of the breast — and in the baby’s mouth and gut.

“I don’t want the message to be that expressed human milk is bad,” Bremer said. “It’s that there are other factors involved. When you disrupt that experience of baby sucking on the mom’s breast, what do you lose? Or what’s gained by that process? The science is more ripe now to start delving into those questions.”

Doctors should also exercise caution when prescribing antibiotics to babies or to lactating mothers, he said. There is robust evidence that antibiotics can have a powerful negative effect on the microbiome, shifting the balance toward harmful bacteria.

For some women and babies, forgoing antibiotics is not an option. As many as 1 in 4 pregnant women are infected with group B strep bacteria, and may need intravenous antibiotics during labor to lower the risk of infecting their babies. Those women are encouraged to minimize the effects on the microbiome by several means, including vaginal delivery, exclusively breast-feeding, providing abundant skin-on-skin contact with the baby, and avoiding giving the infant scented baths, which can disrupt its microbiome.

“Those things, then, really, overwhelmingly promote a beautiful growth of healthy bacteria both on the skin of the baby and in the gut,” said Sara Edwards, a researcher at Emory University’s Nell Hodgson Woodruff School of Nursing.

Edwards and her colleagues are following nearly 600 pregnant women to track relationships between their antibiotic use at different stages of gestation and the long-term effects on mother and baby. No definitive patterns have emerged yet, but the changes in the mothers seem to be short-lived.

“It looks as if the body does a pretty good job,” Edwards said. “Especially among people who are healthy and don’t have other comorbidities and other immune issues — that there is a correction that occurs once the antibiotics are over.”

Women also should exercise, avoid stress and eat foods that either contain or nourish good bacteria, including yogurt, kefir, kombucha and sauerkraut, she added.

“Things that promote wellness in the mother also produce the richest, healthiest type of diet for the babies’ milk,” Edwards said.