Home » Health Problems » Where will the world’s next Zika, West Nile or dengue virus come from?

Where will the world’s next Zika, West Nile or dengue virus come from?

After collecting data and comparing it with every known mammal and bird species on Earth, scientists from the University of California, Davis, have identified wildlife species that are the most likely to host flaviviruses such as Zika, West Nile, dengue and yellow fever. Flaviviruses are known to cause major epidemics and widespread illness and death throughout the world.

The resulting “hot spot” maps show regions of the world with high diversity of potential wildlife hosts of flaviviruses—viruses mostly spread by mosquitoes and ticks. These include regions where flaviviruses have not been detected but that have wildlife species with the potential to harbor them.

The information provides scientists and health authorities with a road map for disease detection and surveillance efforts.

“Tomorrow, if there’s an outbreak anywhere in the world, we now know which wildlife species are most likely to be infected in addition to humans,” said lead author Pranav Pandit, a postdoctoral scholar with the UC Davis One Health Institute’s EpiCenter for Disease Dynamics in the School of Veterinary Medicine.

The findings are reported in a recent study published in the journal Nature Communications.

Recently Zika virus emerged and continues to circulate in South America and Southeast Asia. The study predicts potential wildlife hosts in these regions with the ability to maintain Zika virus transmission in nature. 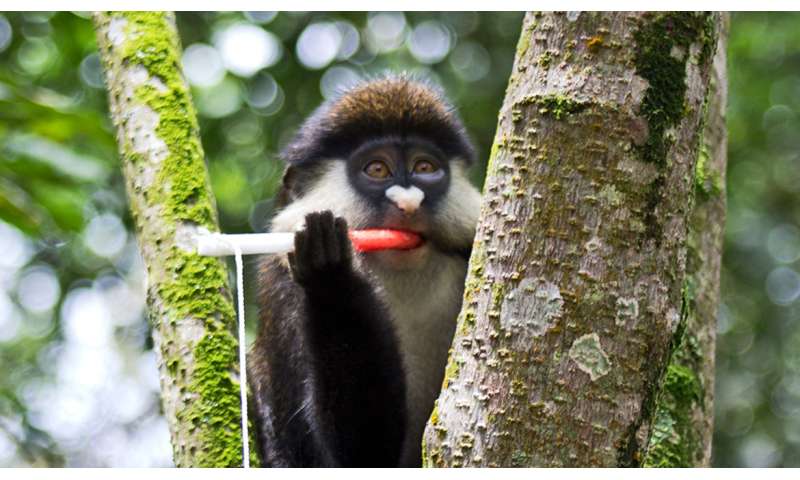 For the study, researchers collected all the published data on wildlife species that have tested positive for flaviviruses. They identified important host traits, such as environmental and physiological features. Then they used a machine-learning model that considered the roughly 10,400 avian and 5,400 mammal species in order to identify the most likely species to host viruses.

Helping humans and other primates

Co-leading author and UC Davis professor Christine Kreuder Johnson said the modeling work can help researchers identify which primate species could be potential virus hosts. For example, the model indicated that primates are the main hosts of Zika and yellow fever, but only nine of the 21 primate species predicted to be hosts have been detected with either of those viruses due to limited surveillance activities among these species to date.

UC Davis One Health Institute scientists have established noninvasive sampling techniques for primates, such as collecting saliva from sticks and plants chewed by primates or from ropes coated with strawberry jam. But flaviviruses can be difficult to detect, especially in wildlife.