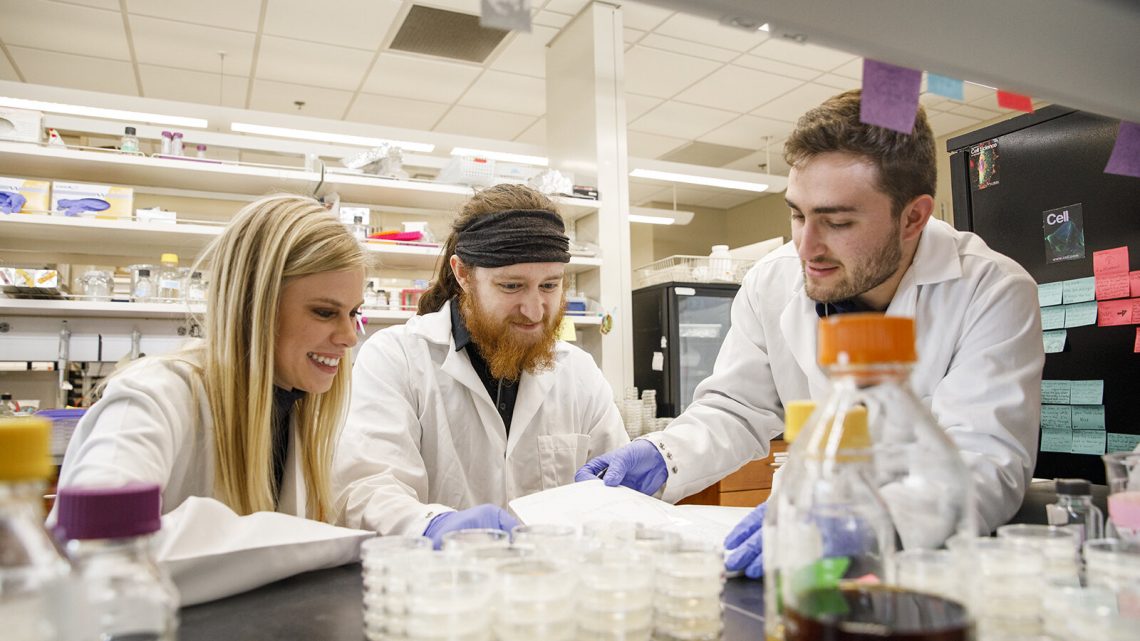 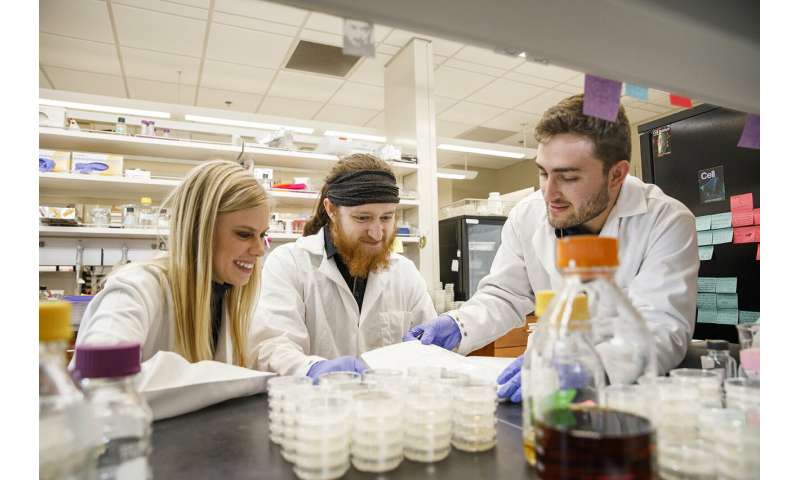 Researchers at The University of Alabama have shown a tiny worm can replicate genetic causes of Alzheimer’s disease, expanding the breadth of preclinical models for the disease.

“This is exciting because it validates the idea that we can use this simple system as a way to more rapidly tease out factors that might contribute to Alzheimer’s,” said Dr. Guy Caldwell, University Distinguished Research Professor.

Caldwell is co-author of a paper on the findings published in the journal Disease Models and Mechanisms. The work was supported by a Howard Hughes Medical Institute Collaborative Innovation Award.

The lead author is former UA doctoral student, Dr. Edward Griffin, now a post-doctoral researcher at the University of Alabama at Birmingham department of neurology.

The Caldwells, along with their students, use tiny roundworms known as C. elegans, which share roughly half their genes with humans, to study human diseases. Its basic features allow inexpensive and rapid testing for a range of neurological diseases, as researchers can induce similar effects in the worm. They can be an important step in evaluating therapies in a chain of discovery from cells to animal models and, eventually, humans.

The worms have been used to study aspects of Alzheimer’s disease before, but now the UA researchers were able to show that humanized worms can be generated to emulate conditions seen in humans with genetic variation in a certain protein called Apolipoprotein E, or ApoE, for short.

The exact cause of Alzheimer’s is unknown, but the effects of the disease on the brain include decreasing communication between the brain’s cells as neurons and their synapses are lost, leading to atrophy of part of the brain as the disease progresses. A person goes from short-term memory loss to dementia and eventual loss of bodily functions.

A characteristic of the disease is the folding and tangling of the protein amyloid beta into plaques as it aggregates in excessive amounts in the brain, contributing to the loss of neuron connections. This is found in nearly 70 percent of late-life Alzheimer’s.

Although the cause of amyloid beta plaques is not clear, a strong genetic risk is variation of the APOE gene. In fact, the variant, APOEε4, is found in more than 40 percent of patients. If two of the APOEε4 genes are inherited from parents, a person has a 15-fold increased risk of getting Alzheimer’s, although the chances of not getting it are still greater than a diagnosis. The presence of APOEε4 can be detected in commercial genetic tests commonly used for ancestry discovery.

During the research that led to the paper, Griffin and the team induced neurodegeneration using human amyloid beta in the worms and tested it with three variants of APOE – APOEε2, thought to provide protective measures against Alzheimer’s; APOEε3, a seemingly neutral genetic variant for the disease; and APOEε4.

“We took a worm model with amyloid beta that we previously found could already be used to discern genes and drug candidates related to Alzheimer’s, as reported in a 2011 article in Science, and now added these major genetic risk factors for the disease to it,” Caldwell said.

The UA researchers found the APOE make-up in the worm did affect neurodegeneration. In the worms, APOEε4 did not increase neurodegeneration, but the protection against it was lost. Strikingly, neurons in worms with APOEε2 were protected, as observed in humans. Worms with any APOE variant but no amyloid beta were fine.

“It’s that combination that seems to be toxic to the neurons,” Caldwell said.

APOE also affected the lifespan of the worms, with APOEε4 showing comparatively decreased survival. That’s a key to understanding Alzheimer’s as it has become more prevalent as people in developed societies live longer, Caldwell said.