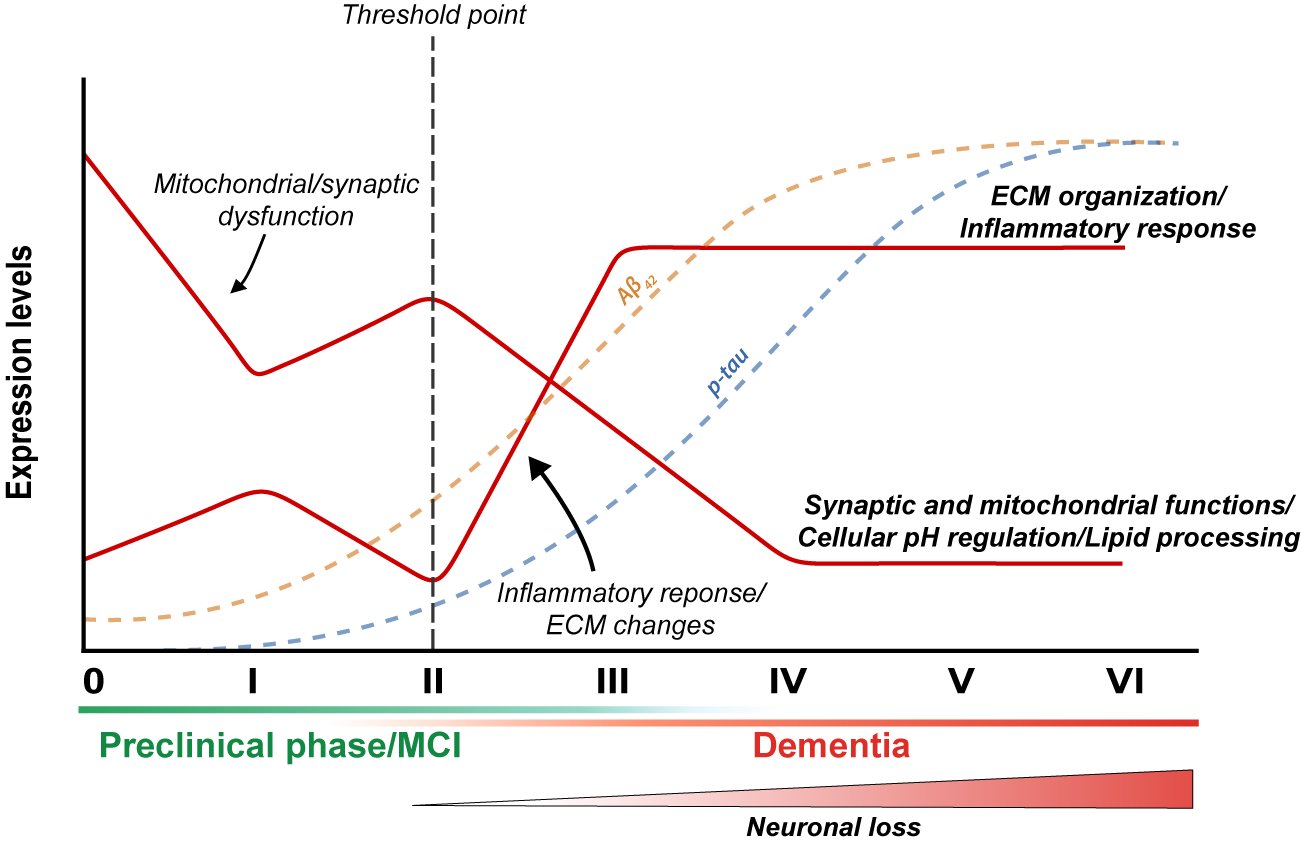 Researchers at the University of Eastern Finland have discovered new changes occurring in the human brain in the early stages of Alzheimer’s disease. The researchers used a multiomic approach to determine RNA, protein, and phosphorylation levels and carried out further neurobioinformatic analyses on them. The findings, drawing on data from a Finnish biobank of brain tissue samples, were published in Neurobiology of Disease.

“Yet, we know that changes in expression aren’t always translated to the protein level, and we also know that phosphorylation regulates the function of the proteins produced. Therefore, it is essential to look at multiple levels of regulation at the same time in order to understand the functional changes taking place in the early stages of Alzheimer’s disease,” Postdoctoral Researcher Mikael Marttinen from the University of Eastern Finland explains.

In the newly published study, researchers from the University of Eastern Finland used data available in a unique Finnish biobank of brain tissue samples, where samples are categorised according to the accumulation of phosphorylated tau protein, representing the different stages of Alzheimer’s disease. By carrying out genome-wide analysis of the samples for changes in RNA, proteins and protein phosphorylation, and by conducting neurobioinformatics analyses, the researchers managed to demonstrate associations of functional changes in certain brain cell types with Alzheimer’s-related accumulation of phosphorylated tau protein. The researchers also showed that machine learning can be used to classify patients into different stages of disease pathogenesis merely by looking at changes in the expression of a selected group of genes.

Further research will focus on exploring whether the newly discovered brain changes in the different stages of the disease are also visible in cerebrospinal fluid and blood samples, and whether these could also be used as new predictive biomarkers of Alzheimer’s disease. Furthermore, the changes discovered in the early stages of the disease open up new avenues for potential targets of treatment for Alzheimer’s disease.