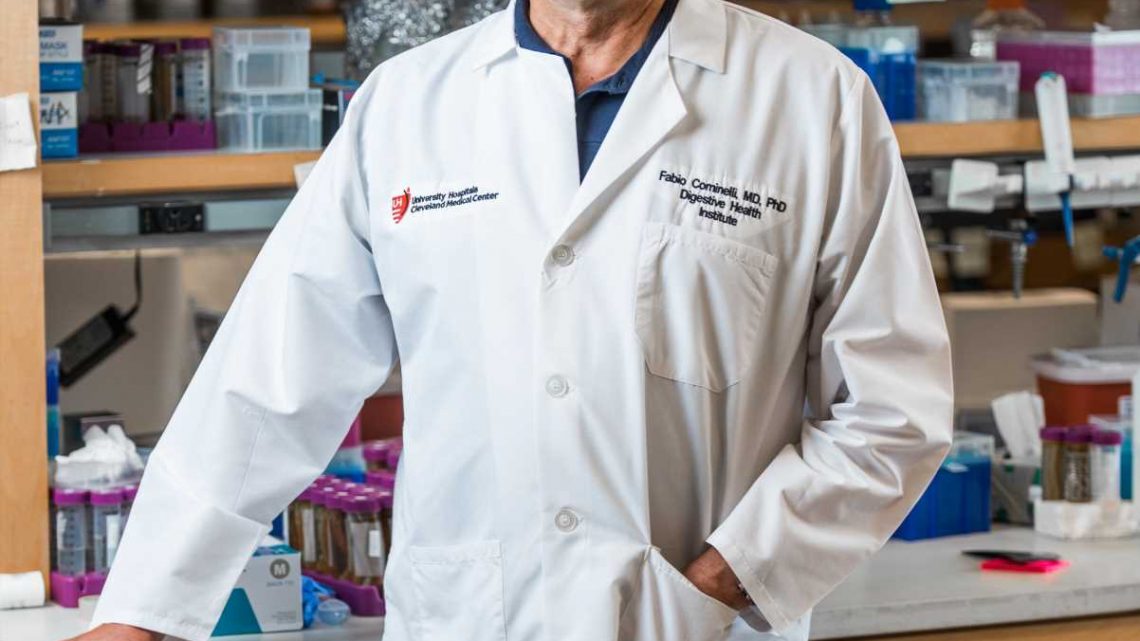 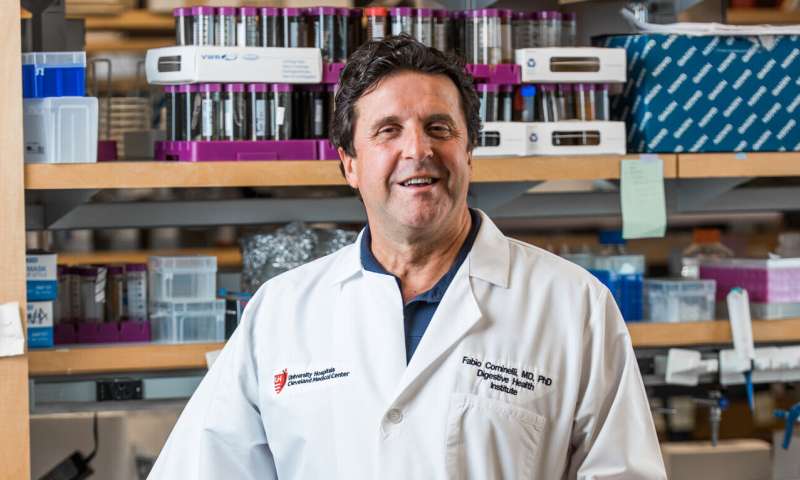 Investigators at the Case Western Reserve University School of Medicine discovered that blocking interleukin-1α (IL1α), a protein that controls inflammation in the gut, markedly decreases the severity of intestinal inflammation in a mouse model of Crohn’s disease (CD).

The anti-inflammatory effects of the biological therapies used to neutralize IL1α were similar to those of steroids, which represent what is generally considered the gold standard of treatment for these patients. In addition, the researchers found that the effect of anti-IL1α treatment was controlled by changing the composition and function of the gut microbiome.

Their findings will be published online the week of Dec. 16 in the Proceedings of the National Academy of Sciences.

“This is one of the first studies, to our knowledge, that links the effect of a specific cytokine, such as IL1, to the gut microbiome,” said lead author Fabio Cominelli, professor of medicine and pathology at Case Western Reserve University, and division chief of gastroenterology at University Hospitals Cleveland Medical Center.

Furthermore, the study provides the preclinical rationale for performing the first clinical trial blocking interleukin-1 in patients with inflammatory bowel disease (IBD), which Cominelli and his collaborators at Xbiotech Inc., a biosciences company based in Austin, Texas, who developed a human monoclonal antibody against IL1α, are planning for the near future.

“I’m really excited about this study because I started my career three decades ago collaborating with (co-author) Dr. Charles Dinarello, professor of medicine at the University of Colorado, who discovered and cloned interleukin-1 in the early ’80s,” Cominelli said. “Now I have the opportunity to collaborate again with him in this exciting project that has the potential to develop a novel biological therapy for patients with IBD.”

IBD, which refers to Crohn’s disease and ulcerative colitis, affects more than three million adults in the United States, according to the Centers for Disease Control and Prevention. This estimate does not include children who may also have IBD. Most people with IBD are diagnosed in their 20s and 30s, according to the CDC.

To date, there is no cure for these devastating diseases, and available therapies are effective in only about half of IBD patients.