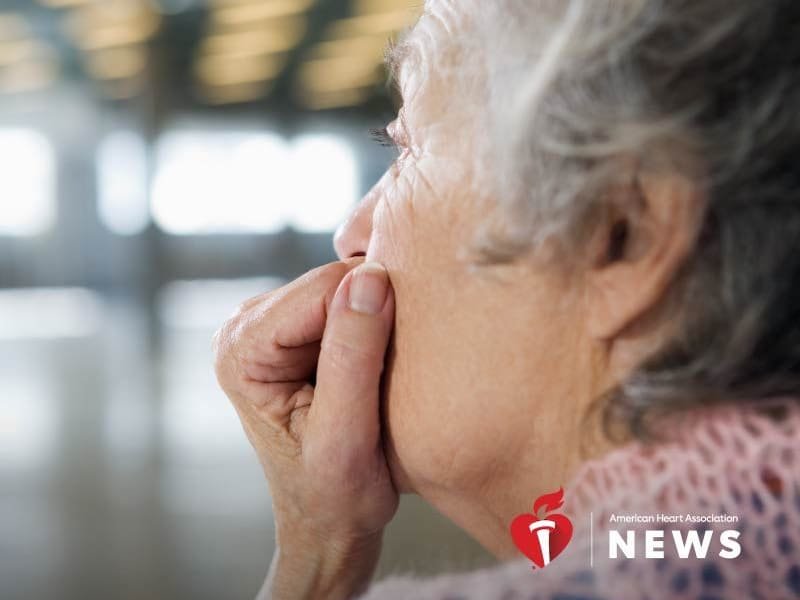 The sharp and sudden pain from an aortic dissection, along with the emergency treatment that follows, can lead to post-traumatic stress disorder years later, a new study finds.

An aortic dissection is a life-threatening condition in which a tear in the wall of the aorta—the major artery carrying blood out of the heart—allows blood to rush between the wall’s layers. Most people who have one say they feel a sudden ripping or stabbing chest pain that sometimes spreads to the back. It is usually treated with surgery and medication.

In a study of aortic dissection patients treated at the Cleveland Clinic, researchers reached out to 295 people with an online survey that included four questions commonly used to screen for PTSD.

About 44 percent of those surveyed, or 129 people, answered all four screening questions. Of that group, 22 percent screened positive for PTSD. The results “absolutely shocked” researchers, said Selena Pasadyn, a medical student at the Cleveland Clinic Lerner College of Medicine and the study’s lead investigator.

“We’re advancing a lot in our care for these patients. We’re able to get them through this acute event, but it’s also our responsibility as physicians to think about their long-term quality of life,” Pasadyn said. “This is a cry to physicians to consider PTSD, to screen for it, and to refer and treat appropriately.”

She said she also hopes to raise awareness among patients so they can become better advocates for themselves.

The average age of the patient responding to the survey was 54, and the average time that had passed since their aortic dissection was about seven years, she said.

The findings were presented Saturday at the American Heart Association’s Scientific Sessions conference, in Chicago.

While the study is one of only a few to look specifically at aortic dissection patients, related research has found that about 15 to 25 percent of heart attack and stroke survivors also screen positive for PTSD, said Donald Edmondson, director of Columbia University’s Center for Behavioral Cardiovascular Health in New York City.

An aortic dissection has all of the characteristics of a PTSD-inducing cardiovascular event, he said.

“Any type of event that is sudden onset, highly painful, and life-threatening has the potential to cause PTSD,” said Edmondson, who was not involved in the new study. “But what’s unique and special about medical events like this is that unlike combat or sexual assault, where people can find a safe place where they’re not at risk, someone who’s had an aortic dissection or a heart attack or stroke can never get away from their heart (or brain).”

Edmondson said that heart attack survivors with PTSD are at double the risk of having another attack or dying within the next year than a survivor who is not under similar distress.

There are two reasons for this, he said. One has to do with the body’s natural reaction to stress. Just thinking about a traumatic event can make some people hyperventilate or become lightheaded.

“Often when people become aware of their physiological signals, like feeling short of breath, it distresses them. It makes them worry they’re going to have another cardiovascular event, which of course makes their heart rate go faster,” Edmondson said. “That vicious cycle appears to contribute to secondary risk.”

Why clients stop going to therapy