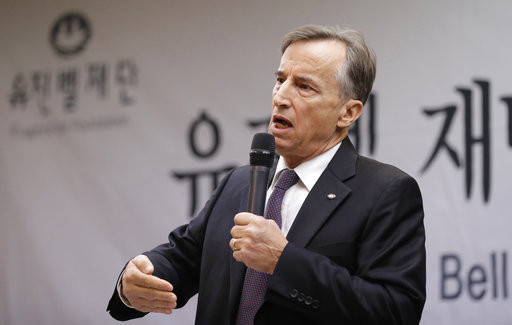 The withdrawal of a major international aid organization threatens to leave tens of thousands of tuberculosis patients in North Korea without the medication they need and could spiral into a severe crisis if it is not addressed soon, according to health experts familiar with the situation in the North.

The dwindling stockpile of crucial medications follows the abrupt departure of the Global Fund to Fight AIDS, Tuberculosis and Malaria, an international aid organization whose grants to North Korea supported the treatment of 120,000 TB patients last year. Its support officially ended in June despite an outcry among health officials in North Korea and in the international community that it could spark a major epidemic.

Neurosurgeon Kee Park, of the Program in Global Surgery and Social Change at Harvard Medical School, said in an email to The Associated Press that the situation is extremely dire and likely to get dramatically worse in the years ahead if it is not properly dealt with.

The U.S.-based nonprofit Eugene Bell Foundation, which works on the ground treating tuberculosis in North Korea, said Friday that the crisis is being compounded by U.S.-led sanctions over Pyongyang’s nuclear weapons and missile program.

North Korea has one of the world’s highest rates of tuberculosis, a highly infectious disease that, while treatable, globally causes more than 1 million deaths each year. According to the World Health Organization, about 107,000 cases of tuberculosis were reported in North Korea in 2017. Making matters worse, North Korea has estimated that 6-7 percent of its tuberculosis population has the drug-resistant variety, known as MDR-TB, which is far more difficult and costly to cure.

“As a result of the loss of the Global Fund grants for the DPRK, we expect a 50-75 percent reduction in treatment capacity for non-MDR-TB patients,” Park said. “Consequently, our model predicts between 155,000 to 210,000 more people will die from TB-related causes within five years. To be clear, these are new deaths that are expected on top of the current mortality rates. We have assumed that the treatment of MDR-TB will continue at current levels.”

Drug-resistant tuberculosis generally results from patients not taking the proper amount or combination of medications to completely cure them of the disease, or by coming into contact with someone who has been infected with it already. 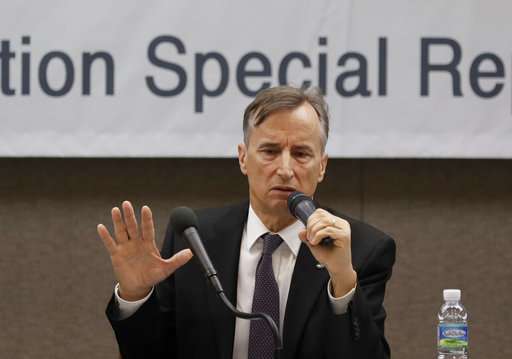 Pyongyang, the North Korean capital, is believed to have a particularly high incidence of the drug-resistant TB strain.

Global Fund announced in February that it was ending its grants to North Korea, effectively ending the largest outside public health assistance program ever for the North, because of a lack of transparency and difficult operating conditions. It has said its stockpile would last for a year, which is longer than the average 6- to 9-month course of treatment for a TB patient.

But the concern is over what will happen after that, how any new cases can be treated if no one else steps in to fill the gap and whether the limited pool of medications would be “rationed” in an ill-advised effort to spread out what medications are left.

“Time is ticking,” Park said. “I have heard from people who have been inside recently that the rationing has already started.”

The problem is especially acute because North Korea has a fragile public health system that could easily be overwhelmed by a large outbreak, sending North Koreans streaming across the country’s border with China, making the epidemic a bigger, regional issue.

Concerns over such a calamity prompted the North to essentially close its borders during the Ebola scare in 2015 and during the SARS outbreak in 2003 in China, though neither seemed to present much of a threat to the isolated North. 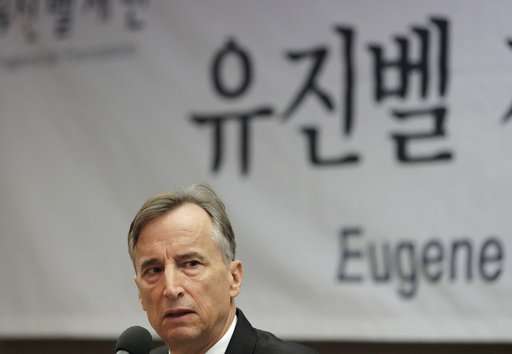 Stephen Linton, chairman of the Eugene Bell Foundation, told reporters in Seoul that South Korea lacks the sense of urgency to help groups like his gain sanctions exemptions so that they can deliver supplies to treat patients in North Korea.

He likened the problem to having the house next door on fire, and said North Korea’s tuberculosis problem could potentially have health consequences for South Korea.

Linton said he believes Global Fund’s decision was at least partially connected to sanctions-related pressure. The U.S. government, which pledged $1.4 billion this year, is one of the biggest donors to Global Fund.

He noted that it has also gotten harder for American aid workers to get permission to travel to the North since President Donald Trump announced his travel ban for U.S. citizens more than a year ago.

Choi Seemoon, a Eugene Bell director, said that while Eugene Bell and Global Fund have provided MDR-TB medications to about 2,000 patients this year, that’s less than 30 percent of the estimated 8,000 North Koreans with the condition. Global Fund’s stock of regular tuberculosis medicine will run out in early 2020, she warned, while its stock of MDR-TB medicine can only cover patients registered by the autumn of this year.

Half of the time to eat, instead of eat the half of it – Why interval fasting works