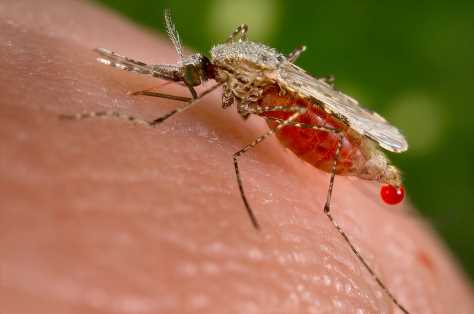 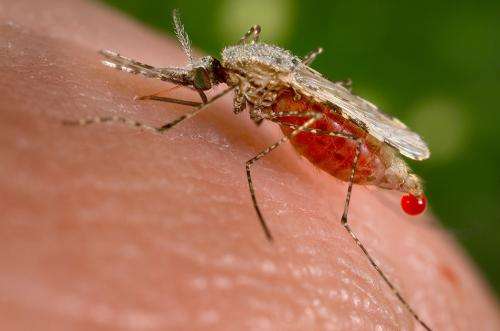 The results presented today at the Annual Meeting of American Society of Tropical Medicine and Hygiene (ASTMH) emerged from the largest trial ever undertaken to assess the malaria-fighting power of long-lasting insecticidal nets (LLINs), which are credited with playing the dominant role in cutting malaria deaths in half over the last 15 years. But there is concern that rising resistance in mosquitoes to pyrethroids, the key insecticide incorporated into the fabric of the nets, is contributing to a recent stall in the decline of malaria infections and deaths—and to a rise of both in some parts of Africa.

“The results from Uganda show that by using an insecticide formulation that interferes with the mechanisms mosquitoes use to defeat pyrethroids, we are seeing a significant restoration of pyrethroid efficacy—not back to pre-resistance levels, but enough to buy us critically needed time while we develop new insecticides and interventions,” said Martin Donnelly, MSc, Ph.D., an expert in the genetics of insecticide resistance at the Liverpool School of Tropical Medicine and a co-leader of the LLIN Evaluation in Uganda Project, or LLINEUP.

At the ASTMH session, the LLINEUP study team presented data from blood tests of over 23,000 children 2 to 10 years old. The data show that for the children who slept under nets augmented with piperonyl butoxide (PBO)—a chemical that blocks enzymes mosquitoes employ to “detoxify” pyrethroids—the number testing positive for malaria parasites 12 months after the nets were distributed was 27% lower than for children sleeping under nets that were treated solely with pyrethroid insecticides. Moreover, households supplied with the PBO-treated nets had 80% fewer malaria-carrying mosquitoes compared to households using conventional LLINs.

“We think nets with this new formulation would do a better job of preventing malaria than standard nets, particularly in areas of high-level insecticide resistance, and could reduce the burden of malaria,” said Sarah Staedke, MD, Ph.D., DTM&H, a Uganda-based malaria epidemiologist with the London School of Hygiene and Tropical Medicine and the Infectious Disease Research Collaboration, a co-leader of the project.

The trial was conducted in close partnership with a bed net campaign led by Uganda’s Ministry of Health and supported by The Against Malaria Foundation that, in the last few years, has distributed millions of bed nets free of charge across a large swath of the country. Both the PBO and non-PBO nets had been treated with pyrethroids, which are safe for humans and were, until recently, lethal to mosquitoes. But their ability to stop the insects is steadily declining.

Donnelly cautioned that while the increased efficacy offered by PBO-treated nets is great news, it’s likely just a matter of time before mosquitoes evolve to evade the compound. He noted that PBO does not shut down all the enzymes mosquitoes employ to overcome pyrethroids. He said that he and other scientists studying the genetic mechanisms of resistance believe mosquitoes will eventually emerge that are increasingly impervious to the effects of PBOs.

But he thinks that the PBO nets could be a very good stopgap for several years. In the meantime, the World Health Organization (WHO) will review the evidence from the Uganda study to determine whether to recommend their adoption while testing continues for a long-term solution. For example, there are newer nets being developed that use two active ingredients or a novel insecticide that employ a different mode of action than pyrethroids to kill mosquitoes. Donnelly said there are efforts underway to conduct trials in Uganda to test this new generation of nets against the PBO nets.

The other good news from the Uganda trial is that despite rising levels of resistance, the study showed nets without PBOs can reduce the prevalence of malaria parasites, even if they are not as effective as when net campaigns were first launched more than a decade ago. Children sleeping under the non-PBO nets had a lower prevalence of malaria parasites than they did before the nets were distributed—though the reduction was not as large as for the children sleeping under the PBO-treated nets. LLINs are now used in half or more of all households in sub-Saharan Africa, which shoulders most of the world’s malaria burden, compared to only about 2% in 2000.

Moses Kamya, M.Med, MPH, Ph.D., the Executive Director of the Uganda Infectious Disease Research Collaboration (IDRC), a study co-leader, said that “there is still an advantage to using any type of LLIN because when you sleep under either type of net, you’re less likely to contract malaria. But the greater reduction in malaria from the PBO-treated nets is significant and switching to this type of net in national malaria control campaigns should be considered.”