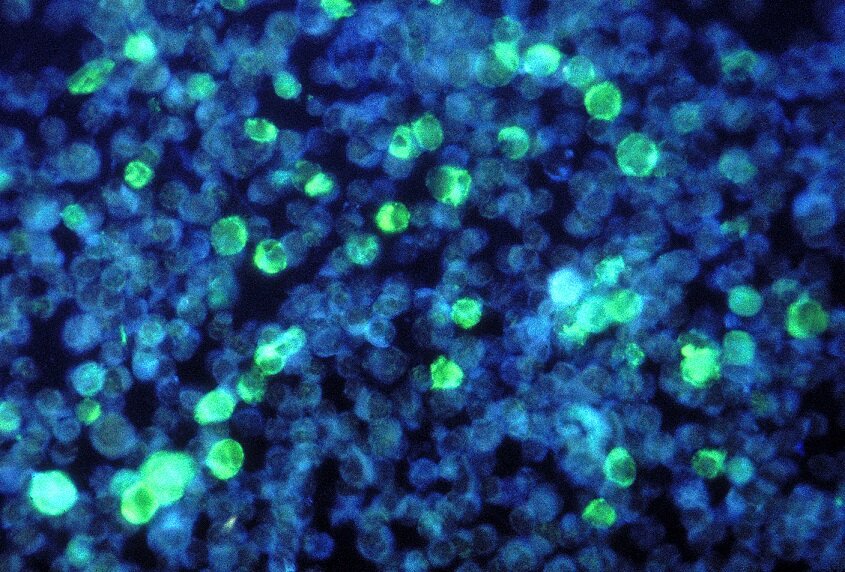 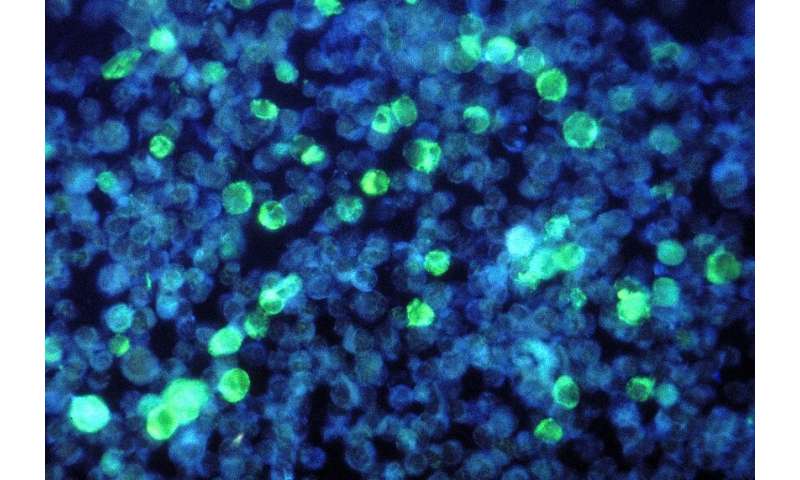 Epstein-Barr virus infects more than 95 percent of people, usually without symptoms. But sometimes its persistence in cells can lead to tumour formation. Now, researchers from Hong Kong and the UK have developed a fluorescing, molecular-sized probe, called L2P4, which can inhibit Epstein-Barr-related tumour growth while allowing researchers to see the targeted tumour cells.

A team led by chemist Gary Ka-leung Wong from Hong Kong Baptist University developed the probe, which is formed of a nucleus-penetrating peptide linked to a fluorescent chemical compound. L2P4 targets a viral protein, called EBNA1, which is crucial for maintaining the Epstein-Barr virus (EBV) genome inside tumours.

L2P4 works by disrupting the function of the viral protein EBNA1, interfering with the replication of EBV’s genome in tumour cells, as well as reducing tumour cell stability.

But further investigations are needed. The researchers injected L2P4 directly into tumours, but localized tumours are already treated effectively by surgical removal or radiation. Injecting the probe into the body’s general circulation could lead to an immune response with a subsequent rapid reduction in its levels, preventing effective delivery to tumour cells.

Still, the probe is a promising target as a future tumour therapy. Its ability to fluoresce in EBV-positive tumour cells also means it could potentially be used in cancer imaging.