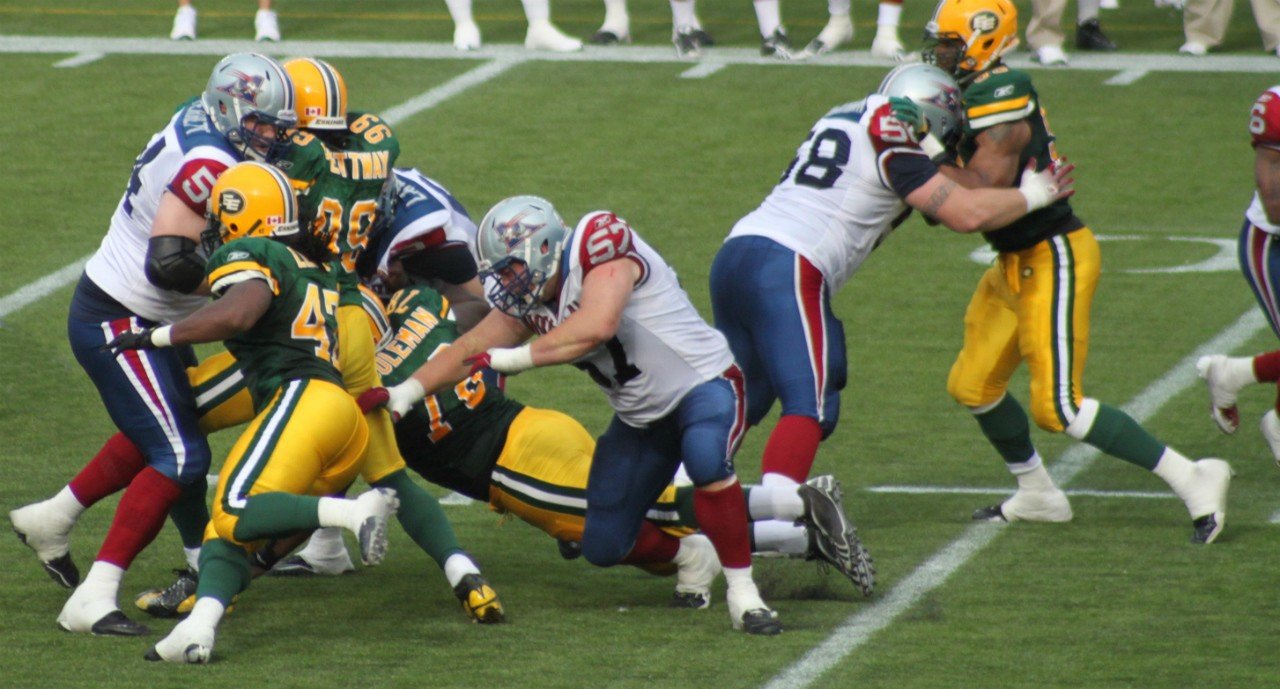 One of the more prominent sideline concussion assessment tools being piloted in professional sports may be useful as a tool to confirm, not make, clinical diagnoses, according to University of Alberta researchers.

A concussion research team, led by Martin Mrazik and Dhiren Naidu, set out to evaluate the effectiveness of the King-Devick test, a screening test that measures visual tracking and complex attention. The study assessed concussions in Canadian Football League players over two seasons.

“The King-Devick was hailed as a great sideline test, so it is being used in professional sport leagues across North America,” said Mrazik, a professor in the Department of Educational Psychology. “However, our study combined with [others] have clearly suggested it’s not a stand-alone test but may provide additional clinical information.”

Originally designed as a learning test for determining mental disabilities, the King-Devick test became part of the sport concussion-diagnosis arsenal after the Mayo Clinic reached a licensing agreement with the test’s licence holders in January 2015 and proclaimed it as the gold standard of concussion testing.

“The data was quite good for the King-Devick in previous studies, but those studies involved different sports and different age groups—mostly youth,” said Naidu, a U of A researcher and the head team physician for the Edmonton Oilers, Edmonton Eskimos and U of A Golden Bears football team. “We wanted to see how it worked in professional sport.”

For the study, researchers performed a baseline version of the test on 306 players in 2015 and 917 for the 2016 season and then on players who had a suspected concussion.

“In medicine, we want to see these numbers a lot higher, especially when it comes to concussions,” said Naidu. “In the end, the King-Devick test presents as a reliable measure, although sensitivity and specificity data from our sample indicate it should be used in conjunction with other measures for diagnosing concussion.”

Naidu said he still feels this test is a good tool to reinforce a clinical diagnosis.

“We know subjectively that a lot of therapists and doctors say when they didn’t feel someone had a concussion and then the player passed the King-Devick, it really gave them that extra bit of confidence that the player was ready to go back.”

Naidu said further studies are needed to see whether the King-Devick and the industry-standard Sport Concussion Assessment Tool (SCAT) version 5 can work in conjunction with each other.

The researchers also sought to find out whether the King-Devick could help determine how long it may take individual athletes to return to play.

“Whether you are a pro athlete or a bantam hockey player, if you have a head injury, the first question people ask is, ‘How long will I be out?’ In other sport medicine injuries, we have really good guidelines of timelines, but with concussions we don’t,” noted Naidu.

The British Journal of Sports Medicine published a similar study earlier this year that showed the King-Devick test performs poorly as a screening tool in elite rugby union players.

Naidu warned there are no shortcuts when it comes to recognizing concussions, and diagnosis should be left in the hands of someone who knows how to do a proper neurologic exam.

“The King-Devick could prove to be very helpful, but it doesn’t replace a proper medical exam because that’s how you miss things like bleeds and more severe brain injuries,” he said.