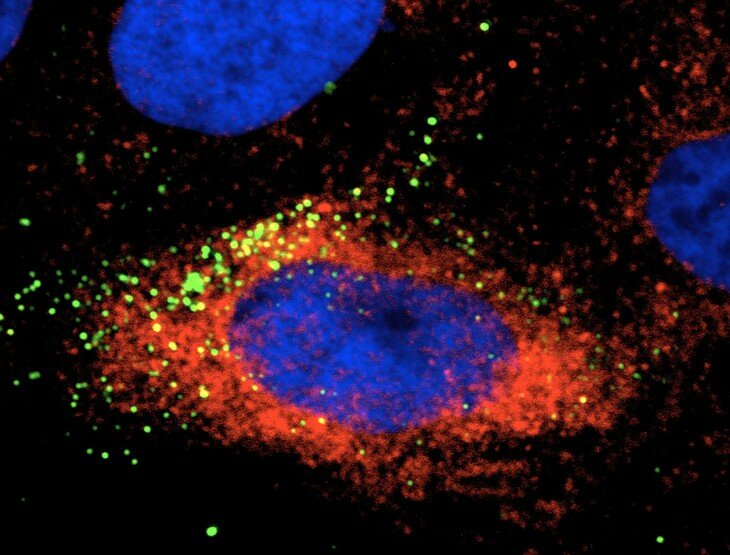 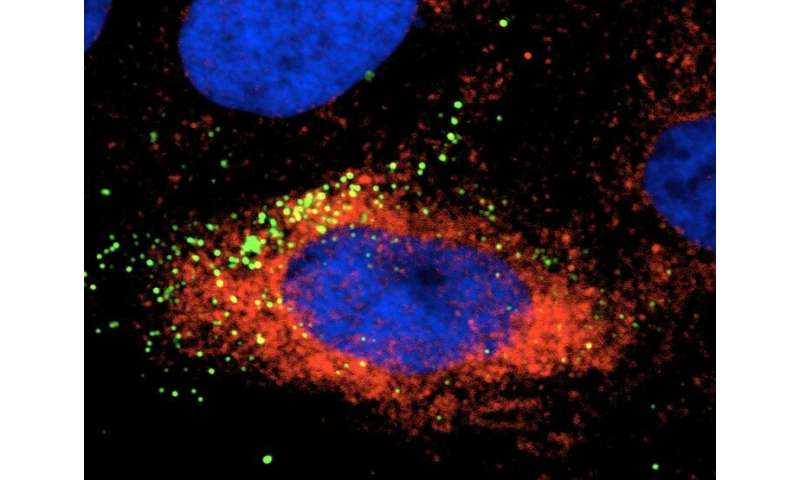 A cellular protein that interacts with invading viruses appears to help enable the infection process of the Zika virus, according to an international team of researchers who suggest this protein could be a key target in developing new therapies to prevent or treat Zika virus infection.

Scientists first isolated Zika, a member of the Flaviviridae family of viruses—which also includes yellow fever, dengue and West Nile viruses—in 1947 and, until recently, it typically caused only mild symptoms in humans. However, health officials first recorded larger outbreaks of the mosquito-borne virus in 2007, culminating in a large epidemic in the Western Hemisphere in 2015-2016. For the first time, Zika infection also was associated with severe symptoms, including microcephaly in infants infected in the womb, and Guillain-Barre syndrome in adults.

These acute symptoms and the rapid spread of the virus prompted the World Health Organization to declare Zika a public health emergency of international concern and stimulated interest among scientists in the factors governing Zika infection, about which little is known.

“In these instances, Hsp70 may act directly as a receptor or indirectly to help attach viruses on the cell surface, where they can interact with specific receptors,” Pujhari said. “Hsp70 also plays a role in controlling viral replication in several virus types, including influenza A and rabies. We hypothesized that Hsp70 might have similar functions in relation to Zika.”

The researchers, who published their findings in Emerging Microbes & Infections, tested this hypothesis by infecting human liver, human nerve and monkey kidney cells with Zika virus. When they used an Hsp70 antibody or a recombinant Hsp70 as a competitor to block the interaction between the protein and the virus, the amount of infectious virus in the cells was reduced, indicating that Hsp70 is involved with Zika virus’s ability to enter cells.