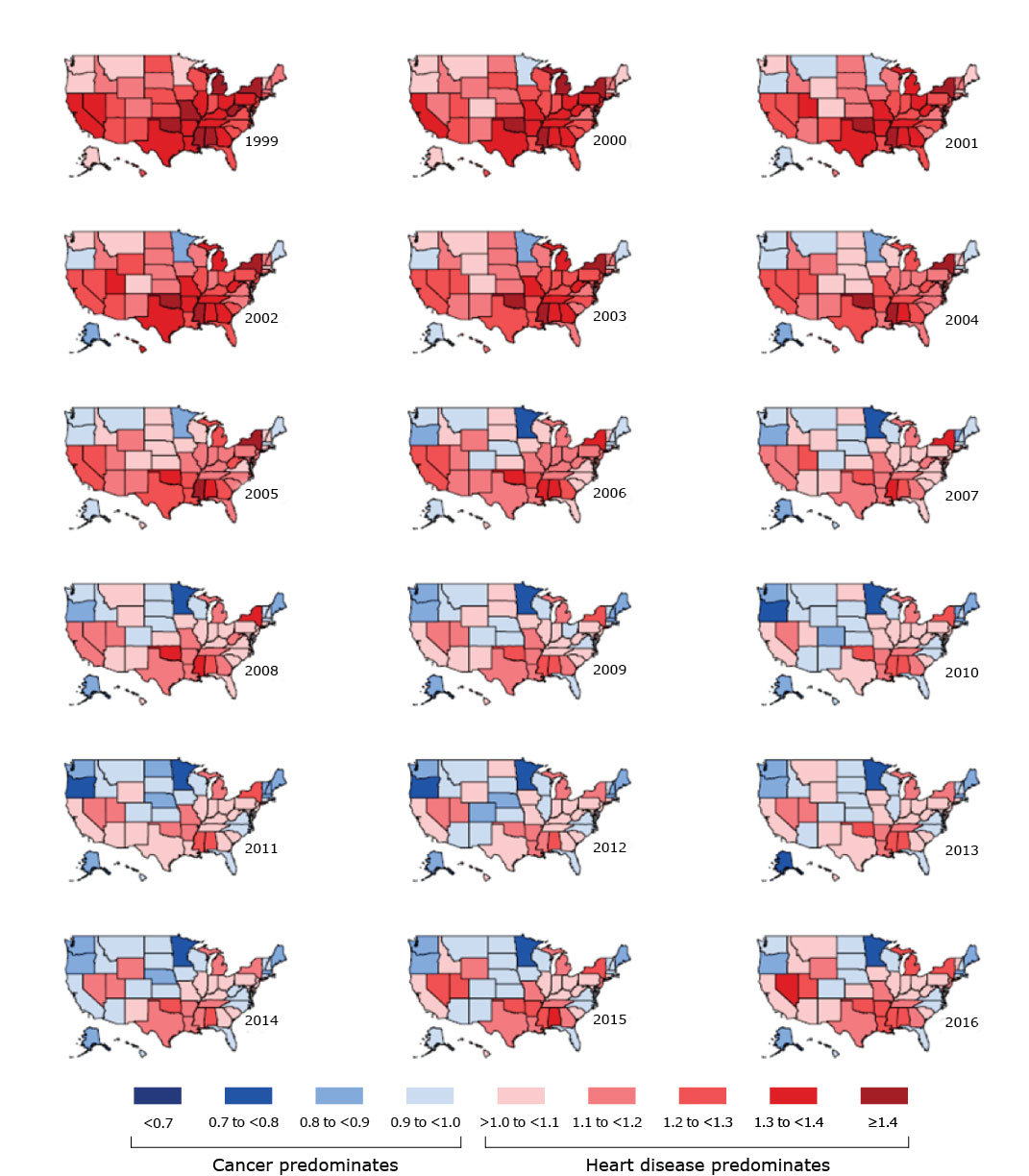 Cancer passing heart disease as leading cause of death

A new study authored by BYU undergraduate public health major Michael Harding and professor Evan Thacker analyzes the trend by breaking down state-specific mortality patterns in the country. After controlling for the effects of age—leveling the field for relatively young states such as Utah and relatively old states such as Florida—the research shows that heart disease mortality has fallen below cancer mortality at some point in 31 states over the last two decades.

The study appears in Preventing Chronic Disease, an academic journal published by the Centers for Disease Control and Prevention (CDC).

“The U.S. is experiencing an important epidemiologic transition,” Thacker said. “Heart disease remains the leading cause of death in the U.S. as a whole, but when we look at individual states, we see that so many have transitioned to cancer.” 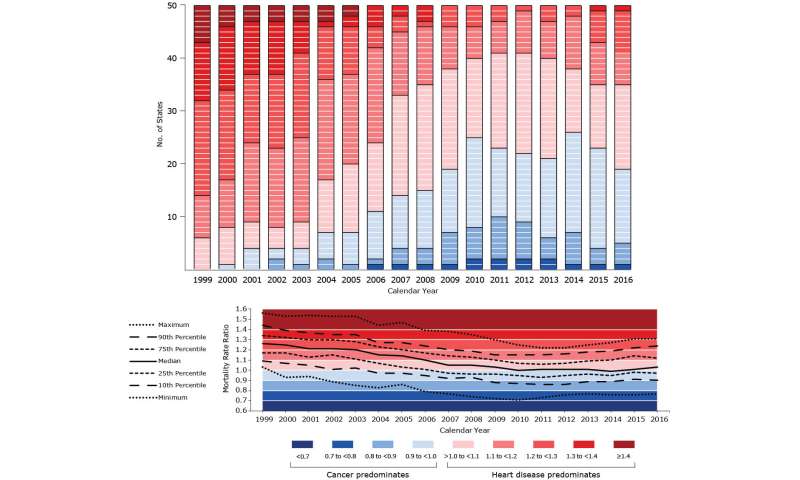 And while heart disease mortality has inched up a bit since then (leading in 31 states in 2016, compared with cancer leading in 19 states), Thacker still believes it is only a matter of time before cancer takes over as the leading cause of death nationwide. The analysis showed that from 1999 to 2016:

The transitions were driven by sharp declines in heart disease mortality rates and affected all ethnicities. “The gradual shift is fascinating to see, but more research is needed to identify all of the reasons behind these shifts,” Thacker said.

The research team, including BYU geography major Tiffany Harding and public health professors Chantel Sloan and Ray Merrill, and Arizona College of Osteopathic Medicine student Brian Thacker, said one possible cause for the patterns is state-level variability in tobacco smoking. Smoking prevalence in the United States peaked in 1964 and began falling thereafter. The effects of quitting smoking are felt within one to two years for heart health, but show up only decades later for reductions in cancer. Therefore, state-by-state differences in smoking cessation over time could partially explain why cancer has become the leading cause of death in some states, while heart disease is still the leading cause in other states .

6 Rosacea Triggers Anyone With Sensitive Skin Should Know About