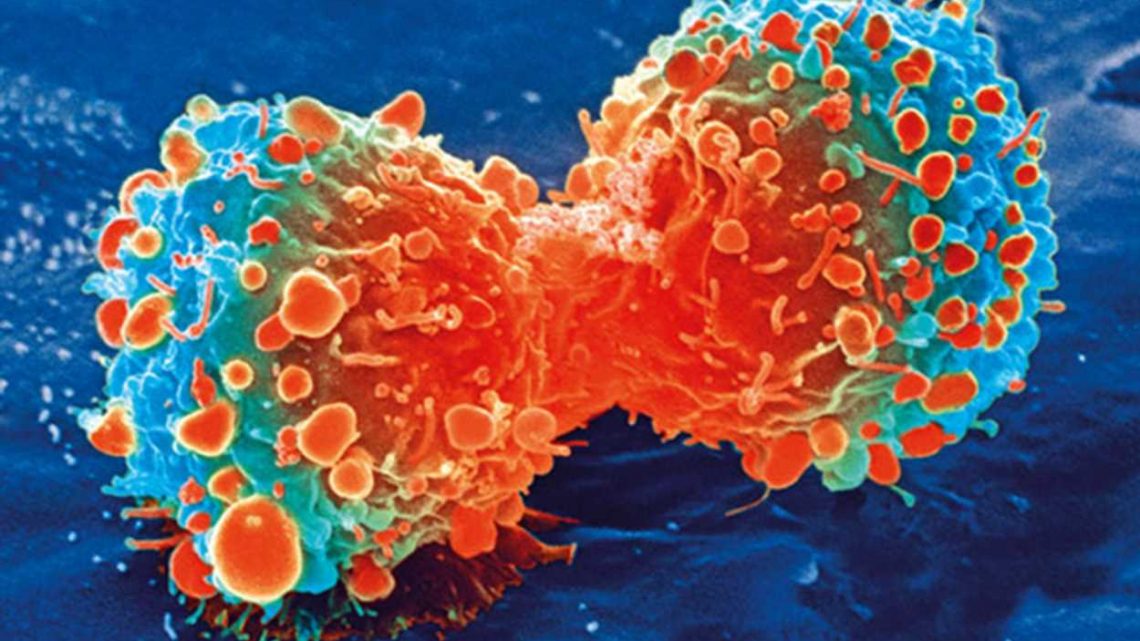 University of Texas at Dallas scientists have demonstrated that the growth rate of the majority of lung cancer cells relates directly to the availability of a crucial oxygen-metabolizing molecule.

In a preclinical study, recently published in Cancer Research, biologist Dr. Li Zhang and her team showed that the expansion of lung tumors in mice slowed when access to heme—the oxygen-binding molecule in hemoglobin—was restricted. The researchers also showed that those same cancers grew faster when more heme was available than normal.

With an eye toward exploiting the cancer’s heme dependency, two of Zhang’s graduate students in the Department of Biological Sciences then engineered and extensively characterized new molecules aimed at starving the cancer cells of the molecule that allows them to proliferate so quickly.

The findings suggest a potential new path forward in treating non-small cell lung cancer (NSCLC), which comprises about six out of every seven cases of lung cancer, the leading cause of cancer-related death in the U.S.

“I’ve been working on heme for my entire career,” said Zhang, who joined the UT Dallas faculty in 2007. “In 2013 I began working on lung cancer. In that time, our results have convincingly shown the relevance of heme to this disease.”

Zhang, the Cecil H. and Ida Green Distinguished Chair in Systems Biology Science and professor of biological sciences in the School of Natural Sciences and Mathematics, edited a textbook about heme biology in 2011. Her previous work established that lung cancer cells consumed oxygen at a faster rate than normal lung cells, indicating heme’s critical role.

“It’s fascinating how tumor cells take advantage of their environment,” Zhang said. “The lungs are so rich in oxygen. But you need heme to use it.”

The team emphasized that its potential treatment approach is designed to work in tandem with chemotherapy or other forms of cancer remedy, not by itself.

“This method wouldn’t kill tumors; it would delay their growth,” Zhang said. “So it would not be a stand-alone treatment, but it could replace less effective forms of therapy that rely on inhibition of angiogenesis—the creation of new blood vessels.”

Zhang’s new results emphasize that tumors create energy using molecules other than glucose—a type of sugar known since the 1920s to feed tumors. Where more heme is being made, more oxygen is consumed to make more adenosine triphosphate (ATP)—the energy-carrying molecule that fuels many activities in living cells. Take the heme away, and cancer cell growth slows down.

“Years ago, it was believed that cancer cells did not use oxygen, only glucose, to make energy,” Zhang said. “Now we know that most cancer cells use oxygen, and this type of lung cancer cell is an example. It oxidizes the glucose to generate energy much more efficiently, manufacturing about 30 ATP molecules per glucose molecule.”

Sagar Sohoni and Poorva Ghosh, co-first authors of the study and doctoral students in Zhang’s lab, collaborated to investigate how a series of engineered molecules deny heme to cancer cells.

Zhang said that these heme-sequestering peptides, or HSPs, are able to “hijack” heme from the spaces between cells, where tumors would be able to access it, while leaving alone the heme in healthy cells.

“Heme sequestering doesn’t adversely affect the normal cells,” Zhang said. “They synthesize the little heme they need on their own. Also, our peptide won’t go into cells so it shouldn’t provoke many side effects.”

Demonstrating the reduced progress of heme-starved cancer cells makes a compelling case on its own. To hammer the point home, Zhang’s team modified NSCLC cells to allow them to obtain heme faster. Those cells behaved as expected—aggressive and invasive, consuming oxygen quickly and cranking out more ATP.

“Cancer cells’ energy demands are very high compared to the normal cells around them,” Zhang said. “When more heme is available, NSCLC cells grow and reproduce at an alarming rate.”

The next step is to continue refining the design of the HSPs to create a version for use in humans, “further optimizing its efficacy while continuing to prove that its toxicity is low,” Zhang said.