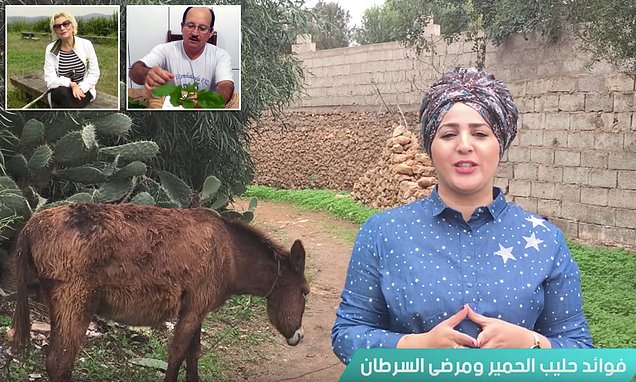 YouTube is promoting bogus cancer cure videos and running adverts for major brands and universities before they play, investigation finds

YouTube is promoting bogus cancer cure videos and running adverts for major brands and universities before they play, an investigation has found.

The site is profiting from more than 80 videos that contain unproven remedies that could put vulnerable patients at greater risk. 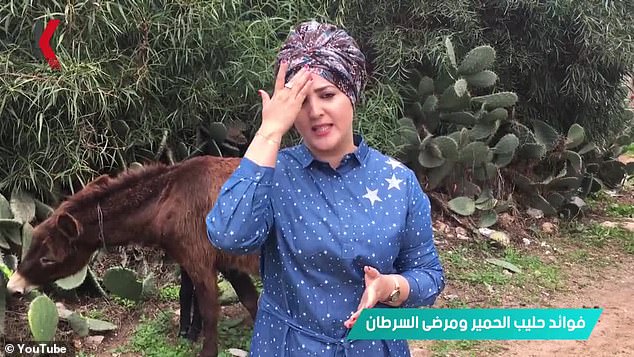 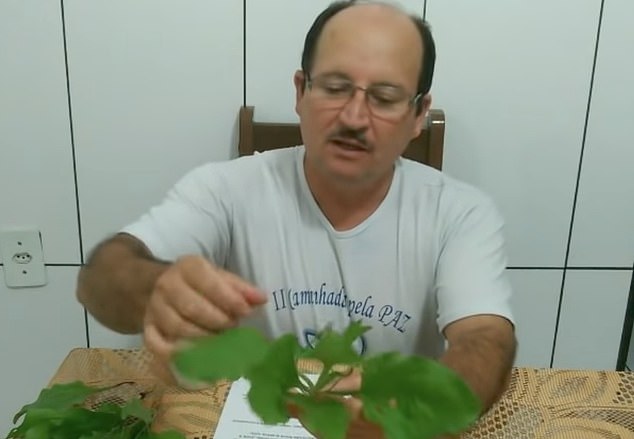 While many of the phony remedies do not directly damage a cancer sufferer’s health, they may encourage patients to ignore conventional, proven treatments.

Ten of the videos were viewed more than a million times, with YouTube earning its money from the advertisers based on the number of views the advert gets.

Promotions for household brands including Samsung, Heinz and Clinique appeared before the fake cancer cure videos, the BBC investigation found.

Others profiting from the clips were travel website Booking.com, writing app Grammarly and several Hollywood studios. 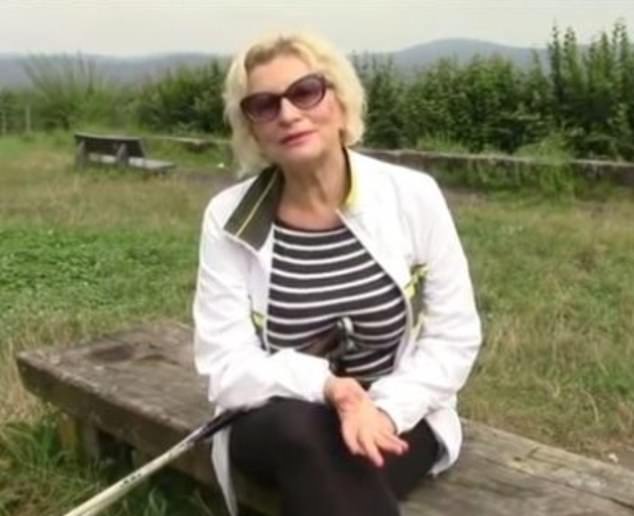 Many of the videos were easily accessible – with a simple ‘cancer treatment’ search leading to videos advocating drinking baking soda.

That’s despite YouTube claiming in January that it would be ‘reducing recommendations of borderline content and content that could misinform users in harmful ways — such as videos promoting a phony miracle cure for a serious illness.’

YouTube’s algorithm works by suggesting similar videos to the one you have just watched. This means one fake cancer cure video often leads to another.

WHICH BRANDS WERE ADVERTISED ON THE VIDEOS?

Others profiting from the clips were travel website Booking.com, writing app Grammarly and several Hollywood studios.

Many of the videos were easily accessible – with a simple ‘cancer treatment’ search leading to videos advocating drinking baking soda.

It has been accused in the past of radicalising viewers by leading them down rabbit holes of conspiracy theories.

The Google-owned site says in its Community Guidelines that it will ban content that if found to be ‘promoting dangerous remedies or cures’ and ‘content which claims that harmful substances or treatments can have health benefits’.

Samsung said it was unaware its adverts were running ahead of the videos and claimed its campaign had ‘no connection or correlation’ with the clips.

Kraft Heinz claimed it had taken steps to block their adverts playing beside the videos.

Grammarly, whose adverts appeared 20 times alongside fake cancer cure videos, said it ‘immediately contacted YouTube’ to pull its adverts from the channels.

The BBC said Clinique owner Estee Lauder and Booking.com did not respond to requests for comment.

The University of East Anglia, which has its own cancer research programme, said it had not specifically paid to run ahead of the bogus videos and that it had contacted Google to remove them.

The University of Gloucestershire said it was actively working with Google to ‘ensure this type of placement doesn’t occur again’.

In a statement to the BBC, YouTube said: ‘Misinformation is a difficult challenge, and we have taken a number of steps to address this including showing more authoritative content on medical issues, showing information panels with credible sources, and removing ads from videos that promote harmful health claims.

‘Our systems are not perfect but we’re constantly making improvements, and we remain committed to progress in this space.’

HOW TO ESCAPE THE NASTY SIDE EFFECTS OF TREATING CANCER

Hold your breath to protect your heart

Radiotherapy uses beams of radiation to damage cancer cells, and is highly effective against breast cancer — but it can raise the risk of heart attack.

The heart lies just behind the left breast and, when directed at a breast tumour, radiotherapy can also damage the heart, over time causing inflammation that may block blood supply and lead to heart disease or heart attack.

A technique called deep inspiration breath hold can protect patients from this side-effect.

Patients simply take a deep breath and hold it for around 20 seconds just before each radiotherapy dose. As the lungs expand, they push the heart back and down out of danger.

A study of 50 patients, published in the journal Practical Radiation Oncology in 2014, found it reduced the radiation dose to the heart by 75 per cent compared with those who breathed normally. It can also help in lung cancer or cancer of the lymphatic system.

A similar approach is also being introduced for tumours in the liver and pancreas, although here patients hold a deep exhaled breath before each radiotherapy dose to ‘immobilise’ the organ.

With the right guidance this technique can be used without needing expensive machines.

Dr Andy Gaya, a consultant oncologist based in London, says: ‘Deep inhalation is used now to protect the heart in breast cancer and lymphoma radiotherapy, and expiration breath hold is increasingly used for liver and pancreas radiotherapy.’

Availability: At some NHS units and privately

Milk supplement can save taste

A metallic taste and altered sense of smell are common during chemotherapy.

Exactly why is not well understood, but these taste and smell abnormalities can last for weeks and lead to loss of appetite, weight loss, depression and poor nutrition, which can slow recovery.

But U.S. research, published in the journal Food & Function last year, suggests a protein found in milk, saliva and tears called lactoferrin — already available as a nutritional supplement on the High Street — could help.

Researchers from Virginia Tech College of Agriculture and Life Sciences in the U.S. asked 19 patients with taste and smell disturbances to take 250mg of lactoferrin three times a day for 30 days.

They found cancer patients’ saliva contained significantly reduced levels of some proteins known to play a role in immunity and taste. However, lactoferrin boosted these levels and, at the same time, reduced the iron content of saliva.

Professor Susan Duncan, who carried out the study, said: ‘By suggesting lactoferrin as a dietary supplement, cancer patients and their family and friends may again find comfort in enjoying a meal together.’

Dr Gaya says: ‘Metallic taste is a huge problem, leading to reduced appetite and weight loss. If proven, this is a welcome, easy and cheap way to overcome a debilitating issue.’

Availability: On the High Street, but seek medical advice first

Peripheral neuropathy or nerve damage causes pain and numbness in hands and feet, affecting three-quarters of patients given paclitaxel, used for ovarian, breast and lung cancers.

It occurs because this chemotherapy drug can destroy nerves as well as cancer cells.

But wearing gloves and socks stored at minus 30c can help, according to researchers from Kyoto University in Japan.

Reducing the temperature in hands and feet lowers blood flow to these areas and as a result the amount of chemotherapy reaching them.

Patients wear the gloves and socks 15 minutes before, throughout treatment and for 15 minutes afterwards (90 minutes in total).

‘Frozen gloves and socks are under-utilised in the UK to reduce the risk of chemotherapy induced peripheral neuropathy,’ says Kefah Mokbel, a breast cancer surgeon at The Princess Grace Hospital, and St George’s Hospital, in London. ‘They should be considered to improve patients’ quality of life.’

Half treatment with same result

Herceptin targets a protein called human epidermal growth factor receptor 2 (HER2) on the surface of cancer cells, stopping them growing and dividing.

However, it can affect the heart’s pumping ability (because there are HER2 receptors in heart muscle, too), causing breathlessness and palpitations.

In the new study, involving more than 4,000 women with early-stage HER2 positive breast cancer, six months of treatment was as effective as the standard 12-month course, The Lancet reported earlier this month.

It was also associated with significantly fewer side-effects.

But if you take Herceptin, don’t change anything without your doctor’s advice. ‘Other studies have not shown the same result, so standard duration of Herceptin should remain 12 months,’ says Professor Mokbel.

Availability: Herceptin is widely available, but more research is needed into this new approach

A spray of rose geranium oil may ease nasal vestibulitis, which causes the lining of the nostrils to become excessively tender, bleed and form scabs.

It can be caused by a class of cancer drugs called taxanes, which stifle tumour growth by stunting formation of new blood vessels.

Those who responded to a survey afterwards said it had eased symptoms and, in two cases, cleared completely. Results of a further trial are expected next year.

Availability: On the High Street, but ask your doctor first

Eighty per cent of children who develop liver cancer can be cured, however two-thirds will be left with hearing loss from the treatment that saves them.

It’s because cisplatin, the drug used to treat it, also permanently kills sensory cells in the ear.

Research led by Great Ormond Street Hospital and funded by Cancer Research UK has shown that adding sodium thiosulphate, better known as an antidote for cyanide, to treatment with cisplatin can reduce the chance of hearing loss by 50 per cent, reported the New England Journal of Medicine last year.

Dr Penelope Brock, a paediatric consultant who led the research, says: ‘With sodium thiosulphate, we have a real chance to reduce the incidence of hearing loss, preventing children needing a hearing aid for the rest of their lives.’

Dr Gaya says: ‘Hearing loss is a major problem with some chemotherapy drugs, leading to doctors having to reduce the dose and stop chemo early, so further results are eagerly awaited.’

Availability: Next year on the NHS and privately. Some patients can get it via their doctor for free on ‘compassionate grounds’

Researchers at the University of California, San Francisco, have designed a ‘sponge’ to catch chemotherapy drugs as they leak out of the treated organ, before they reach healthy tissue.

It has an absorbent mesh-like centre to soak excess toxic drugs, but lets blood flow unhindered. Made using a 3D printer, surgeons place it in the vein leading from the organ being treated, leave it in during chemotherapy (normally an hour or two) and remove it afterwards.

Results published in the journal ACS Central Science showed it intercepted 64 per cent of the drug. So far it has only been tested on pigs for liver cancer, but trials are due on kidney and brain cancer.

Steve Rannard, a professor of chemistry at the University of Liverpool, says: ‘This is an exciting new approach. We now need to build a greater body of evidence to ensure it is safe.’

Availability: Trials on patients will begin in the next few years

The man who made the bacteria stained

Can scientists predict which cancer markers are likely to trigger an immune response?
Health News