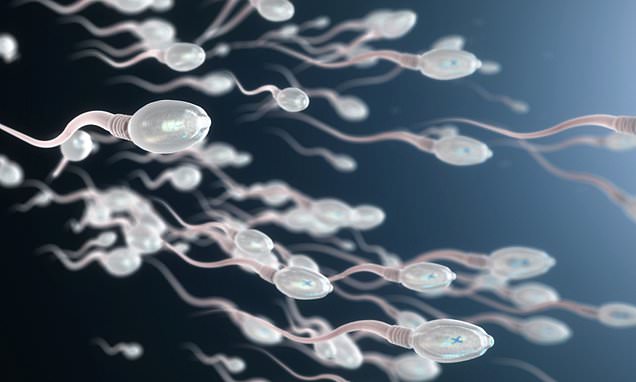 The female reproductive tract is cleverly shaped to weed out weak sperm.

That’s the claim made by scientists at New York’s Cornell University, who say a series of ‘pinch points’ – such as a narrowing between the uterus and fallopian tubes – is the biological equivalent of an assault course.

As a result, only the strongest sperm cells can push their way through the bottleneck to reach the egg, creating a quality control process for fertilisation.

The finding could help improve fertility screenings and improve a couple’s chances of conceiving. 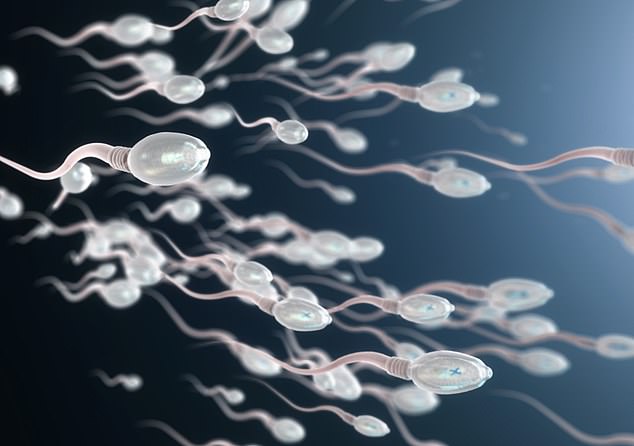 ‘If you look at the anatomy of the reproductive system in mammals, you can see that the dimensions of the canal that leads to the egg is not constant,’ said Dr Alireza Abbaspourrad, a chemist and lead author on the study.

‘The overall effect of these strictures is to prevent slow sperm from making it through and to select for sperm with highest motility.

‘At some points it is extremely narrow so that only a few sperm can pass while others fail.’

Dr Abbaspourrad and his team used human and bull sperm for comparison, then analysed its movement in a ‘microfluidic’ device which mimicked the bottlenecks in a woman’s body.

They found that sperm congregates at this choke point, with only the fastest sperm passing through.

They also noted that, at this point, the athletic sperm only compete with others of similar quality – not slower or weaker ones. 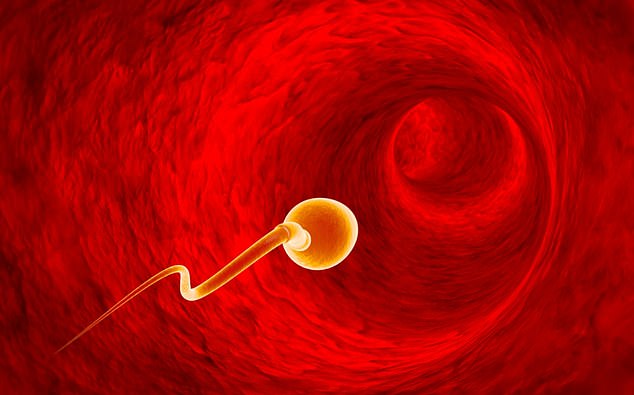 Fact: Sperm tends to congregate at choke points, with only the fastest passing through

One experiment saw a single sperm travel at 84.2mm (3.3ins) per second through such strictures, while millions of others from the same ejaculate were swept back.

This adds further weight to the suggestion that the female body undertakes a selection process, rather than conception being random.

‘The results show that only the fastest, and therefore assumed best, sperm can pass through these narrowings against a fluid flow,’ Allan Pacey, professor of andrology at the University of Sheffield, told The Guardian.

‘It makes perfect biological sense and would help to explain how the female reproductive tract is able to make sure the best sperm reach the egg.’

Long-lived sperm pass qualities of greater survival and fitness across future generations, a study has found.

In a laboratory experiment, scientists separated out longer and shorter-lived sperm from the same zebra fish semen sample. They then used the sperm to fertilise two half-clutches of eggs laid by a single female.

Lead scientist Dr Simone Immler, from the University of East Anglia’s School of Biological Sciences, said: ‘We found that when we select for the longer-lived sperm within the ejaculate of male zebra fish, the resulting offspring is much fitter than their full siblings sired by the shorter-lived sperm of the same male.

‘More specifically, offspring sired by longer-lived sperm produce more and healthier offspring throughout their life that age at a slower rate.

‘This is a surprising result, which suggests that it is important to understand how sperm selection may contribute to the fitness of the next generations.’

The findings, reported in the journal Evolution Letters, have important implications for human reproduction and fertility, and IVF treatment, say the researchers.

A single ejaculate of semen may contain millions of sperm, but only very few end up fertilising an egg, Dr Immler pointed out.

She said: ‘The sperm within an ejaculate vary not only in their shape and performance, but also in the genetic material that each of them carries. “Until now, there was a general assumption that it doesn’t really matter which sperm fertilises an egg as long as it can fertilise it.

‘But we have shown that there are massive differences between sperm and how they affect the offspring.” The scientists are now searching for the genes that underlie their findings.

‘This research has important implications for evolutionary biology and potentially beyond into areas that use assisted fertilisation technologies, for example in livestock rearing or IVF in humans,’ Dr Immler added.