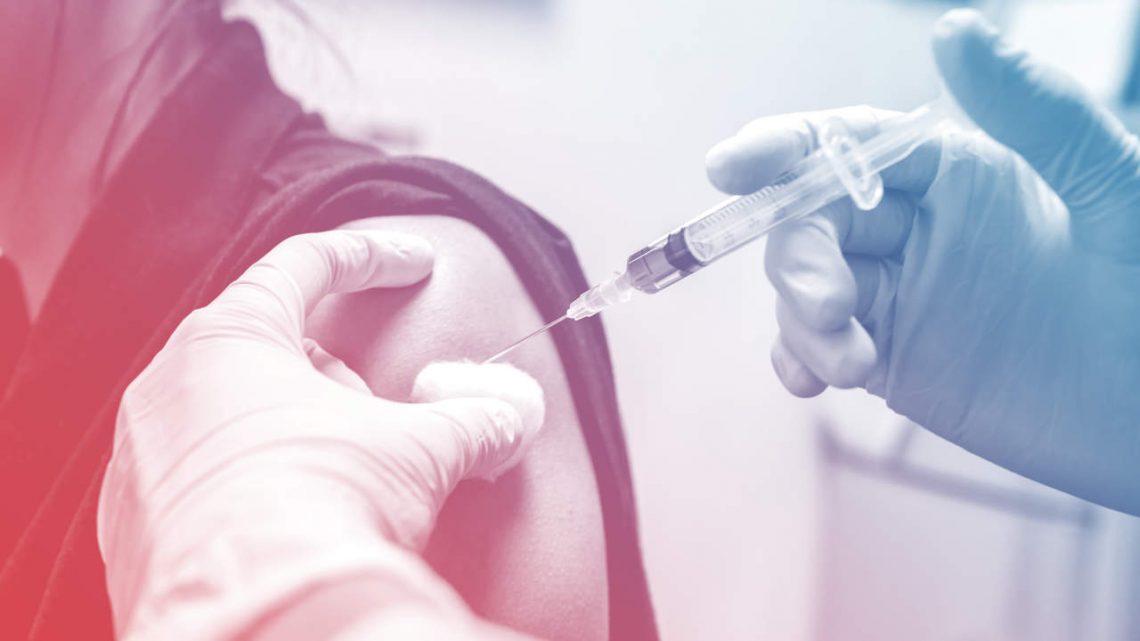 It's true: Part of why I get the flu shot each year is based on totally selfish reasons—I'm not trying to miss two weeks of work coughing, sneezing, and consuming bland liquids; and I don't necessarily want to spend the holidays bedridden.

But let's be real: I'm 24 and, aside from the occasional migraine that can leave me bed-ridden, I'm healthy. If I did manage to catch the flu, I'd likely just be miserable for a few days without any real complications. But the same can’t be said for my best friend, Ann*.

Ann and I have been friends for six years, and we hang out—a lot. We have Riverdale viewing parties and we're already planning who's bringing what to our upcoming Friendsgiving celebration. And because we're together pretty much every weekend, she's the real reason why I get my flu shot every single year.

See, Ann has a condition called ankylosing spondylitis, which is an inflammatory form of arthritis. It causes her to experience chronic, debilitating pain. She takes a drug called Humira to treat her condition—it's an immunosuppressant, which basically means that it lowers the ability of her immune system to fight off infections, according to the drug's website.

Because of her lowered immune system function, Ann explains to me (via text right now, but also as she's done many times before), that her chances of getting the flu are greater than mine. "If I’m surrounded by people who have the virus obv I’m more likely to get it," she says, even if she gets the flu shot herself. “Also, when I do get the flu or another preventable virus it can take me a significantly longer time to fight it off.” That means while I might be stuck in bed with a fever, aches, and sniffles for a few days, Ann's more likely to develop some major flu complications like pneumonia, brain inflammation, and even kidney failure, per the CDC.

Even more: Ann's risk of complications is greater even when she takes the flu shot (which she does). So yeah, because I want to see Ann all year round (not just during the summer months when people are typically healthier), I suck it up and get that 15-second flu jab.

But it's not just me and Ann's other friends who keep her safe: “I asked my coworkers to get the vaccine since we spend tons of time in conference rooms together,” she says. Immunocompromised individuals have to worry about making sure their family members, friends, and coworkers all get the flu shot so that they don’t end up in the hospital. Quick FYI: This—when the people around an immunocompromised person make sure to get their flu shots—is known as herd immunity, which gives them indirect protection against viruses.

And honestly, there's a good chance you, too, have an Ann in your life: Maybe you have a grandparent who lives in an assisted-living facility (being the person who infects an entire community of elderly people isn't a good look), or maybe a close friend of family member just had a baby (kids can't get flu shots until they're 6 months old, per the CDC).

The bottom line here? Getting vaccinated is about much more than your own health (though that's also a fine reason to hit up a drug store for the flu shot this week). It’s about protecting everyone around you—your friends, your coworkers, or even that stranger you just brushed arms with on the street.

*Names have been changed to protect the privacy of the writer's friend.

Reading the past like an open book: Researchers use text to measure 200 years of happiness