Home » Health News » What Are CT Scans and How Do They Work? 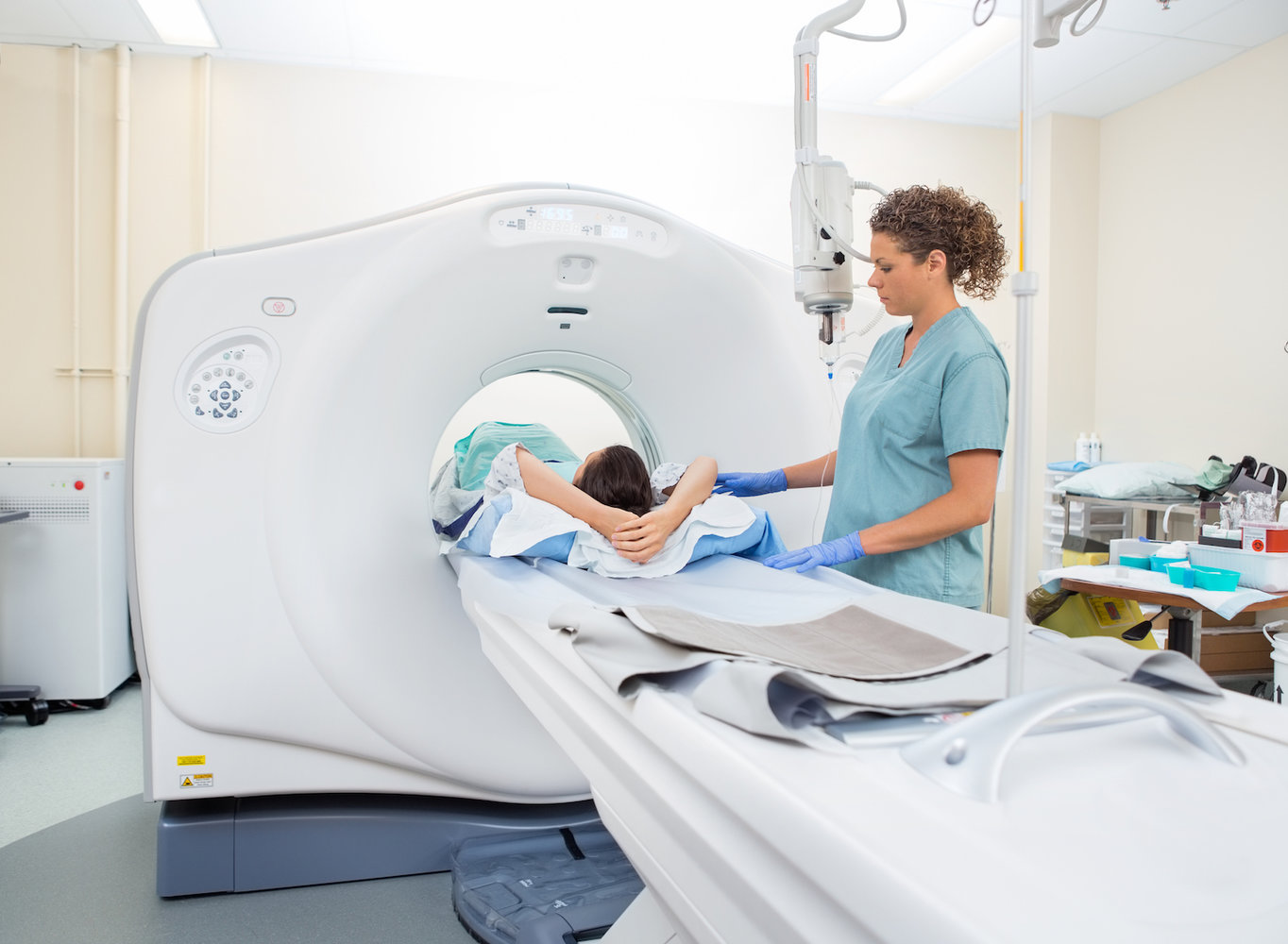 What Are CT Scans and How Do They Work?

Whether you're visiting the emergency room after a rough spill from your mountain bike or visiting your health clinic for a routine cancer screening, it's likely that the doctor will request internal images to accurately assess your health.

One of the most common ways to capture internal body images is with a computed tomography (CT) scan.

CT scans, also called CAT scans, use a rotating X-ray machine to create cross-sectional, or 3D, images of any body part, according to the National Institute of Biomedical Imaging and Bioengineering (NIBIB). They provide a painless, noninvasive and fast way for doctors to examine bones, organs and other internal tissues.

During a CT scan, the patient lies on a table that moves through a doughnut-like ring known as a gantry, according to the NIBIB. The gantry has an X-ray tube that rotates around the patient while shooting narrow beams of X-rays through the body. The X-rays are picked up by digital detectors directly opposite the source.

After the X-ray source completes a full rotation, a sophisticated computer creates a 2D image of that slice of the body, which typically ranges from 0.04 to 0.4 inches (1 to 10 millimeters) thick. The computer then combines several 2D slices to create a 3D image of the body, making it easier for a doctor to pinpoint where the patient's problem exists. The scan itself typically takes less than 15 minutes depending on the area of the body being imaged.

To make it easier to identify abnormalities, the patient may be given a contrast material. Solutions containing contrast materials, such as iodine or barium, are introduced into the body orally, rectally or injected directly into the bloodstream, depending on the target tissue. The materials in the solution work by temporarily altering how X-rays interact with certain body tissues, which makes those tissues appear different in the resulting image, according to the Radiological Society of North America. The contrast helps doctors distinguish between normal and abnormal tissue.

Why get a CT Scan

In emergency situations, CT scans are life-saving tools that allow doctors to quickly determine the extent of internal injuries or internal bleeding, according to the Radiological Society of North America.

CT scans are also vital in cancer diagnosis, treatment and research, according to the National Cancer Institute.

While CT scans can be vital tools for assessing health, there are risks associated with the scan.

Depending on the area of the body being scanned, there may be risk of radiation exposure, according to the American College of Radiology Imaging Network (ACRIN). X-rays are a source of ionizing radiation, which can damage sensitive tissues such as lymphoid organs and blood. CT scans around the abdomen are not advised for pregnant women because of a chance the fetus would be exposed to harmful radiation.

More time in the CT scanner may lead to higher-quality images but also a higher radiation dose, which is often unnecessary, said Dr. Phuong-Anh Duong, director of computed tomography and associate professor at Emory University Department of Radiology and Imaging Sciences in Georgia. (A CT scan of just the chest area exposes the patient to about 70 times the amount of radiation as a traditional chest X-ray, according to Harvard Health Publishing.)

Duong said it's important to balance CT scan image quality with the amount of radiation exposure — a practice doctors call ALARA, or as low as reasonably achievable.

There are a few ways to reduce radiation exposure, Duong said. For example, image only when necessary and only the body part needed, and use lower-energy radiation and newer technology, such as more sensitive X-ray detectors.

Earlier this year, researchers at the University of Central Florida incorporated AI into a CT scan system that was able to detect trace amounts of lung cancer.

In another advance this year, a group of researchers from the Icahn School of Medicine at Mount Sinai in New York City created an AI system that examines CT scan images of the brain. The system can detect problems, such as a stroke, in as little as 1.2 seconds. The team published its results in the journal Nature Medicine.

Another big leap forward in CT scan technology are photon-counting CT scanners. These scanners incorporate a detector that counts and tracks individual photons from the X-ray source and detects individual photon interactions. The result is a clearer image with improved resolution and contrast, as opposed to traditional CT scan images that use energy-integrating detectors to detect large numbers of photons at a time and simply measure intensity. The photon-counting CT scanners can lead to decreased X-ray doses, better tissue differentiation, sharper image quality and a reduced need for contrast material, Duong said.

CT scan machines are also becoming more specialized. CT machines specifically designed for scanning breast tissue provide information comparable to traditional mammograms, but without the need for breast compression, and with considerably less radiation exposure through the chest, according to the NIBIB.

Will CT scans ever evolve to the point of resembling a handheld diagnostic device like the "tricorders" from "Star Trek"? Not quite, although portable and mobile CT scanners do exist, Duong said, such as the mobile, van-mounted CT scanner used by Grady Health System at the Emory University School of Medicine. But the smaller machines aren't as efficient as traditional CT scanners, and it's difficult to protect bystanders from radiation exposure.