Home » Health News » ‘We don’t really talk about it’: Call to screen dads for depression and anxiety 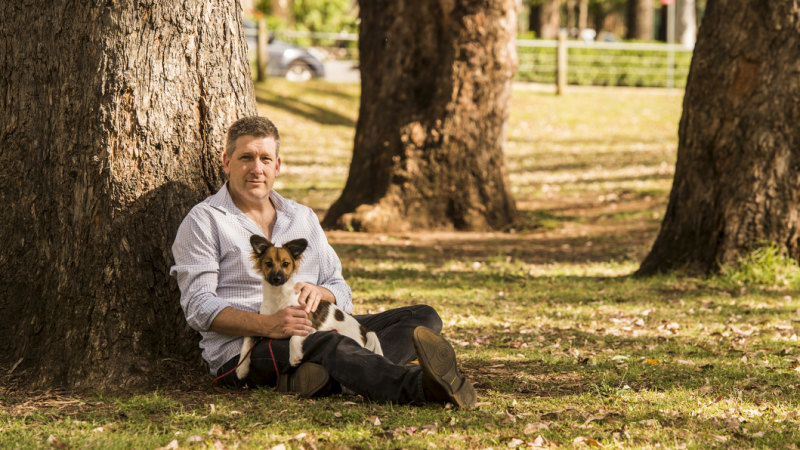 ‘We don’t really talk about it’: Call to screen dads for depression and anxiety

More than half of expecting fathers who complete a mental health checklist feel they will be a terrible parent and two-thirds feel more withdrawn from their partner.

The figures are from 25,000 people who used Perinatal Anxiety and Depression Australia's online tool for expecting and new parents who are worried about their mental health.

PANDA's research suggests three out of five Australians don't know that perinatal anxiety and depression can affect men. This does not surprise Mike Woodcock, from West Pennant Hills, father to Ethan, 12 and Zoe, 10.

"It's the Australian way, we don't really talk about things like this that are on our minds," he said. "I don't know any bloke who would say 'oh yeah, actually I'm struggling with this too'." 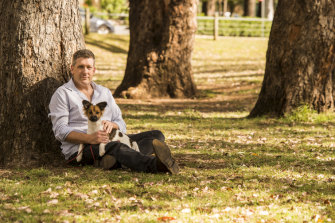 Mike Woodcock, from West Pennant Hills, said he felt tense and worried in the lead up to the birth of his first child.Credit:Steven Siewert

Two out of three new fathers and four out of five new mothers using PANDA's online tool find it hard to leave the house and be with other people after their child is born. They also find it hard to concentrate, remember and make decisions.

Separately, three out of four callers to the PANDA helpline find it difficult to adjust to becoming a parent, with just one in three opening up to their partner about their emotional wellbeing.

PANDA chief executive Julie Borninkhof acknowledged these were people "already struggling with their experience" but said broader research showed the problem was widespread.

Previous studies show one in five women and one in 10 men suffer anxiety or depression during the perinatal period, which covers pregnancy and the first 12 months after the baby’s birth. That is roughly 100,000 families across the country every year.

A recent Productivity Commission report recommended making mental health screening for expecting and new parents universal, including extending it to fathers and partners.

Mental health screening of pregnant women and new mothers has been part of perinatal care for many years but implementation and data collection is "patchy", the report said.

The report emphasises the inter-generational importance of effective mental health care because the "mental health of parents has a strong influence of the social and emotional wellbeing of infants and young children".

Ms Boninkhof said it was important to embed mental health screening within other health care. "The majority of people when they go to a GP don't go there to talk about mental vulnerability, they're going to talk about other things."

Ms Borninkhof said workplaces had a unique opportunity to support the mental health of new parents during pregnancy and during and after parental leave. The businesses would benefit from less absenteeism and presenteeism (working while sick).

Mr Woodcock found it hard to stop worrying when his wife, Lee, was pregnant with Ethan. The couple had previously suffered three miscarriages and Lee was ordered to bed rest for the final trimester.

"I was always a little bit tense and the closer we got to the day, the more exciting it got, but also the more tense I got," he said.

During the delivery, Mr Woodcock found himself in the corridor wearing his hospital cap and gown, wondering if he was ready to be a father and knowing that he had to be. But on that first night, baby Ethan stopped breathing.

"It was the hardest night of my life and I was telling myself I had to prepare for the fact that he might not make it," he said.

Ethan was fine and while Zoe arrived with less medical drama, it didn’t stop the anxiety. Instead Mr Woodcock found himself worrying about money and whether they’d be able to bond with a second child.

"I think the brain looks for things to worry about," he said. "I try not to let the fear and worry lock me up but use it to push me forward and do the best for them I possibly can."