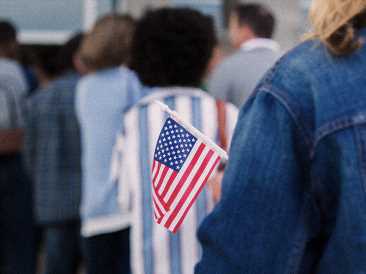 In this perspective article, Dr. Luz M. Garcini, Cristina Abraham, and Pamela L. Cruz consider what the upcoming presidential election might mean for the access to mental healthcare of people living with undocumented status in the United States. 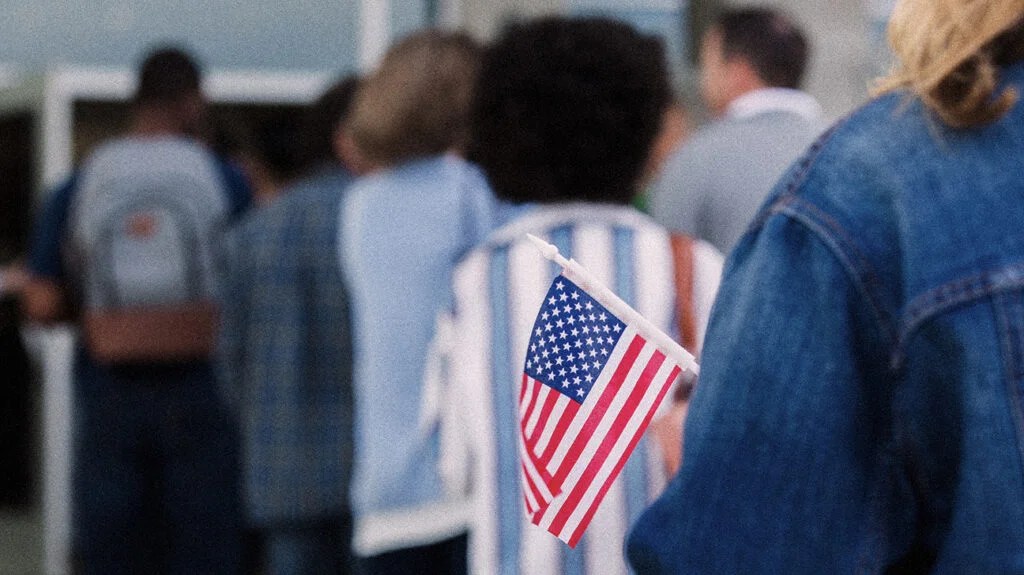 The views presented in this article are the authors’ and may not reflect the views of the institutions they are affiliated with.

Healthcare is set to be among the top issues in voters’ minds as they head to the polls in November, but past efforts in healthcare reform have excluded the undocumented population.

Access to healthcare, including mental health services and resources, has been a long standing challenge for undocumented immigrants in the U.S.

Obstacles include the inability to afford healthcare due to cost or a lack of insurance, limited access to health services that are culturally and contextually sensitive to the needs of undocumented immigrants, and a fear of being stigmatized, discriminated against, deported, or all three.

These barriers to access are exacerbated by the current anti-immigrant rhetoric and policies that, to the detriment of undocumented immigrants, add to the stress, depression, anxiety, and trauma-related distress faced by this population.

Recently, the COVID-19 pandemic has magnified these barriers by placing a disproportionate burden on immigrant communities, further highlighting the need for inclusive policies that adequately address the physical and mental health needs of this vulnerable population.

If you would like to check your registration status or register to vote, we have added some useful links at the bottom of this article.

Particularly significant barriers restricting access to health services for undocumented immigrants are fear and a lack of trust.

Whether as a result of failed promises or actions or punitive anti-immigrant actions, undocumented communities have often been let down by government leaders across the political spectrum.

On the one hand, there were record high removals and a large-scale expansion of family detention. On the other hand, the administration took executive action to provide temporary relief from deportation to eligible young undocumented immigrants through the creation of the Deferred Action for Childhood Arrivals (DACA) program.

However, excluding DACA recipients from enrolling in the Affordable Care Act (ACA) of 2010 caused confusion and distrust among immigrant communities.

As the law currently stands, undocumented immigrants — including DACA recipients — are not eligible to purchase coverage through the Marketplace, even at full cost.

In emergency situations, Medicaid provides payment for health services if the individual, regardless of their immigration status, meets Medicaid eligibility criteria within their state.

More recently, actions undertaken by U.S. president Donald Trump’s administration have further increased fear and mistrust among undocumented communities and mixed-status families (in which some members are undocumented).

Anti-immigrant rhetoric has had devastating consequences for immigrants. Calls to build a border wall and allusions to criminal activity can cause the American public to mistrust immigrants.

Restrictive immigration policies, such as the “zero tolerance” policy that continues to separate thousands of migrant families, have also been pushed.

Other policies include imposing the “public charge” rule, seeking to terminate DACA and rejecting new DACA applications despite the Supreme Court’s ruling in 2020.

Additionally, there have been continued crackdowns on undocumented individuals through raids, detentions, and deportations. These actions have undoubtedly had chilling effects on the psychological well-being of undocumented immigrants and their families.

Undocumented individuals and their families are faced with constant concern about their personal information and its potential misuse by Immigration and Customs Enforcement in ways that could lead to deportations, family separation, or job insecurity.

These barriers are often at the forefront of limiting access to healthcare. The fear among undocumented communities has been made worse by the COVID-19 pandemic.

Undocumented immigrants, many of whom are working in industries classified as essential, face the difficult position of having to work while having little to no financial or health protections.

As the 2020 election looms closer, feelings of uncertainty, mistrust, and doubt continue to prevail among undocumented communities.

The Democratic and Republican policy platforms differ considerably when it comes to undocumented immigration and providing accessible healthcare for this vulnerable population.

The outcome of this election — including the presidential election, the election in the Senate (where 35 Senate seats are to be decided), and the election of representatives for all 435 congressional districts — will determine how immigration and healthcare reform will be addressed in the future.

The Republican platform advocates for strict enforcement, stiffer penalties, supporting the rights of states to enact laws deterring undocumented immigrants from residing within those states, and opposing any form of amnesty “for those who, by breaking the law, have disadvantaged those who have obeyed it.”

Opposing Medicare for All and universal coverage plans, President Trump’s stance on the topic was also apparent during the 2020 State of the Union address, when he claimed that taxpayer-funded healthcare for “illegal aliens” would bankrupt the nation.

Should President Trump continue to a second term, control of Congress would be key in garnering bipartisan support for much needed reform. In theory, a president who is no longer faced with the pressure of another election may be more amenable to working across party lines.

In the House of Representatives, Democrats are likely to retain the majority. And Republicans currently hold a slim 53–47 majority in the Senate.

In order to assume control there, Democrats would need to gain three seats if the presidency goes to candidate Joe Biden and at least four seats if President Trump is reelected.

Should Biden win the election, his proposed immigration plan would focus on repealing Trump Administration changes to the U.S. immigration system, such as ending asylum policies including the Migrant Protection Protocols. This is a policy that allows the Department of Homeland Security to return non-Mexican migrants who arrive at the southern border to Mexico to wait while U.S. immigration courts process their cases.

This candidate’s plan further focuses on reversing President Trump’s public charge rule, protection for Dreamers and their families, and review of the Temporary Protected Status for vulnerable populations.

The 2020 Democratic Party platform supports a “humane, 21st-century immigration system that benefits all Americans.” It also recognizes mental health as an area of healthcare that needs to be more accessible.

The Democrats’ official stance is to extend the ACA to Dreamers and to lift the 5-year waiting period to qualify for Medicaid. They also support doubling investment into community health centers and increasing funding for mental healthcare.

Their platform states that every American should have access to mental health resources should they need them.

Nonetheless, despite promising claims on paper, an important consideration when talking about the Democratic platform is its history of unkept promises and counterintuitive decision making regarding healthcare and immigration reform.

Democrats have embraced bold ideas, but they must follow through with action.

Migrants and voting in the 2020 election

The U.S. electorate includes more than 23 million U.S. immigrants who will be eligible to vote in the 2020 presidential election. This is a record high.

Voters have a powerful opportunity to advocate for policy changes for a new public health approach that is inclusive of issues affecting immigrant communities.

State-by-state voter registration deadlines for the 2020 elections are coming up in October, and there are many issues at stake, including healthcare — and particularly mental healthcare — as it is likely to continue its problematic trajectory.

The U.S. population will experience significant sociodemographic changes in the next few decades that may shift American political attitudes.

For example, by 2034 — for the first time in U.S. history — older adults are projected to outnumber children under the age of 18 years. This is important to note because there will also be an aging undocumented population.

The U.S. population is also set to become more racially and ethnically diverse. We need immediate and long-term policy solutions that protect vulnerable and marginalized populations.

Going forward, an essential component of improving access to mental health services and resources will be to rebuild trust among immigrant communities and increase their sense of safety.

It is important to remember that most undocumented immigrants, having experienced deceit and abuse from governments in their home countries, immigrated to the U.S. in search of a new life that affords them a sense of hope, trust, and safety.

However, restrictive policies, harsh rhetoric, and harmful actions of governments in both their home countries and in the U.S. have hindered the development of inclusive policies that effectively serve the mental health needs of vulnerable populations.

It is essential to have a bipartisan approach that prioritizes immigrant communities through effective and humane immigration policies.

The success of our future government must transcend the divide between red and blue or left and right, as well as the ideological conflict between liberalism and conservatism, to facilitate access to mental healthcare for this essential yet marginalized population.

The alternative is to continue the mistreatment of our immigrant communities, which can be likened to a wound that will not heal, with serious economic, health, social, and moral consequences.

To check your voter registration status, click here to visit the website of VoteAmerica, a nonprofit, nonpartisan organization dedicated to increasing voter turnout. They can also help you register to vote, vote by mail, request an absentee ballot, or find your polling place. 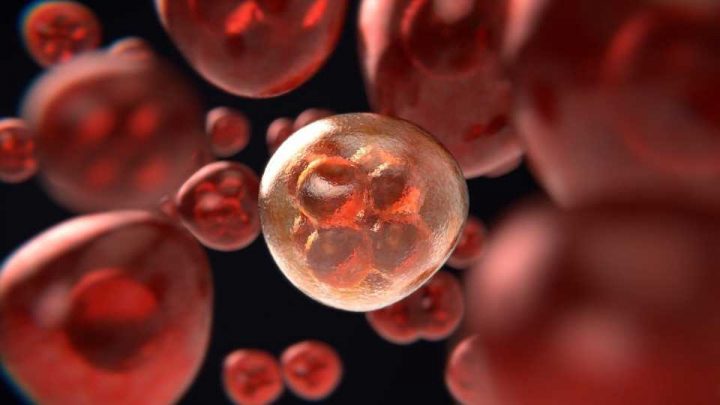 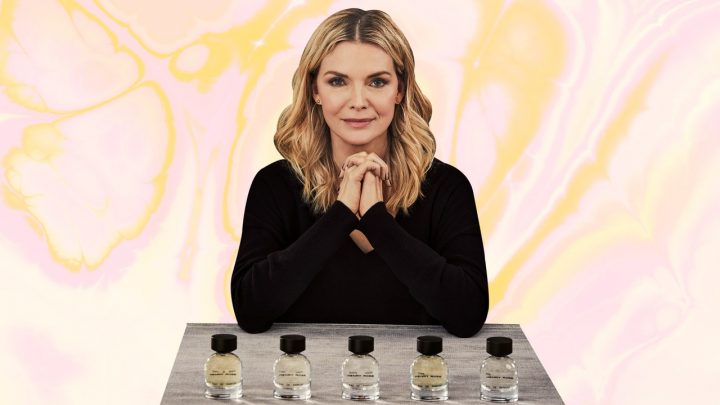 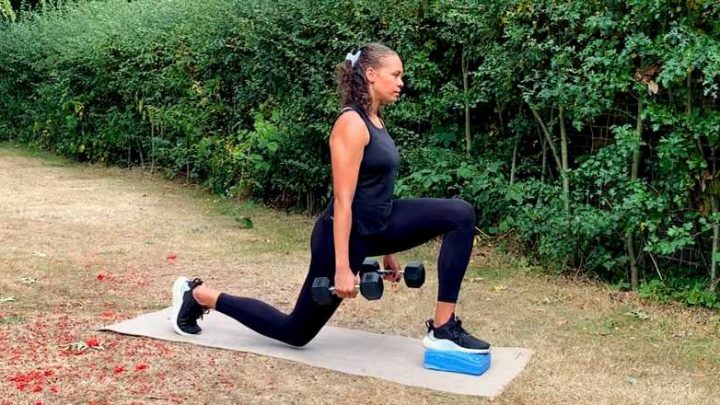