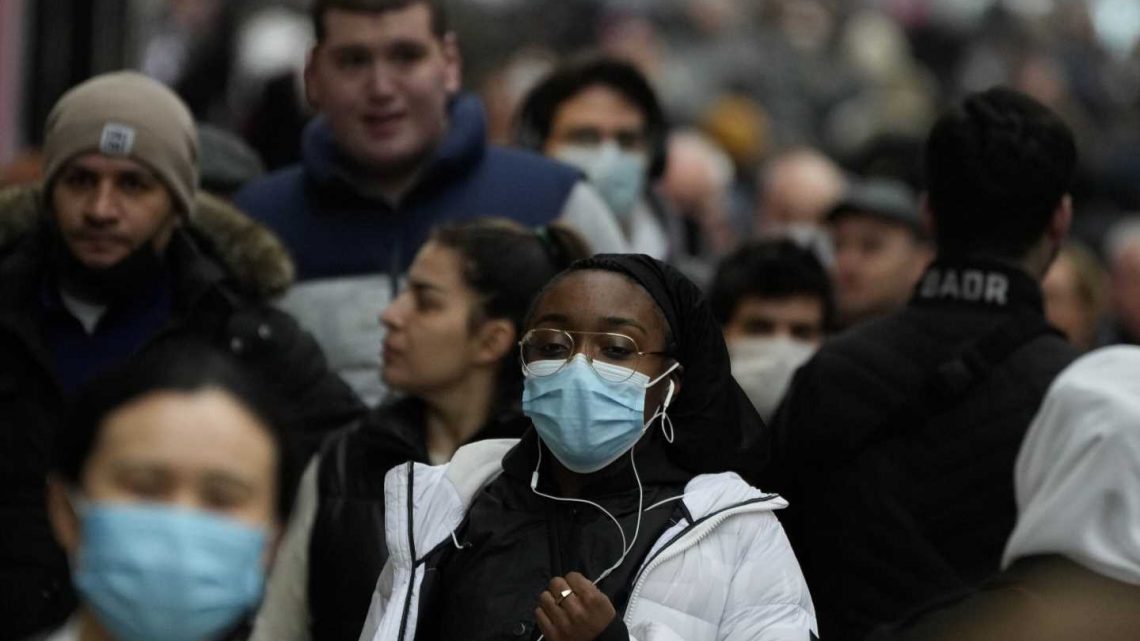 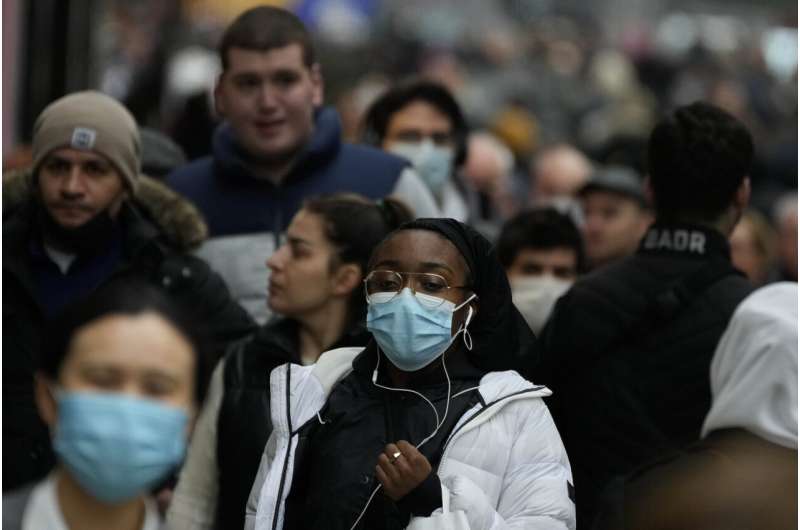 Preliminary data suggests that people with the omicron variant of the coronavirus are 50% to 70% less likely to be hospitalized than those with the delta strain, Britain’s public health agency announced Thursday in a finding that one researcher called “a small ray of sunlight.”

The findings from the U.K. Health Security Agency add to emerging evidence that omicron produces milder illness than other variants. But scientists caution that any reductions in severity must be weighed against the fact that omicron spreads much faster than delta and is better at evading vaccines.

Based on cases in the U.K., a person with omicron is estimated to be 31% to 45% less likely to go to a hospital emergency department compared to someone with delta, “and 50 to 70% less likely to be admitted to hospital,” the agency said.

It cautioned that the analysis is “preliminary and highly uncertain” because of the small number of omicron patients in hospitals and the fact that most were in younger age groups. As of Dec. 20, 132 people had been admitted to U.K. hospitals with confirmed omicron. Fourteen of them died, all between the ages of 52 and 96.

Countries around the world are looking closely at Britain, where omicron is now dominant and where COVID-19 cases have surged by more than 50% in a week.

Experts not involved with the analysis called it encouraging. 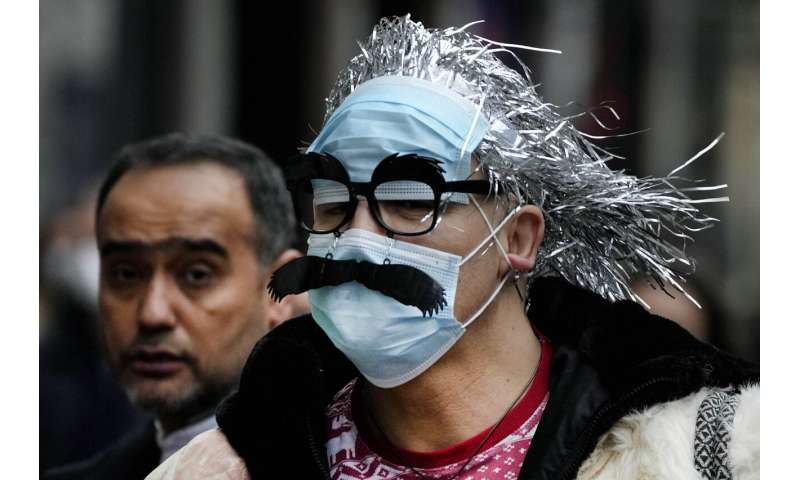 “To me, it’s a small ray of sunlight among all the dark clouds,” said Dr. Jonathan Li, director of the Harvard/Brigham Virology Specialty Laboratory.

The signs that omicron may cause less severe disease than delta also align with lab data suggesting omicron does not grow as well in cells derived from lungs, Li said.

Walker said there are still unknowns, such as the relative severity of omicron in someone who’s been vaccinated compared with someone who’s had COVID-19 before or someone who is unvaccinated and has not had the disease.

“The bottom line is the best way that somebody can prepare for this new wave is to get immunized, and if somebody is already immunized, to get a booster,” said Walker, who is an investigator with the Howard Hughes Medical Institute, which also supports The Associated Press’ Health and Science Department. 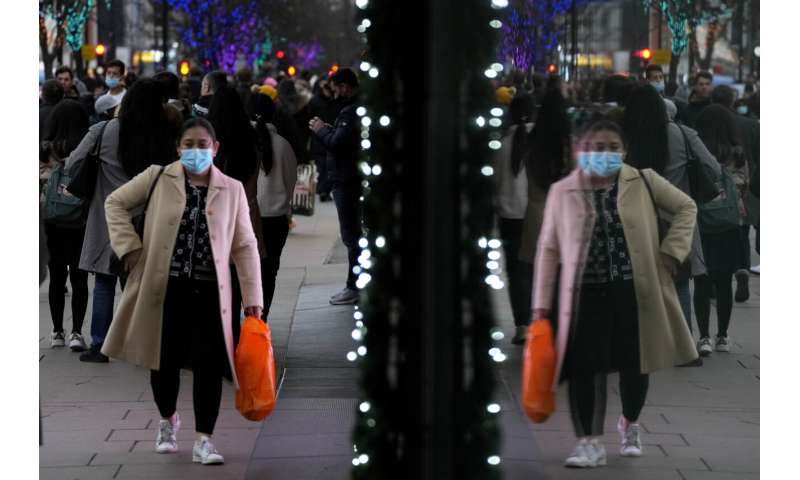 The British agency’s research said the protection a vaccine booster shot gives against symptomatic omicron infection appears to wane after about 10 weeks, though protection against hospitalization and severe disease is likely to hold up for longer.

The analysis “shows an encouraging early signal that people who contract the omicron variant may be at a relatively lower risk of hospitalization than those who contract other variants,” said the chief executive of the U.K. HSA, Jenny Harries.

But she added that “cases are currently very high in the U.K., and even a relatively low proportion requiring hospitalization could result in a significant number of people becoming seriously ill.”

The analysis follows two studies, from Imperial College London and Scottish researchers, that found patients with omicron were 20% to 68% less likely to require hospital treatment than those with delta. 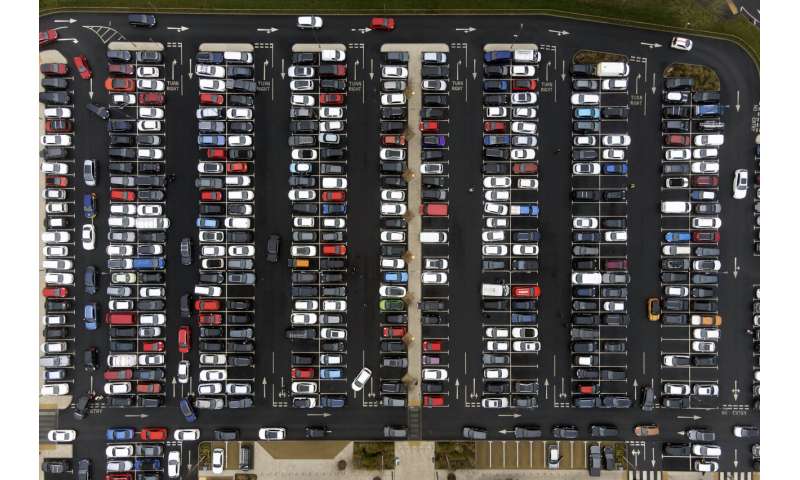 Even if the early studies are borne out, the new variant could still overwhelm health systems because of the sheer number of infections. The British health agency said omicron appeared able to re-infect people more easily than previous variants, with 9.5% of omicron cases found in people who had already had COVID-19—a figure it said was likely an underestimate.

Britain reported nearly 120,000 lab-confirmed COVID-19 cases on Thursday, the highest yet during the pandemic and the second day the number has topped 100,000.

Britain’s Office for National Statistics estimated that about 1 in 45 people in private households in England—1.2 million individuals—had COVID-19 in the week to Dec. 16, the highest level seen in the pandemic.

Britain’s Conservative government this month reinstated rules requiring face masks in shops and ordered people to show proof of vaccination or a negative coronavirus test before entering nightclubs and other crowded venues in an attempt to slow omicron’s spread. 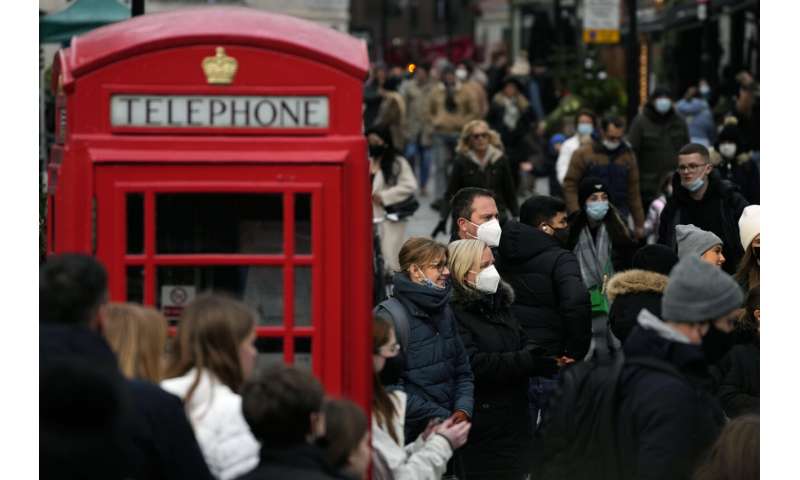 The government said Thursday that it would not impose any new restrictions before Christmas, but might do so soon after.

Officials also urged people to get tested regularly and to cut back on socializing. Many in Britain have heeded that advice, leaving entertainment and hospitality businesses reeling at what should be their busiest time of the year.

Experts pointed out that staying out of the hospital should not be the only goal; people should also try to avoid long COVID-19, which can result from mild infections.

“We’re all excited to hear that this is immediately less severe in terms of disease,” Walker said. “But do we know what the possibility of long COVID is? No, we don’t. There hasn’t been enough time (that has) passed to have any sense of whether omicron is associated with long COVID.” 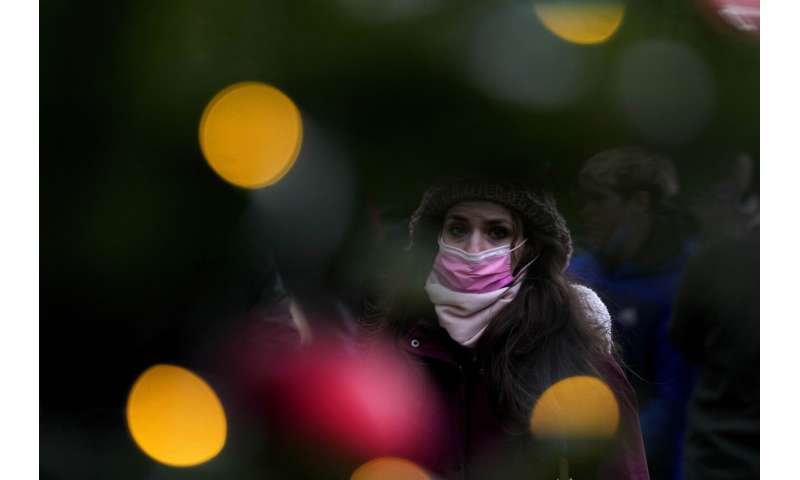 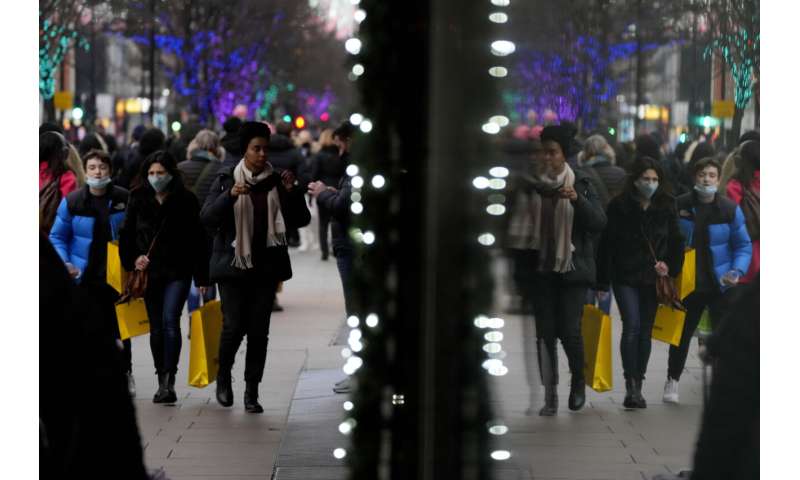 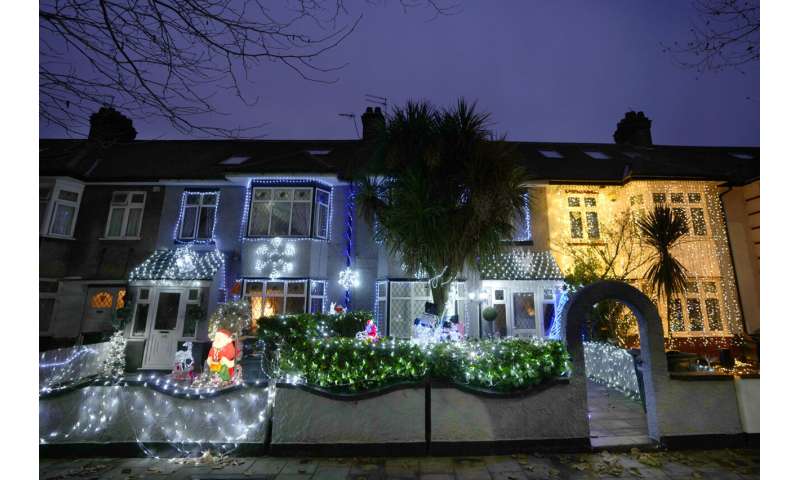 Louis Mansky, director of the Institute for Molecular Virology at the University of Minnesota, said there’s not enough data to know how omicron will play out in the U.S.

A Deep Dive on Tofacitinib’s Mode of Action