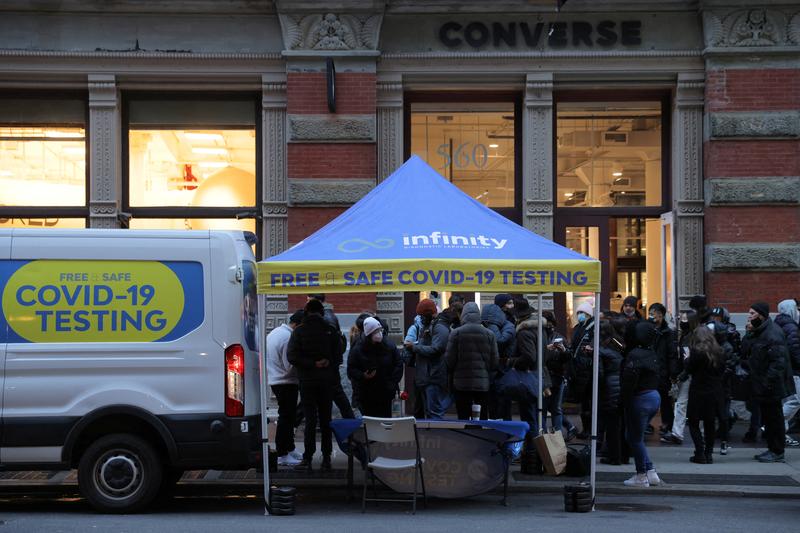 (Reuters) -The average number of daily COVID-19 cases in the United States has hit a record high of 258,312 over the past seven days, a Reuters tally on Wednesday showed as U.S. officials weigh the impact of the more transmissible Omicron variant.

The previous peak for the seven-day moving average was 250,141 recorded on Jan. 8 of this year.

U.S. Centers for Disease Control and Prevention Director Rochelle Walensky, in a round of television interviews, said she was watching the nation’s case load and its potential impact on health care providers.

While there was some data from other countries that showed less disease with Omicron, it was too early to say what the impact might be across the United States, particularly given its uneven vaccination rates, she told MSNBC.

“We may have many, many more cases and so we may still very well see a lot of severe disease in the hospitals,” Walensky said.

“What I am focused on now is making sure that we can get through this Omicron surge, that we do so with minimal amount of hospitalization and severe disease,” she added, pointing to vaccines and booster shots as top tools to curb infections.

“We are seeing and expecting even more cases of this Omicron variant,” even if many are mild, she said separately on CNN.

States showing the highest daily infection numbers on Tuesday included New York, which reported as many as 40,780 cases, and California, which reported over 30,000. Texas reported more than 17,000 cases and Ohio over 15,000.

The Omicron variant was estimated to make up 58.6% of the coronavirus variants circulating in the United States as of Dec. 25, according to data from the U.S. Centers for Disease Control and Prevention (CDC) on Tuesday.