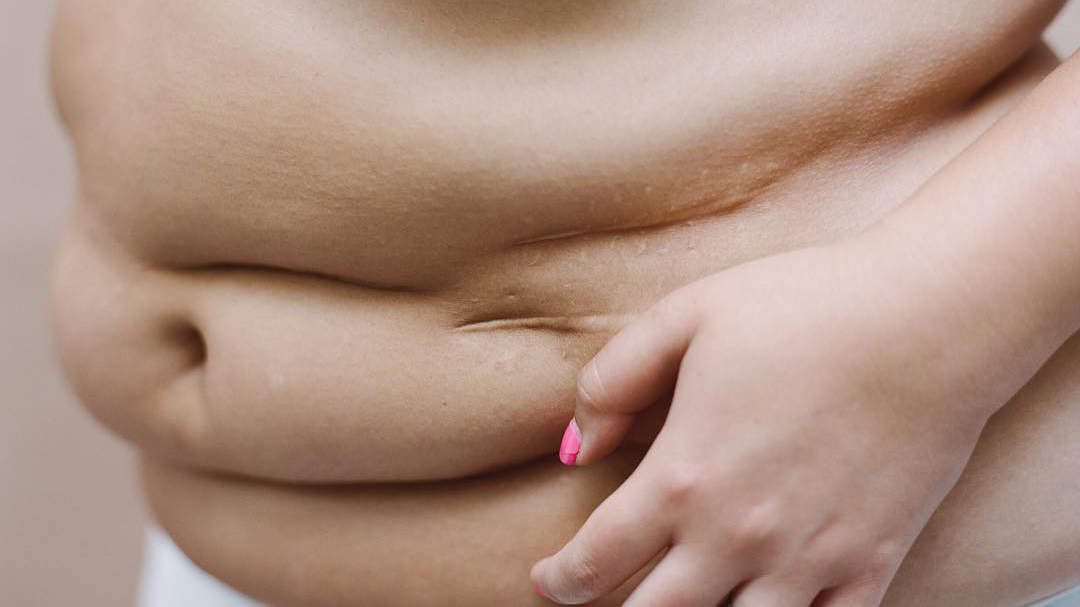 Our scars make us who we are, but sometimes it can be hard to see it that way. That’s a lesson Michelle Elman had to learn—and now she’s sharing her story to help others do the same.

Elman calls herself “unlucky.” She’s had a punctured intestine, an obstructed bowel, a brain tumor, and more health issues that have resulted in 15 surgeries. Needless to say, finding the strength to embrace her scars has been a massive part of her journey.

I used to be so scared of my own scars that I wouldn’t touch them. I thought they were more fragile than they were. I thought I was more fragile than I am. There are very few photos that capture how truly uneven my stomach is. In fact, most photos don’t even capture all of my scars. I’ve had scars since I was 1 so some are no longer indents but the ones that are, those are the ones I used to be most insecure about. I became self-conscious of my scars at 7 but I learnt to hate them at 11. It was that bottom one that I had the most issue with. Because of the way it sticks out, I had a moment of realisation that my stomach was irreparable. There was no saving my stomach after that cut was made. That cut is actually an accumulation of 7 surgery. Every operation that has happened since, goes in between this fold. Many years later, what I find most interesting is the details. The details that are rarely captured in photos. The dots either side of a line, those are from staples. I’m reminded of every time I screamed when a staple was pulled out. The unevenness of the line – indicative of the fear of the surgeon going into an emergency surgery, knowing that they had fucked up? Each incision on my stomach mirrors the lines a parent makes on the wall marking height. But instead mine measures growth. It measures strength. I have memories forever marked into me. This incision made sure my dream of a washboard stomach died. But with that one dream dying, I was given life. So far, it’s been an extra 14 years. Would you exchange society’s definition of beauty for 14 more years? I know I would. I can no longer imagine a life without my scars. And I’m not sure I want to. #ScarrednotScared • Photo taken as part of @roundtablejournal article titled “Skin Deep” in Issue 3

Elman, who’s from London, has had scars for as long as she can remember. That didn’t make it easier to embrace them growing up, she tells Health. In fact, she did everything she could to hide them and avoid conversation about her medical history. If someone saw her scars, they would ask her what happened, and she didn’t want to talk about it.

Ironically enough, Elman says as she got older, the one thing that really helped her accept her scars was finding the courage to talk about them. “What I eventually realized was that no one cared about my scars as much as I did, and the bigger deal I made out of it, the more awkward it was going to be,” she says.

These days, when people ask her how they can find the kind of self-love like she has, she advises them to have open and vulnerable conversations with loved ones. Everyone has a different perspective, she says, and speaking to others can help you get out of your own head and see your situation through another lens.

Elman has made it her mission to help others on their own body-positivity journeys. She’s written a book titled Am I Ugly? ($14; amazon.com) and has over 100K followers on Instagram who look to her as a role model.

Scars are reminders of where we’ve been in life and how far we’ve come. It’s not always easy to see them in a positive light, but when you do, you set yourself free of the pain of being at odds with a part of who you are.

A new approach to detecting cancer earlier from blood tests

What Are CT Scans and How Do They Work?
Health News