Home » Health News » This 87-Year-Old Woman Donated Her Body So Doctors Could Slice It into 27,000 Pieces 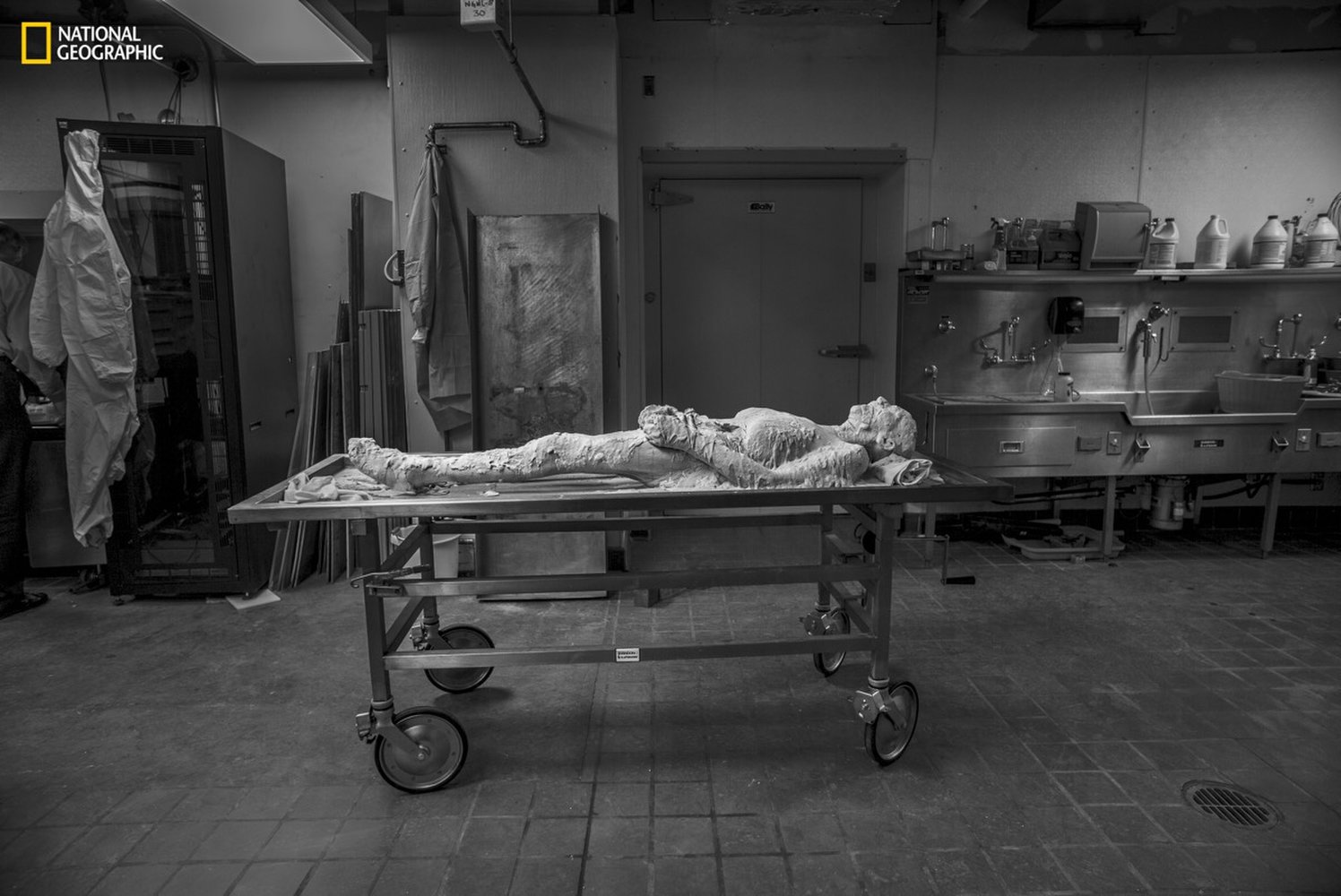 This 87-Year-Old Woman Donated Her Body So Doctors Could Slice It into 27,000 Pieces

Susan Potter knew before she died that she, or at least her body, would make history: Not only would hers be the first diseased cadaver (and one containing a titanium hip) to be frozen, sliced up and digitized for all to study, but she also came with a detailed backstory.

That's because the Texas woman, when she proposed to doctors that her body be immortalized for medical students, thought she would die in the near future. She lived another 15 years, during which every bit of her life was documented.

Potter is the subject of a profile published as part of the upcoming January 2019 issue of National Geographic. The profile focuses on Potter, her personality and what drove her to become, as the author of the story called her, "an immortal corpse."

And, unusually, Potter's personality will also be part of how future medical students encounter her corpse. The slicing-her-up-into-27,000-pieces bit is a purely practical project. Those pieces, each three times too thin for a human eye to detect its edge, have since been scanned into a computer, forming a kind of scrollable digital record of her body at the time of death.

It's now part of the Visible Human Project, an effort to create digital cadavers that students can dissect on their computer screens, over and over again. But unlike previous cadavers in the project, Potter's will come with video recordings of her in life, talking about her illnesses and the medical decisions that left their marks on her body. [The 16 Strangest Medical Cases]

Potter wasn't the first person recorded into the Visible Human Project library, as National Geographic reported. That accolade goes to Joseph Paul Jernigan, a 39-year-old man chosen because he died unnaturally, executed by the state of Texas. So his remains made for a good example of a healthy-seeming body, unusual among people in a position to donate their corpses to medical science. He was chopped into just 2,000 slices, each a millimeter thick, in 1993. A second, 59-year-old femalen, her name unknown, was chopped into 5,000 0.33-mm slices a year later, after she died of heart disease.

National Geographic's story is about how Potter, who had been through "a double mastectomy, melanoma, spine surgery, diabetes, a hip replacement and ulcers," talked her way into being part of a second phase of the project, one its leaders weren't sure would even happen: the inclusion of a diseased body in the database.

Potter first approached the Visible Human Project about inclusion in 2000, National Geographic reported. She didn't think she had long to live.

But then she went on to live another 15 years, dying in 2015 at age 87. Over the course of that period, she became close with researchers on the project and medical students similar to those who will eventually study her digital cadaver. And Potter traded that closeness for an incredible level of access to the the people and facility that would eventually dismember her body. She insisted on a "top to bottom" tour of the "meat locker" where the slicing and preserving would be done, according to National Geographic.

That tour wouldn't have been for the faint of heart. After her death of pneumonia on February 15, 2015, doctors recovered her body from the hospice where she died and placed it into a freezer that dipped to minus 15 degrees Fahrenheit (minus 26 degrees Celsius).

They would have had to work fast; Potter carried a card at all times notifying whoever found her body that they had just four hours to get it frozen for the preservation to work. Potter remained in that freezer for two years. Then came the laborious work of cutting and imaging the slices. The first step involved a "two-person crosscut saw" to divide her 5' 1" (155 centimeter) frame into quarters. Then a precision cutter further reduce those quarters to individual slices for imagine.

You can read the full article on Potter, her life and her cadaver here, as part of National Geographic's January 2019 special single topic issue, The Future of Medicine.

Parents should hire babysitters for the day AFTER the Christmas party