Home » Health News » The woman should get the steak: how gender norms are compromising diet 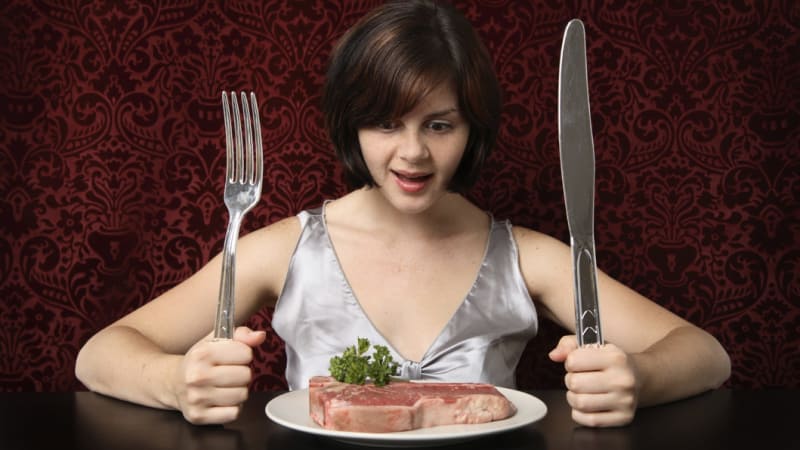 The woman should get the steak: how gender norms are compromising diet

It is a phenomenon often observed when a sit-down menu offers two options: the man has the steak, and the woman takes the chicken.

Or, consider coffee orders at a cafe: are men and women flocking to soy and almond milk in equal numbers? It seems unlikely.

According to the Australian Institute of Health and Welfare's Nutrition Through the Life Stages report, released last month, women are failing to include enough iron and calcium in their diets. 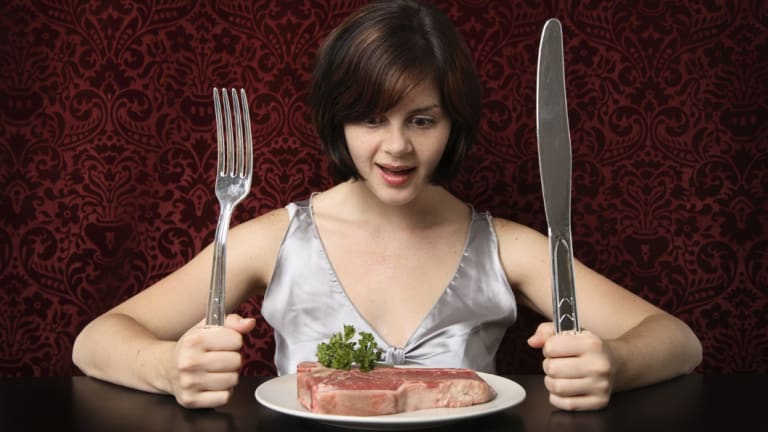 The deficiencies were particularly pronounced in the 14-18 age group, where nine out of 10 girls fail to meet the recommended calcium intake and two out of five are not consuming enough iron. In the 19-50 age group, 38 per cent or nearly two out of five women were low on iron, and roughly one in seven did not meet their calcium requirements.

Professor Clare Collins, nutrition and dietetics researcher at the University of Newcastle's School of Health Sciences, said younger women might not be aware they require quite high levels of iron in their diet.

"One of the first things to recognise is that the iron requirements are really high for that group, because of menstrual losses and because it is the child-bearing years," Professor Collins said.

"They are much higher than for men. So, theoretically, when you sit at the dinner table, it should be the young woman who is getting the big steak and the bloke should be eating vegetarian dinner."

The Australian Health Survey, conducted by the Australian Bureau of Statistics in 2012, found women were three times more likely to be at risk of anaemia than men.

When it comes to calcium deficiency, which can lead to bone-related conditions such as osteoporosis later in life, the problem is more likely the rise of plant-based diets like vegetarianism and veganism.

"Nutrition has become very fashionable, and there is certainly more awareness about [diets] like vegetarianism and veganism through social media," said psychologist and founder of Sydney's Cadence College of Nutrition and Health Coaching, Leanne Cooper.

Although Ms Cooper stressed there was nothing wrong with following a plant-based diet, she said it was necessary to put such a diet together "in a considered way" to avoid deficiencies.

The effect of body image pressures and diet culture on women also cannot be excluded.

"Women tend towards the more delicate food and it comes back to that body image thing where it's OK for men to carry a few extra kilos, but less so for women," Ms Cooper said.

"Young women are more likely to be interested in losing weight, and if you just look up a straight kilojoule book, you go, 'Oh wow, look at all those kilojoules in meat. If I just drop that off I'll reduce my kilojoules'," she said.

For women who have elected to not eat animal products, Professor Collins recommends choosing alternative milks that have been fortified with calcium, and comparing the nutritional information of similarly sized bottles of milk and alternative milk at the shops before making a selection. High-iron foods like legumes and lentils can be consumed with Vitamin C, to increase iron absorption.

"If you want to meet your dietary requirements as a vegetarian young woman, you've got to be onto it."