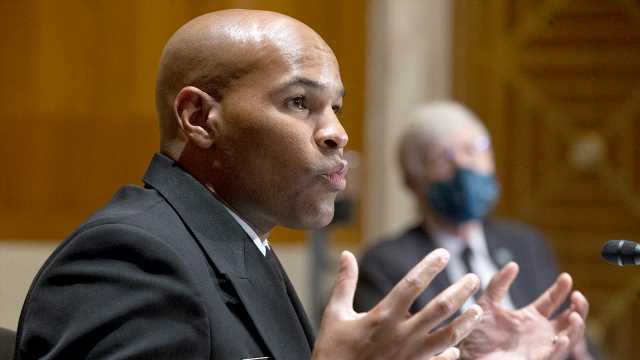 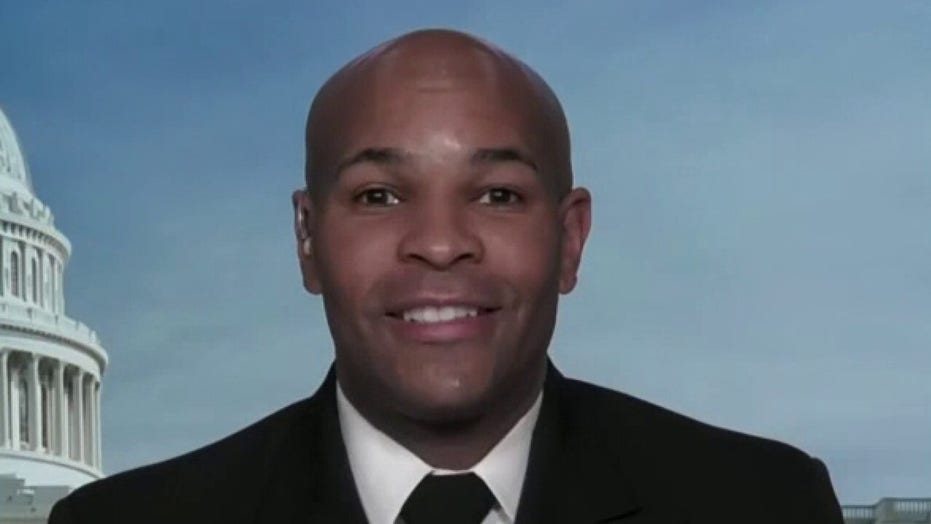 US surgeon general on COVID-19 vaccine rollout: ‘Beginning of the end’

U.S. Surgeon General Jerome Adams says there are ‘a few miles left to run in this race’ as millions of doses of a COVID-19 vaccine are shipped across the country.

“It’s a great day, it’s a historic day, this is the beginning of the end, but we’ve still got a few miles left to run in this race,” Adams told Fox News’ Steve Doocy.

Adams' comments surfaced shortly before the first doses of New York’s coronavirus vaccine supply went to a health care worker who spent the last 10 months working the front lines as the illness ripped through the state. The Northwell Health employee, who was the first to receive the vaccine on Monday, was identified as Sandra Lindsay, RN, a critical care nurse at Long Island Jewish Medical Center.

Doocy questioned how the U.S. achieved a mass rollout in record time.

“There were no cutting of scientific corners, it was the cutting of administrative red tape, it was massive funding which allowed us to scale up production even as the vaccine was being produced,” Adams said.

Dr. Stephen Hahn, Food and Drug Administration commissioner, made similar comments during a briefing on Saturday, during which he told reporters: "Again, let me be clear: We did not cut corners in our regulatory process," adding that FDA officials, including Dr. Peter Marks, director of the FDA’s Center for Biologics Evaluation and Research, worked with vaccine developers since the beginning to expedite clinical and preclinical development.

Hahn told reporters it was "all hands on deck allowing for seamless development process," and added that officials worked "very closely" with manufacturers and sponsors as they gathered data and decided to file for an emergency use authorization from the FDA. Marks added emergency use authorizations don't require the type of site inspections for biologics license applications and fully approved vaccines.

Adams compared the vaccine’s platform technology to switching a game out of an Xbox, saying: “If you get a new Xbox and you want to change your game out, you don’t throw the whole Xbox out and buy a new Xbox, you just get a new game.”

Adams said the mRNA technology, which Pfizer and Moderna both use (the latter of which is still pending FDA emergency approval), has been around for over a decade and is safe and effective.

"We changed out the cartridge to adapt it to COVID-19, and that is really scientifically what allowed us to get here in record time,” Adams said, adding that the massive effort is a “tremendous success and the American people should be proud.”

"There will be hiccups undoubtedly, but we’ve done everything from a federal level and working with partners to make it go as smoothly as possible," he continued.

While the U.S. began to vaccinate the most vulnerable on Monday, including health care workers and residents of long term care facilities, Adams said the country will begin vaccinating the general public in the first quarter and beginning of the second quarter of 2021.

GET THE FOX NEWS APP

"We need you to hang on a little bit longer, continue to wear your mask. Continue to wash your hands, continue to watch your distance, it’ll help us to reopen even before we can get vaccines in everyone’s arms," the surgeon general said.

Abilify by itself
Health News