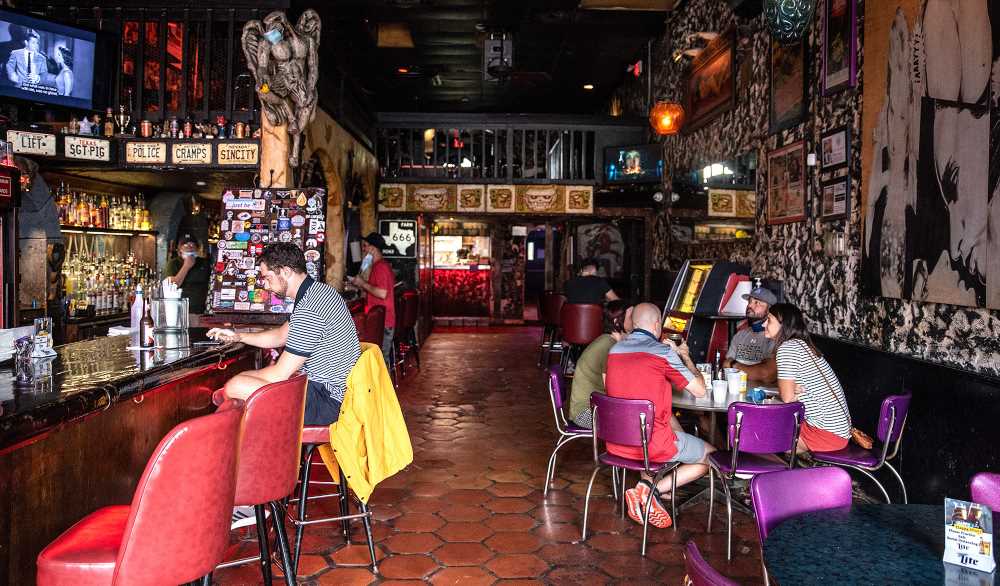 States that allowed bars to reopen during the coronavirus pandemic saw their COVID-19 cases double on average, a new analysis from the Washington Post found.

With patrons crowded together indoors and drinking and talking unmasked, cases in states like Louisiana, California and Arizona had doubled within three weeks of reopening, the Post found, using cellphone tracking data and COVID-19 case reports.

They found “a statistically significant national relationship between foot traffic to bars one week after they reopened and an increase in cases three weeks later.”

Nine states — Arizona, California, Colorado, Florida, Kentucky, Louisiana, Michigan, Texas and Washington — all ended up closing bars and restaurants again due to a rise in cases soon after allowing them to reopen.

Two of the states, Colorado and Louisiana, publicly share the contact tracing data that they put together after a person tests positive for the virus. Their data shows that around 20 percent of COVID-19 cases in each state came from bars and restaurants, the Post reported. And in Louisiana, a significant majority of those infections — 480 — occurred at bars, with 180 coming from restaurants.

In Minnesota, health officials have tracked 1,592 of the state’s COVID-19 cases back to 66 restaurants and bars in the state.

San Diego, California, had the highest amount of infections from bars and restaurants of any part of the U.S., with one-third of all cases coming from those businesses.

In all but eight states in the U.S., bars are once again open in some capacity, and health experts worry about another rise in infections, particularly as the weather cools down and outdoor dining and drinking becomes less feasible. A Centers for Disease Control study published Thursday found that in a survey of adults who had been tested for COVID-19, those who tested positive were “twice as likely” to have recently dined at a restaurant compared to those who tested negative.

But the hospitality industries are struggling, with 2.5 million jobs lost since February and many businesses hovering on the edge of closing permanently without a federal bailout.

“Winter is coming, and I’m staring down the barrel of the gun of what’s going to happen,” Ivy Mix, the owner Leyenda restaurant in New York told the Post. Mix said that even with New York City’s plan to allow 25 percent capacity inside restaurants beginning Sept. 30, she’s not sure if they can survive.

“This is almost like being thrown a deflated life-jacket — the action and the symbolism is there, but the actual aid is not,” she said.